Last Sunday I went with my daughter and husband to Eason's, Dundrum Town Centre, to meet and get our books signed by Col Chris Hadfield, Canadian astronaut. Col Hadfield has been up in the International Space Station three times, including being the station commander on his last tour of duty (ended May 2013). Along with millions of other people, I first became aware of Hadfield through his version of David Bowie's "Space Oddity" which he sung from the ISS (I have previously posted it). He was really interested in spreading the word about space exploration and posted many short videos to YouTube to answer questions about life in space - here are two of my favourites:

How do you sleep in space?

How do you brush your teeth in space?

A few weeks ago, in anticipation of the book signing, we picked up Hadfield's latest book "You Are Here". It is a coffee-table book of photographs of the earth from the ISS. Apparently it is Hadfield's favourite selection (from 45,000 that he took!) of views that he would like to show his best friend. 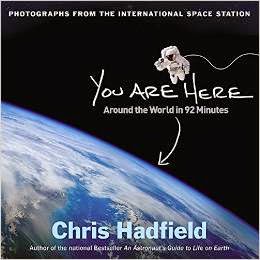 Last February I gifted my husband Hadfield's autobiography so we also took it along with us to be signed. 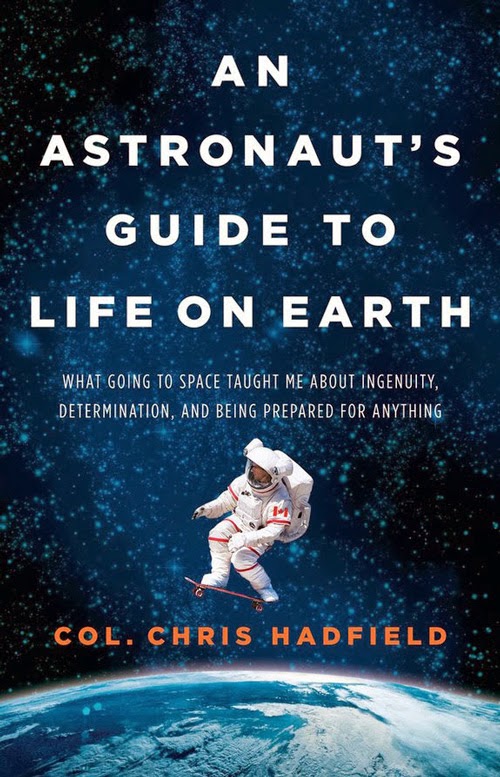 The Irish Times had reported on the book signings of "Ireland's Favourite Astronaut" so the queue was lengthy. Hadfield though is so personable, happily willing to have his picture taken with everyone, shaking hands, and writing personal dedications that it was well worth the wait to meet him and a big thrill! He is donating his profits from "You Are Here" to the International Red Cross.

Posted by Lorraine Whelan at 10:59