In a previous post I spoke about founding a press to produce my first chapbook (info here) and in another post I spoke about the card I made my Grandmother in 1969 (info here), which has inspired the title and cover design for this first chapbook of poems. To get a better idea of lino design, I used a black marker to create sketches for the cover design sketches. This allowed me to immediately see what changes I needed to make before proceeding. 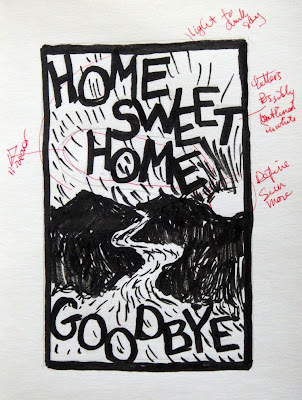 In a later sketch I also used a white pen to make contrast more apparent. 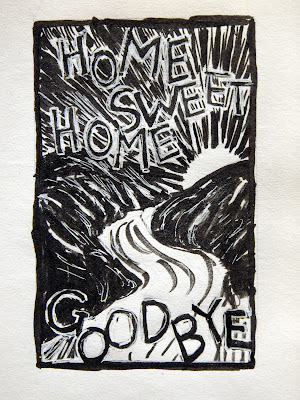 To transfer the design onto the lino block, I used the simple, old-fashioned technique involving tracing paper 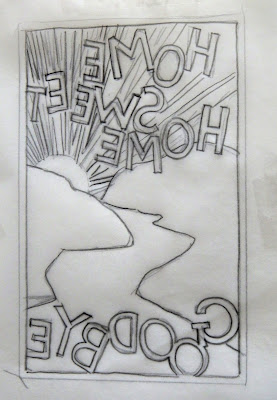 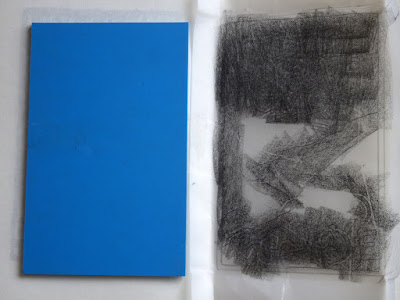 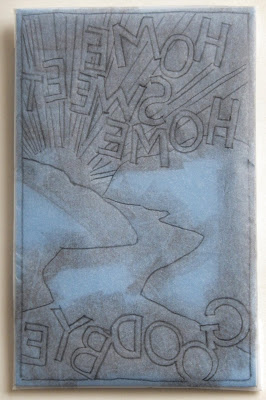 This picture shows the ready-for-cutting lino block beside the template sketch. 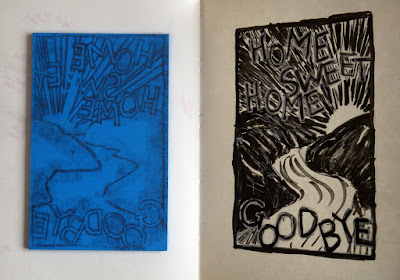 This picture shows that I have started cutting into the lino! NB the picture was taken at an angle in order to see the groove marks that cutting makes. 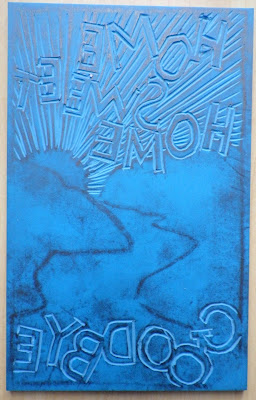 Posted by Lorraine Whelan at 10:26