Time during this lockdown is totally bizarre! Even things that happened recently seem long, long ago. I am just re-capping here a couple of highlights of May and June, and I feel like I am looking back at years ago. At the beginning of May I was happily working on some oilstick drawings in my studio, as part of the Memory Is My Homeland series and finished this piece, Kingswood Iris. I have previously blogged many times about different pieces for this series, and I have posted those links in last week's blog, which can be found here. I have specifically talked about Kingswood Iris here. 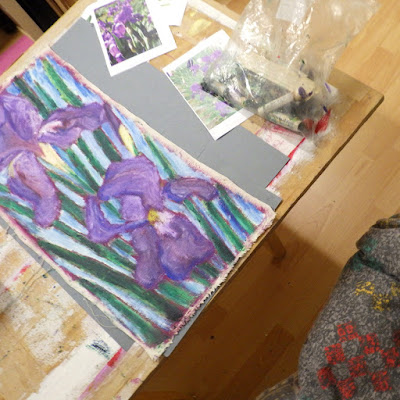 Signal Arts Centre re-opened in June so that staff could prepare for a public re-opening in July. Because of this, a number of firings were put on as there was a plethora of ceramics from the workshops that were waiting patiently since March for something to be done with them. One of the first things of mine that came out of a glaze firing, was the large glaze-painted tulip vase. Three years ago, I had meticulously painted a tulip design on a vase but the results were disastrous as what I thought was a white glaze was, in fact, a glossy white paint! The results sat idle for a number of years until I decided to revisit the vase in the New Year. I blogged about the process of reclaiming this vase here, including giving links to the initial work and failure. 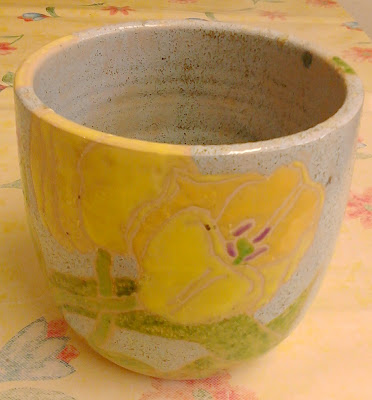 In the latter half of June, I took a 2-part silk fibre paper-making workshop via zoom. I was completely unaware of this process for paper-making but loved it and could immediately see the possibilities for my future artmaking! I blogged in more detail about this workshop here. 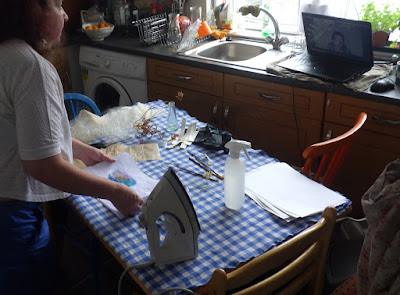 In addition to my tulip vase (above), I also had a number of draped slab dishes come out of the kiln in June. I had glazed several of them with a crackle white glaze, the crackle in this glaze only becoming apparent after India ink is applied and rubbed off. I blogged about this process here. 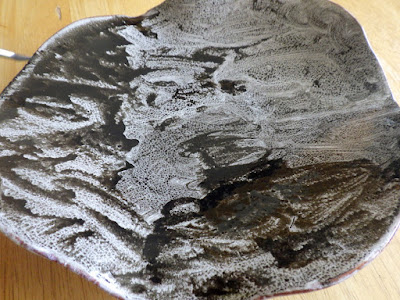 Also in June, I took part in the "Grasp the Arts" campaign. The point of the campaign, for me, was to highlight the role of artists in society's general mental well-being. Many art practitioners, in the widest sense, have lost work and opportunities during the lockdown. An under-acknowledged field of work, the arts are the mainstay of civilisation and survival and it is during lockdown that people have turned to the arts for entertainment - through binge-watching tv shows, streamed music, fb & instagram music &  poetry gigs, theatre, opera, literature, etc - to mentally survive this crisis. I discuss this campaign further here. 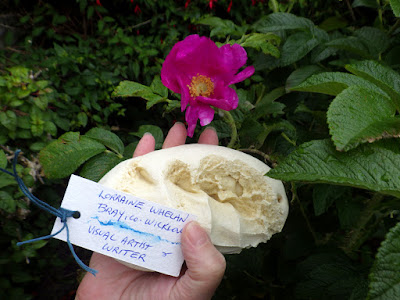 Posted by Lorraine Whelan at 09:31