We went to the Mermaid Arts Centre this afternoon to hear Vyvienne Long and The Balanescu Quartet do a rehearsal for their gig Saturday week.  It was fascinating to hear them play, and the banter as they tweaked a few pieces to perfection.  It was supposed to be open to the public for half an hour, but 45 mins went very fast.  What a lovely way to spend lunch! 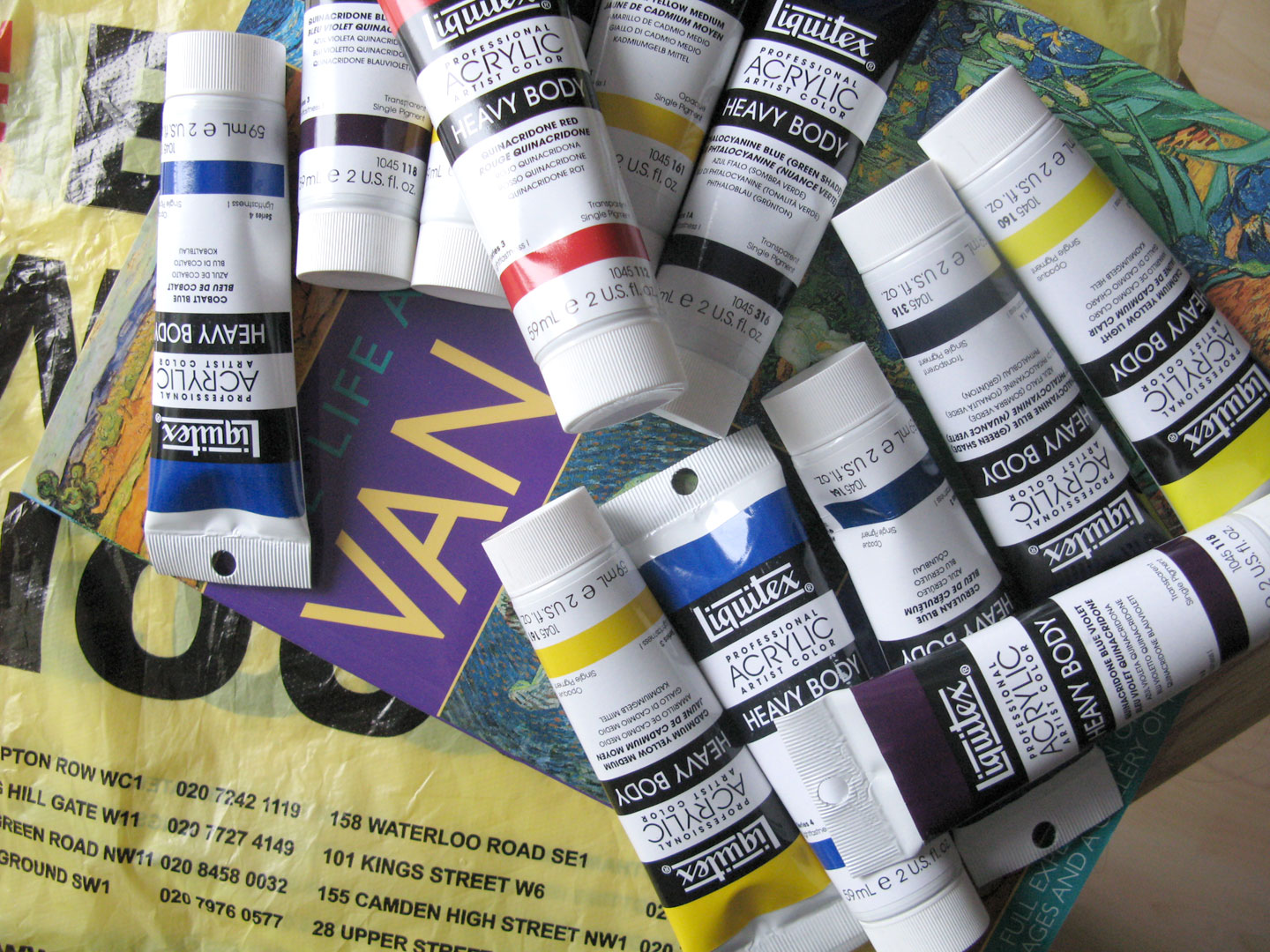 In the meantime, I am also working on some new paintings for my Moments series and revelling in my recent acquisitions from London -- Liquitex paint bought at Cass Art in Richmond and my new Van Gogh book with lots of colour pix!  I have also been enjoying my various bits of reading, including the manuscript of a novel (unpublished so far) of one of my sisters-in-law. Posted by Lorraine Whelan at 16:50 No comments:

Email ThisBlogThis!Share to TwitterShare to FacebookShare to Pinterest
Labels: Anna Funder, Cass Art, culture, Drawing on the Right Side of the Brain, Kurt Vonnegut, London, Moments, paint, reading, The Balanescu Quartet, The Wreck of the Mary Deare, Vyvienne Long

James edited together the film from the plantcam in the studio to create this video of me painting the egg -- 10 days of work tuned down to 2 and a half minutes.  Some feat of magic I'd say!

We spent a day in the Science Museum, which is pretty fabulous!  There is a huge hands-on section for kids of all ages.  Here we are learning about infra-red and heat detection. 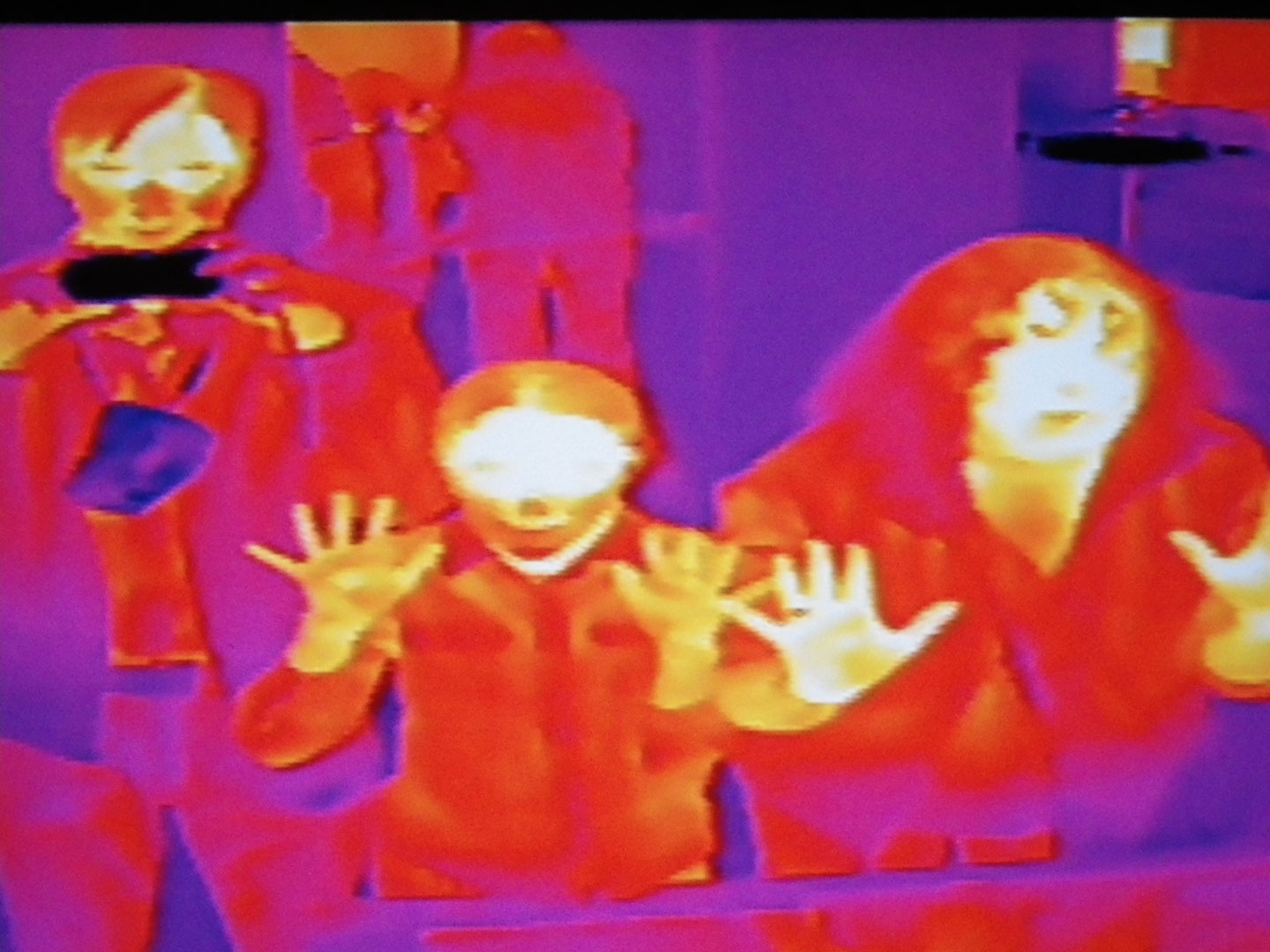 We also saw a 3D Imax film, Deep Sea, which we thoroughly enjoyed!  Elise was delighted that Captain Jack Sparrow (aka Johnny Depp) was one of the 2 narrators (Kate Winslet being the other).  We also went to the short Apollo Experience in 4D (the chairs moved, we got sprayed by water at splashdown, etc.).  It was a full fun day!  The next day (I think) among other things, we went to the British Museum to meet up with some favourites.  Elise wanted to see the Rosetta Stone again as she didn't remember it from last time and her class had been studying Egypt earlier this year.  We also made special re-visits to the Sutton Hoo artifacts which I love, the Egyptian galleries and the Easter Island giant stone figure. 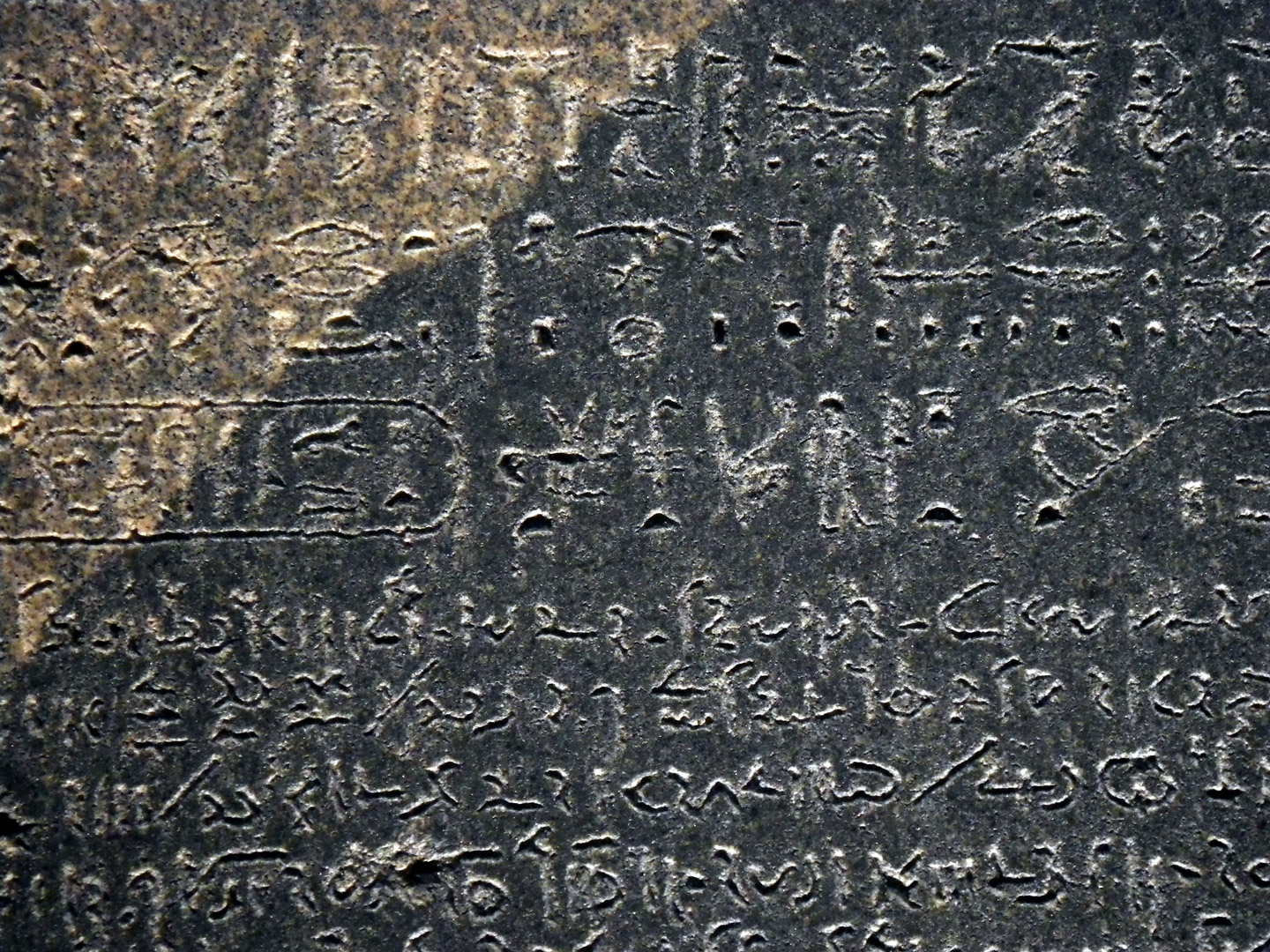 We got to the Saatchi Gallery on the Wednesday, specifically to see Richard Wilson's installation in the basement.  The room is filled with sump oil except for that small angular walkway.  Unfortunately the walkway is not open to the public, so viewing is from a balcony.  The reflections are pure and the room is so serene. 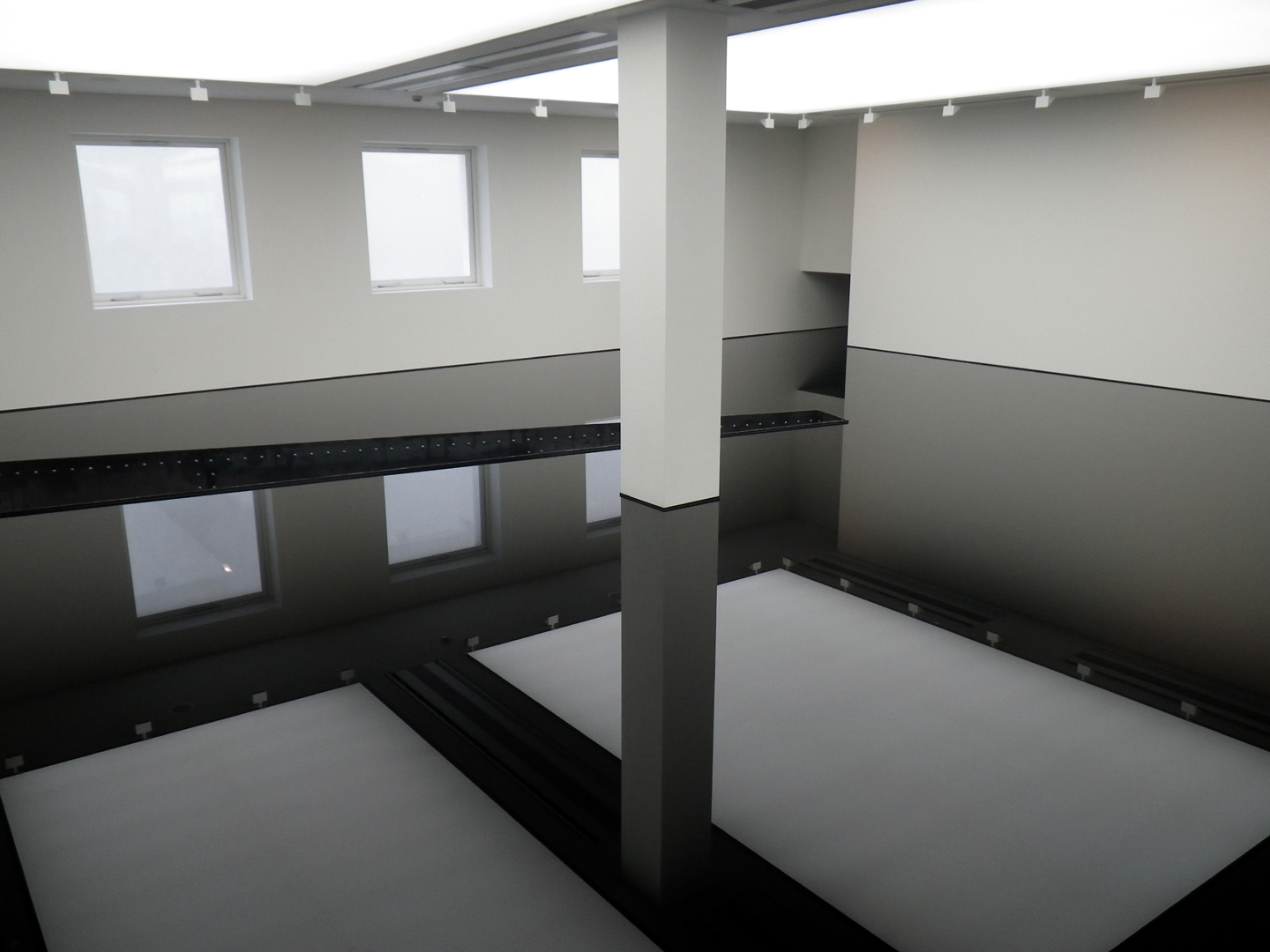 I also did a Placement© while we were waiting to check in, as we had arrived a bit early to Heathrow. 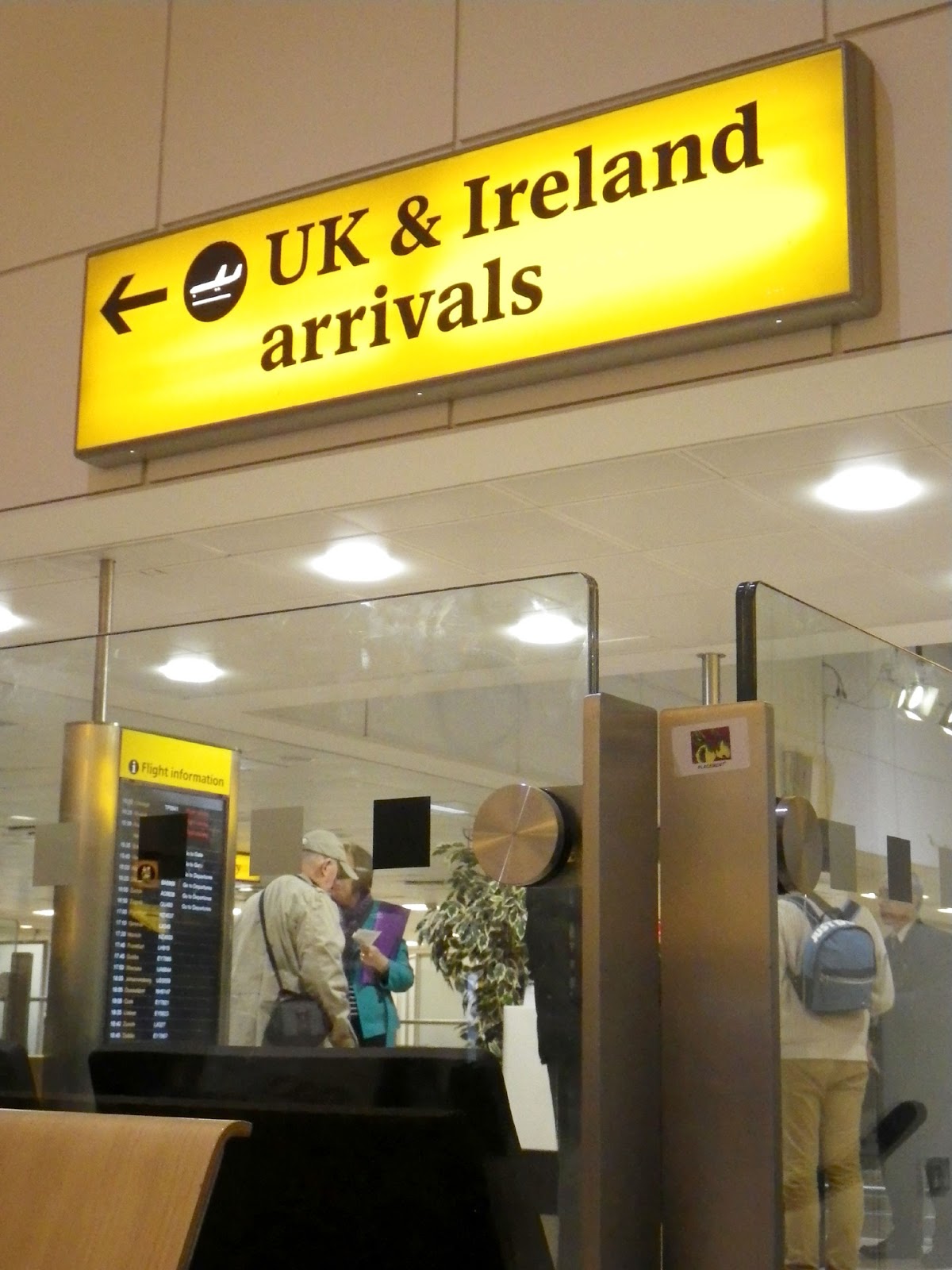 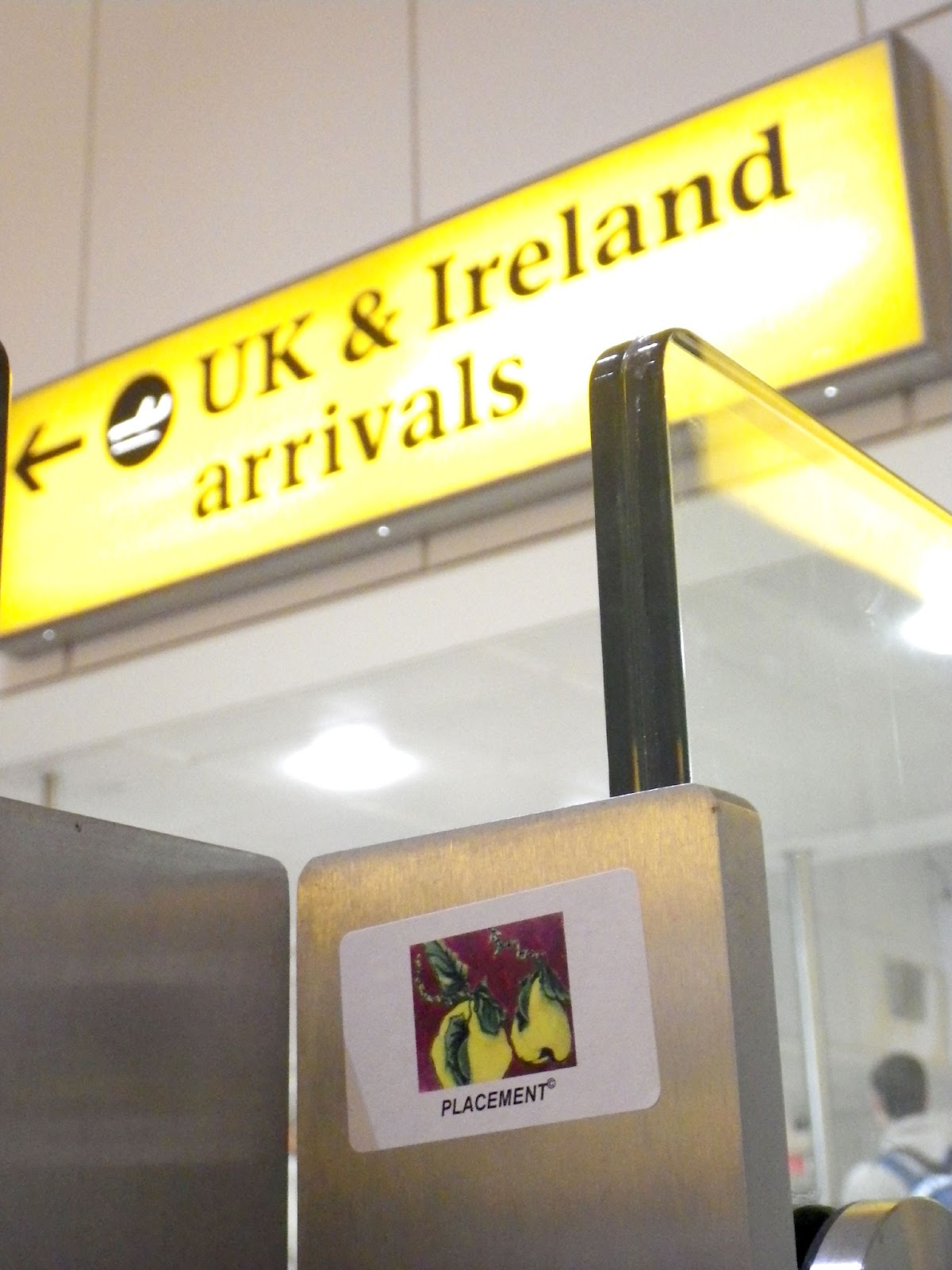 I'll do another post on visiting museums & galleries in London later, but in the meantime I thought this was too funny/interesting to resist!  My Mum gets the Racing Post regularly as she bets on horse races, but there are plenty of other things to bet on! 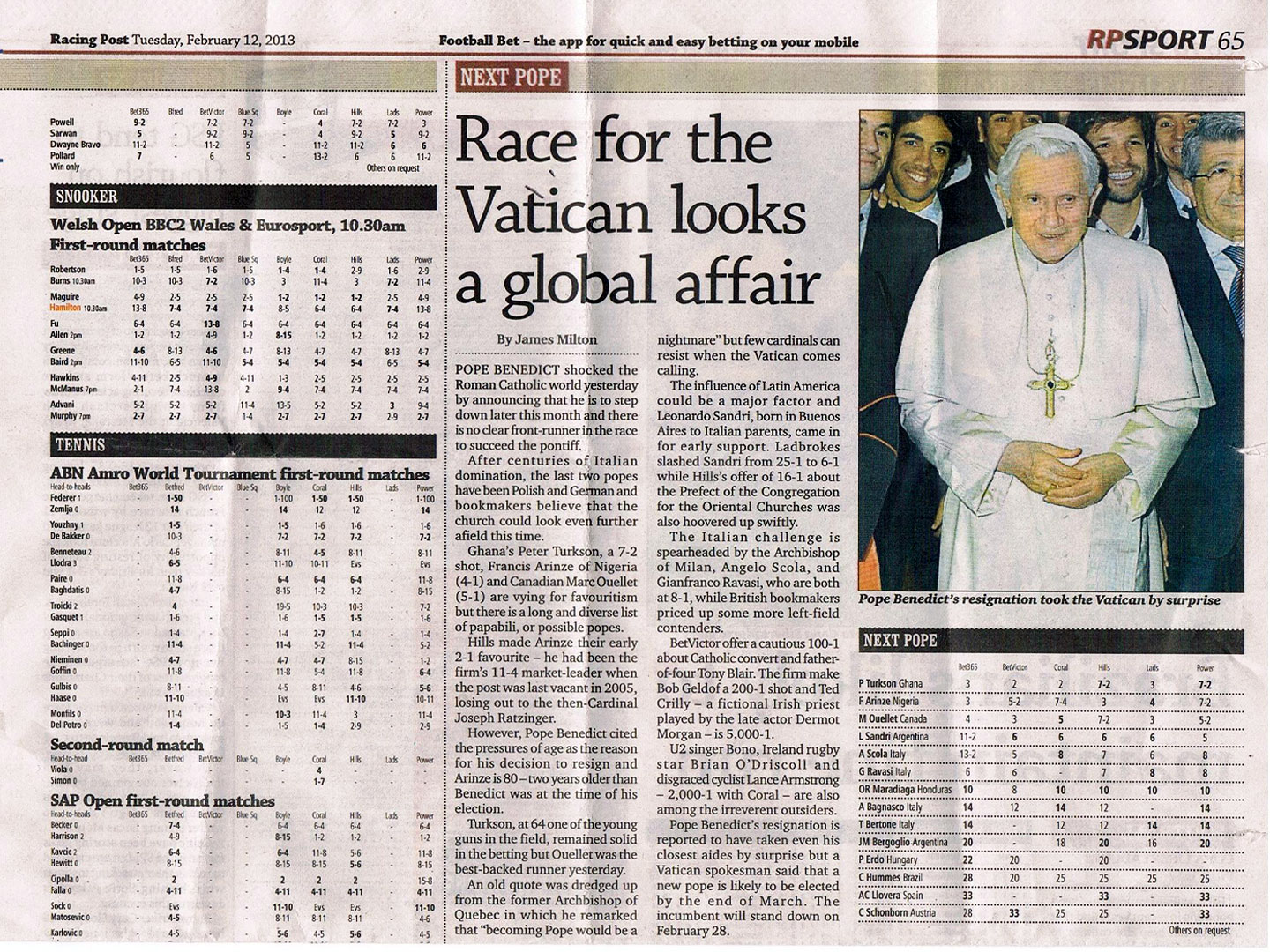 Posted by Lorraine Whelan at 12:03 No comments:

We were in London for Chinese New Year.  We missed the parade (which started at 10 am) as we didn't want to spend the whole day outside in the rain (it was non-stop).  It was very festive and crowded for the events in Trafalgar Square, and Chinatown was absolutely packed.  Lanterns all over the streets of Chinatown, this is the view from our restaurant window.  We were happy to be inside at Hung's, not outside! 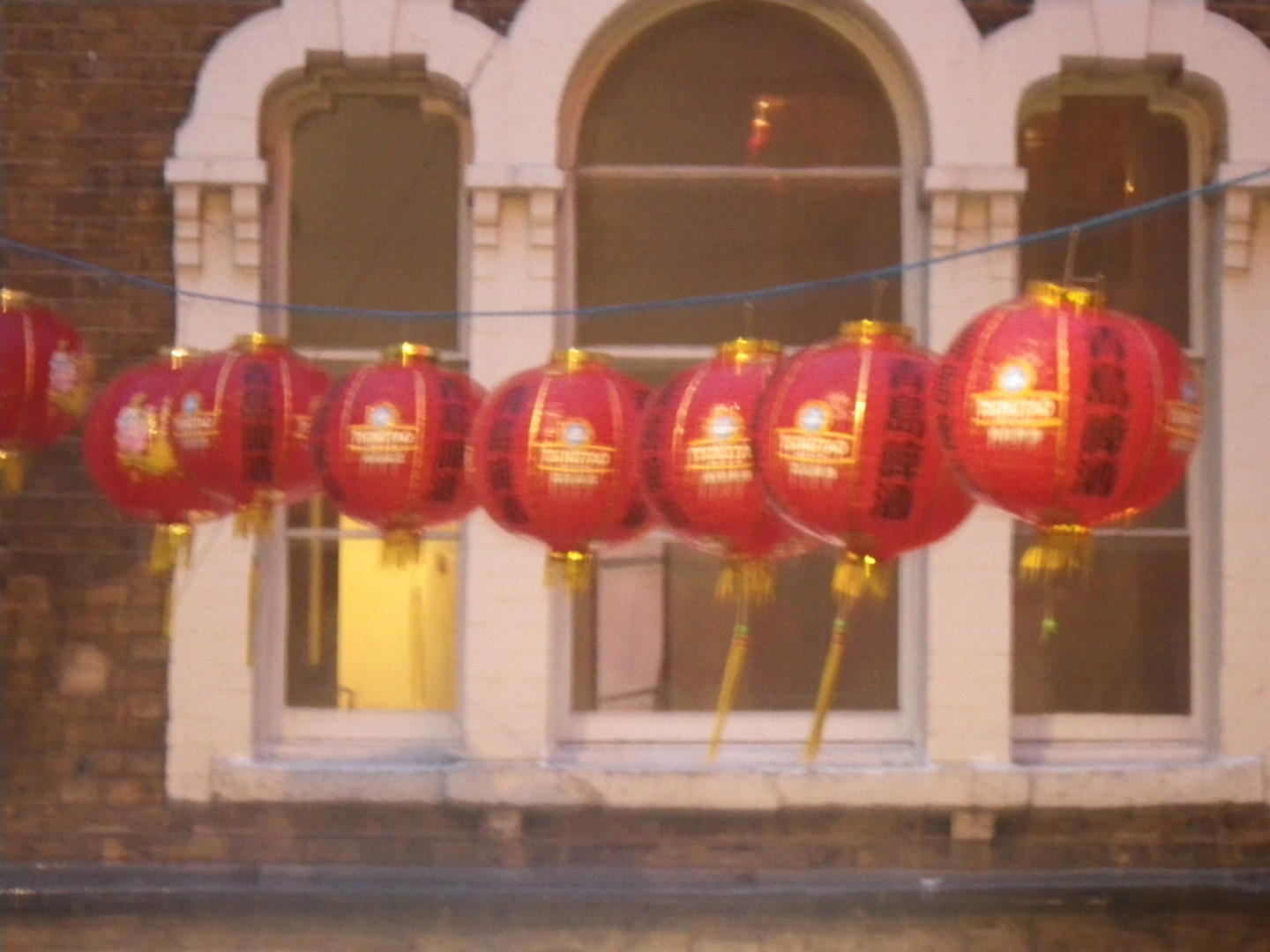 While in London I also did a few new Placements.  This is outside Hamley's toy store near Oxford Circus, we spent a few hours inside with my daughter! 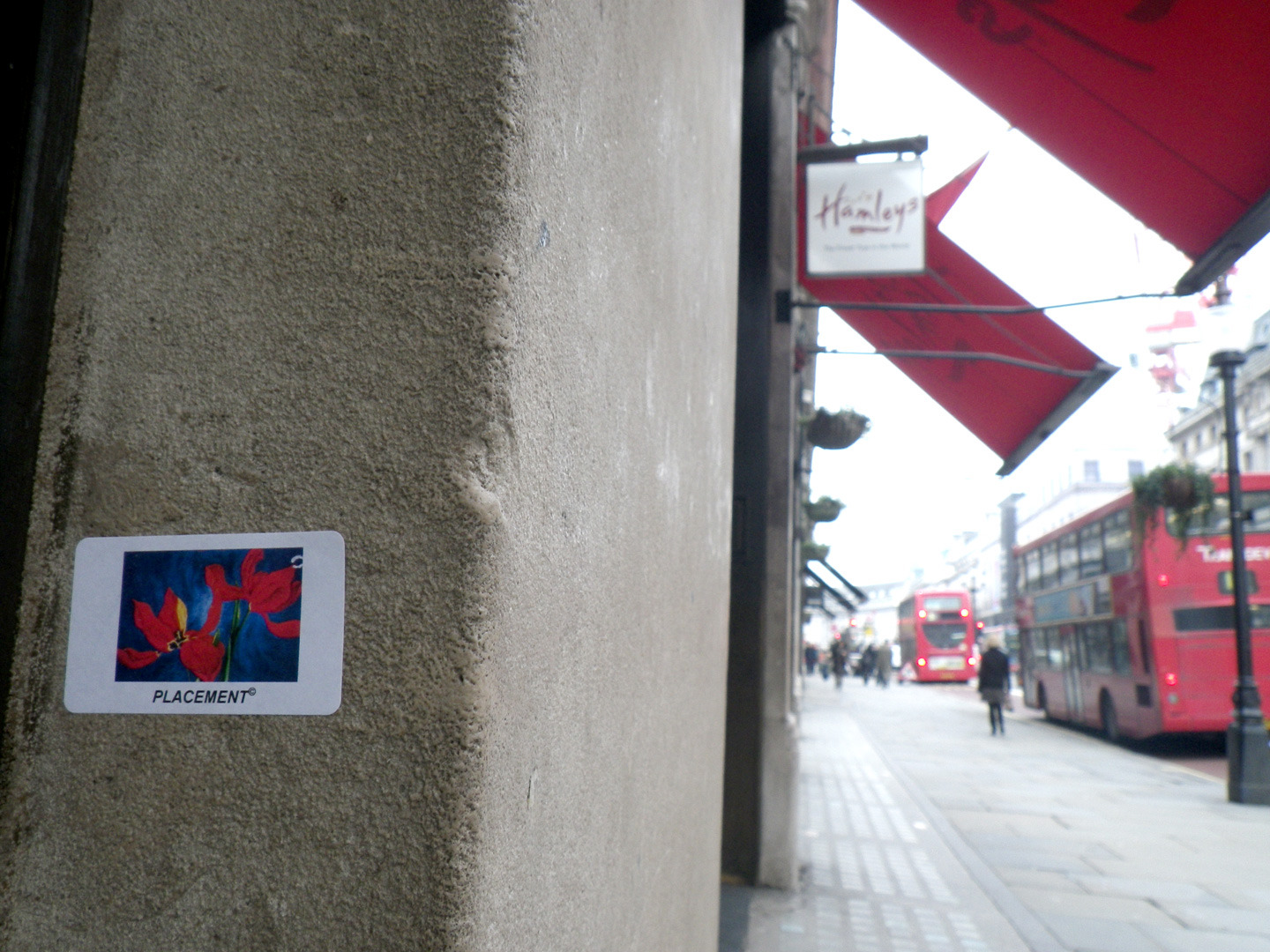 This gives some context for the Placement. 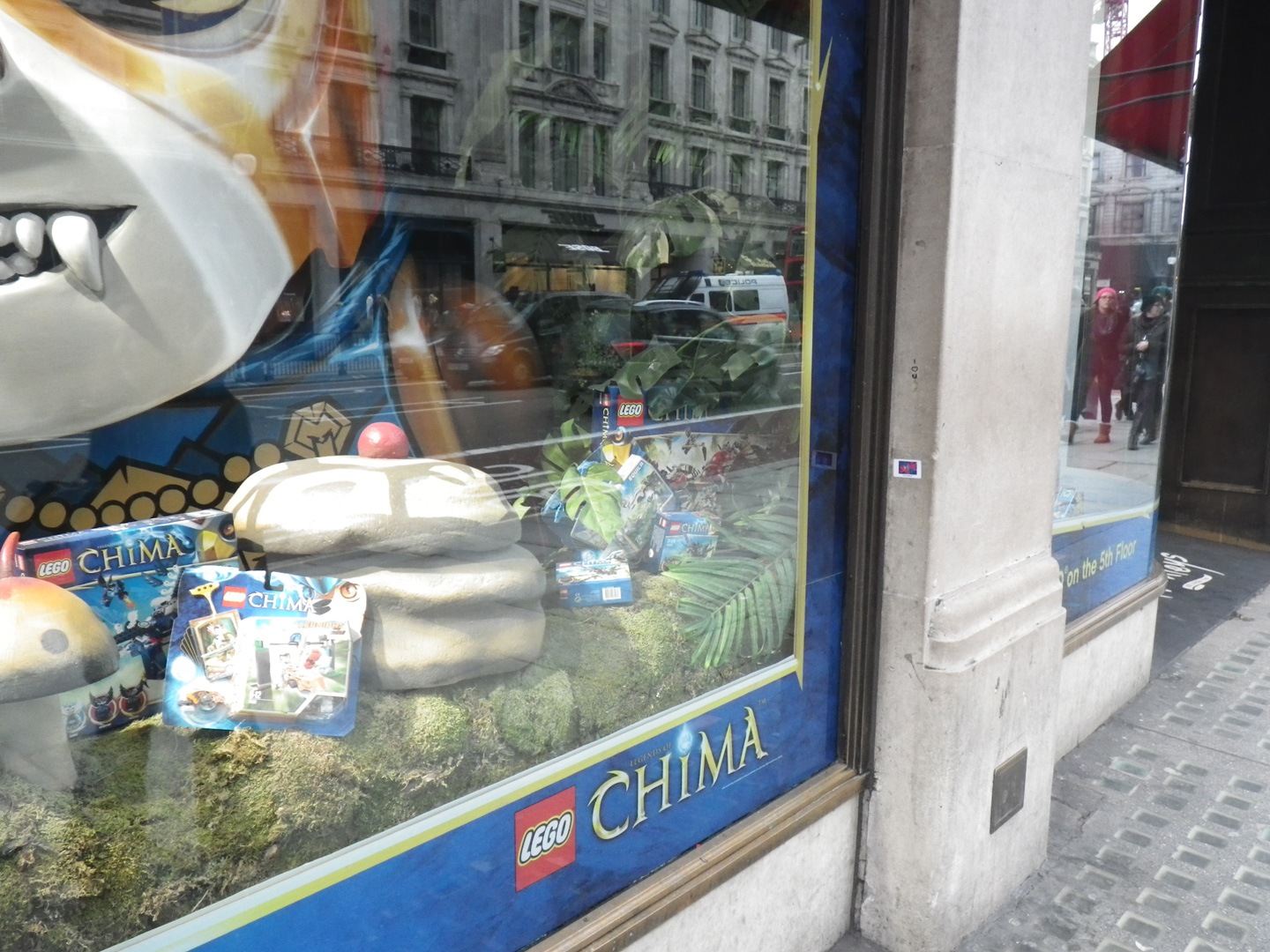 Posted by Lorraine Whelan at 15:35 No comments:

Wow this is amazing! I have never used a mortar and pestle before, but yesterday I was making a quick salsa to go with our dinner and needed to crush the coriander seeds.  It worked like a charm and that salsa was pretty tasty too! James bought the marble set a few weeks ago but this was the first time for it to be useful. 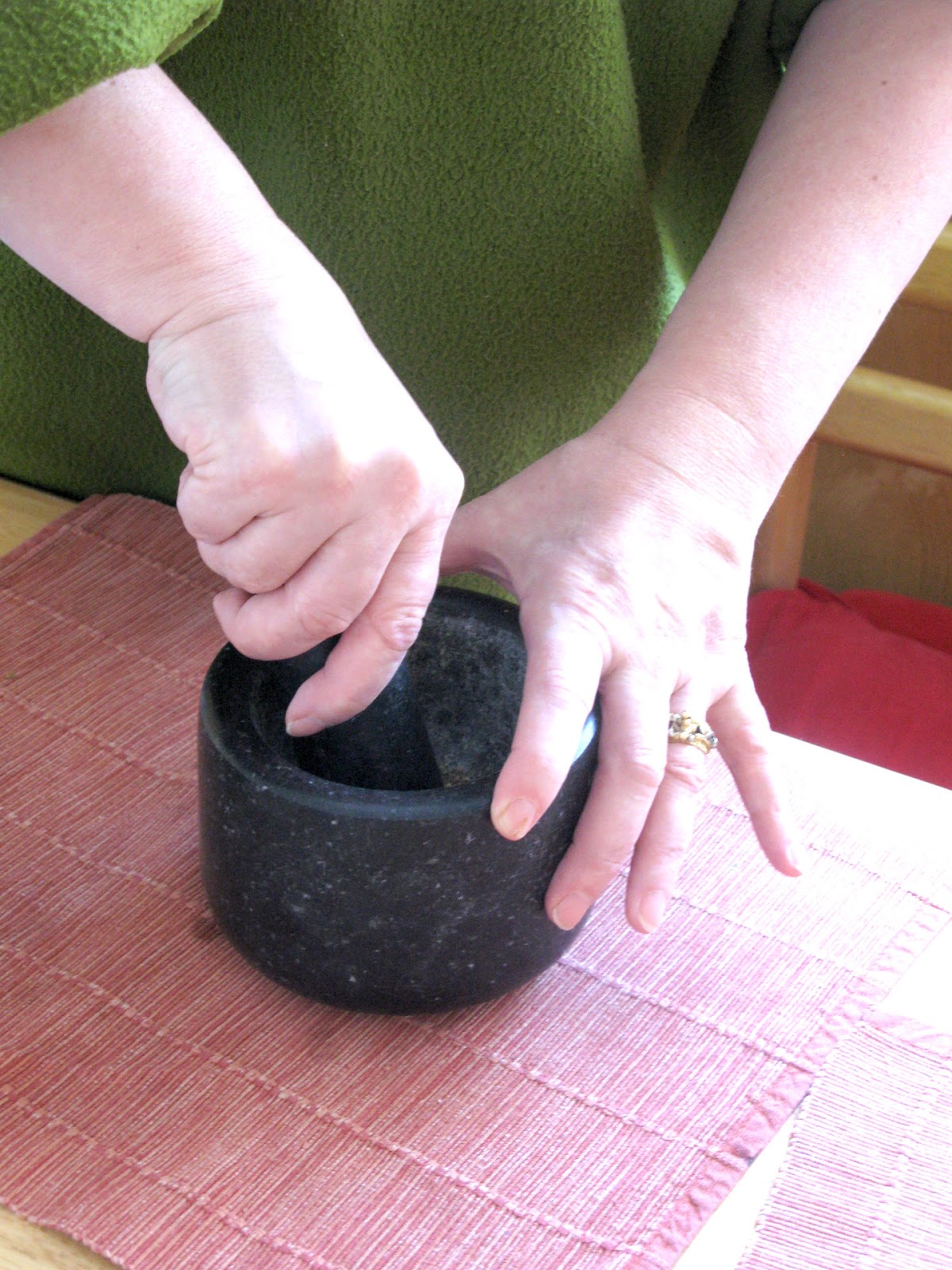 Books & Back to Work!

I finally finished John Man's historical travelogue, Genghis Khan: Life, Death and Resurrection, which was a fascinating book. I was inspired to read it after reading Conn Iggulden's Conqueror Series (Wolf of the Plains, Lords of the Bow, Bones of the Hills, Empire of Silver, and Conqueror) -- historical fiction about Genghis Khan's rise and events down to the rise of Kublai Khan (Genghis' grandson). Some exciting books!  Now, as well as getting back to some other books I was reading (Kurt Vonnegut, Drawing on the Right Side of the Brain, to name a couple) I have also started Penguin's collection of Van Gogh's letters. I read Dear Theo when I was in art school, but that was a long time ago... 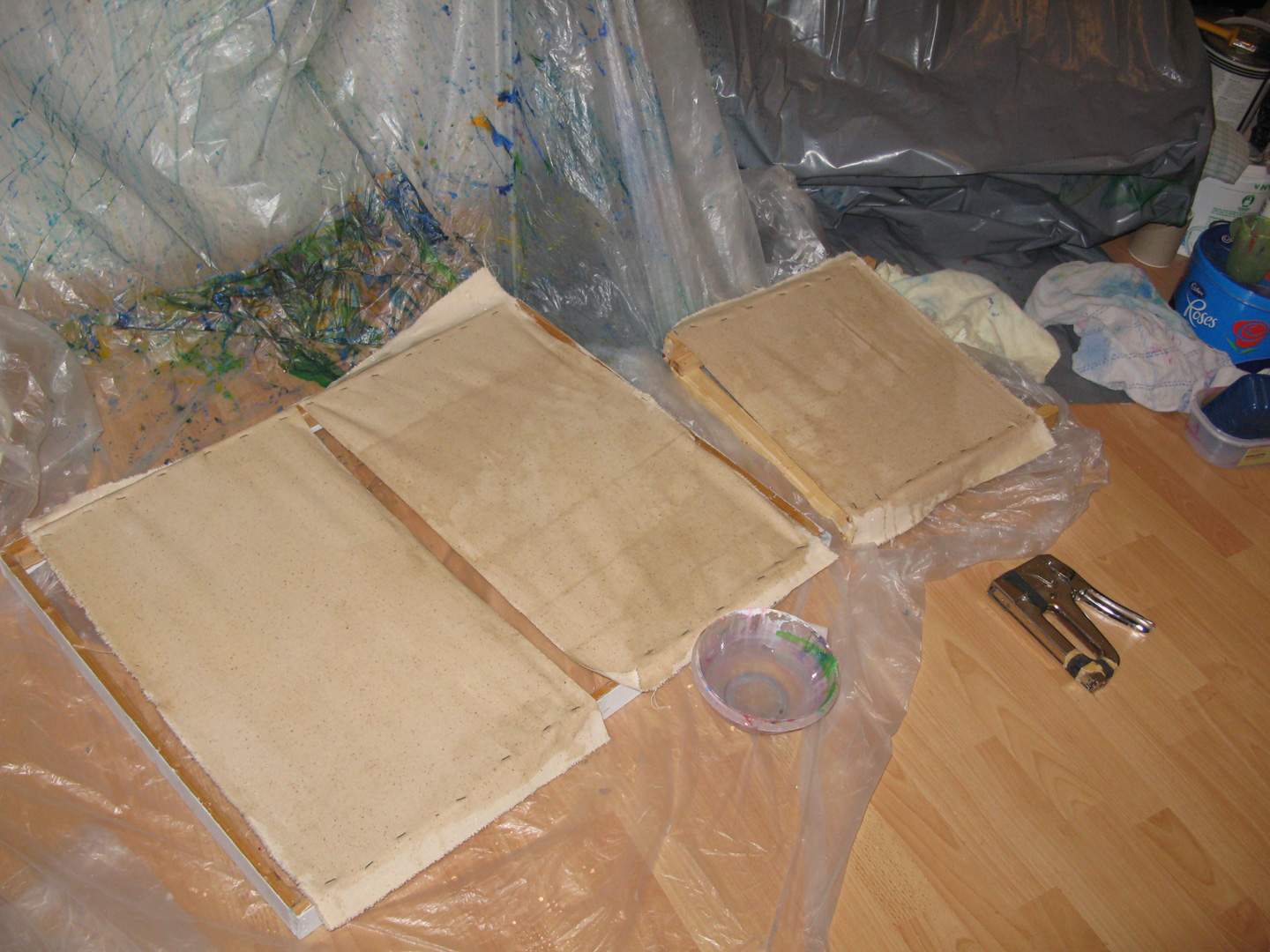 And what is this a picture of? I did some work today as I want to continue with my Moments series. I want to do some medium scale paintings, but don't want them on regular stretched canvas and don't want them on paper. So I have half stretched some canvas on old wood frames, and will just cut them to size when I am finished. Because they are half stretched they should have a bit of bounce while I am painting, and I will just cut them off the frames when finished.
Posted by Lorraine Whelan at 16:03 No comments: