Finally after years of being put on the long finger, James and I both had two days free this week to paint the stairwell and upstairs hall. We have been in this house 11 years, and this is the last section of the house to get a paintjob. One of the most difficult things though was finding a place to stack the contents of the stairwell bookshelves -- books, administration binders, photo albums and lots of homeless miscellaneous items!  The best place for them was the floor in the living room.  Well, we could have used an extra day, but I am working in the office tomorrow and we are having friends up for cocktails on Friday, so it will all be put back in order well before Friday. 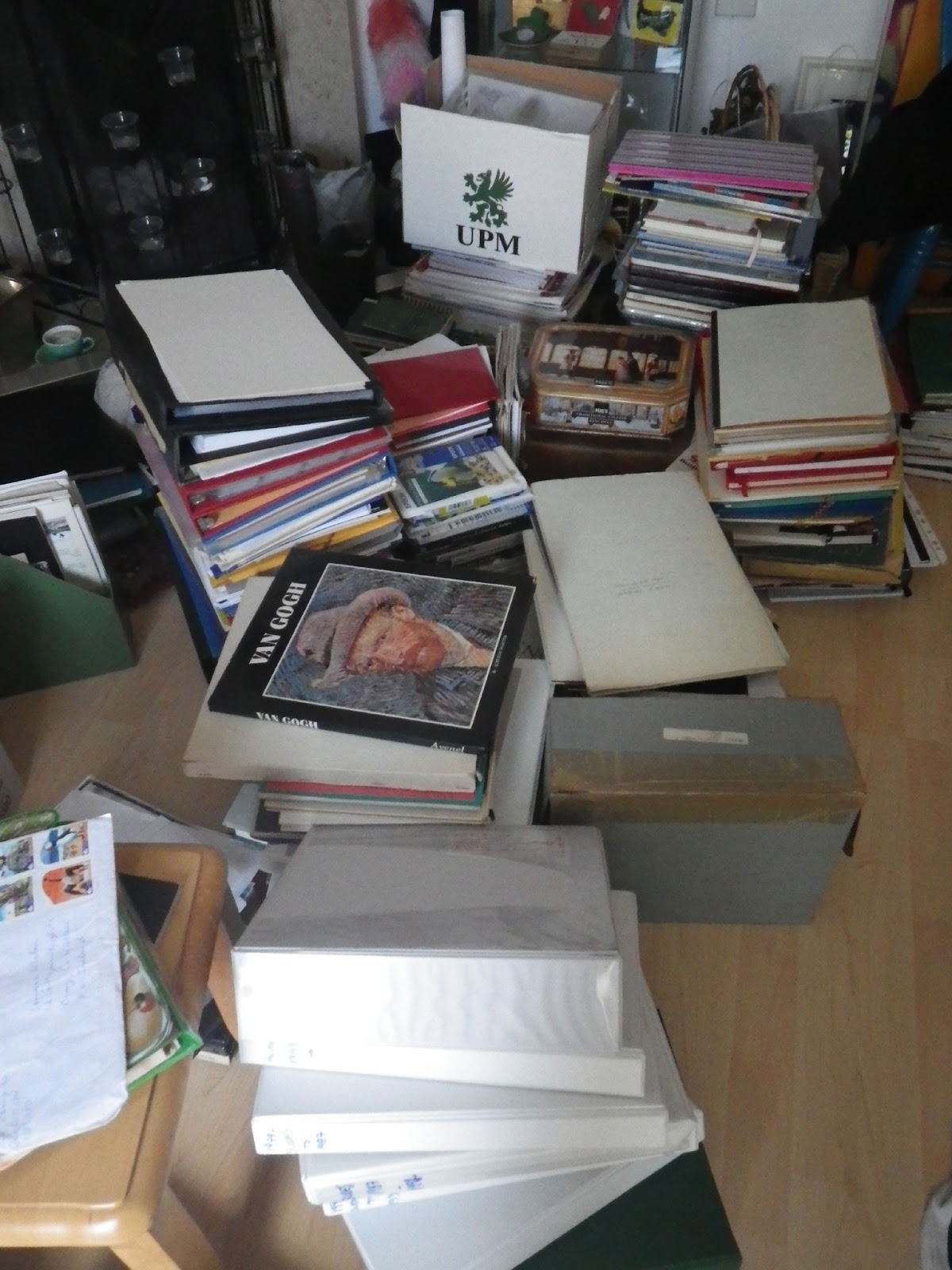 Here is the empty stairwell, before painting.  The railing going up to the attic is now white but needs another coat of paint, a semi-gloss, but that will just have to wait till another day! 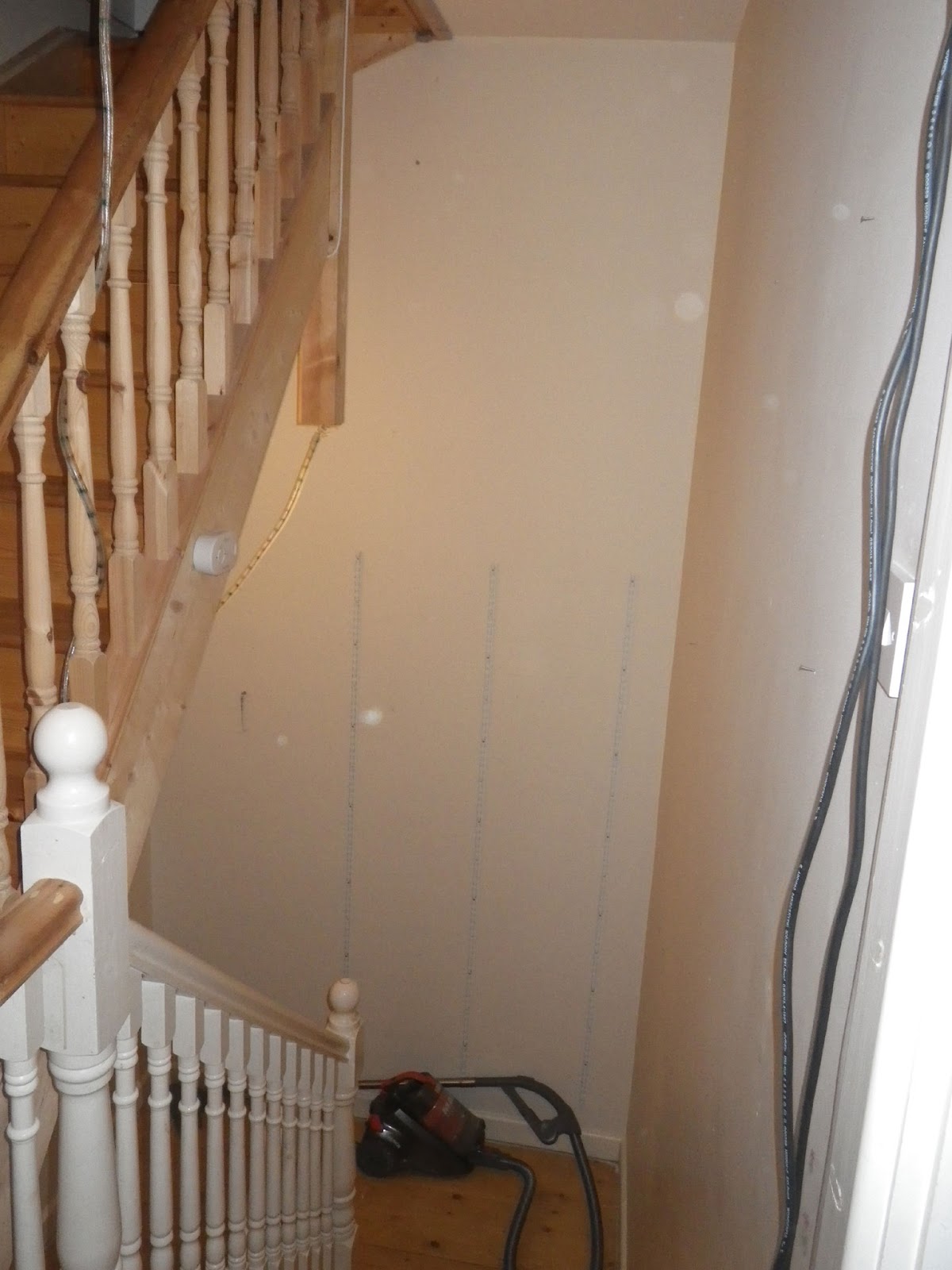 Posted by Lorraine Whelan at 20:07 No comments:

The late 50s does not seem that historically long ago to me, and I remember my father telling me about a sign on a hospital door in Toronto (where he was a new immigrant) saying "No Irish" at the end of an advert for a job.

So when I was a kid in 1971, it was no wonder I loved the anti-establishment song "Signs" by the hippy Ottawa group Five Man Electrical Band. In their song, most signs were a bad thing, as they usually had a negative aspect about them.

Since then, however, I have come to enjoy various signs which catch my attention for their good advice - as in this manipulated sign which appeared in Austin Kleon's book Steal Like an Artist, 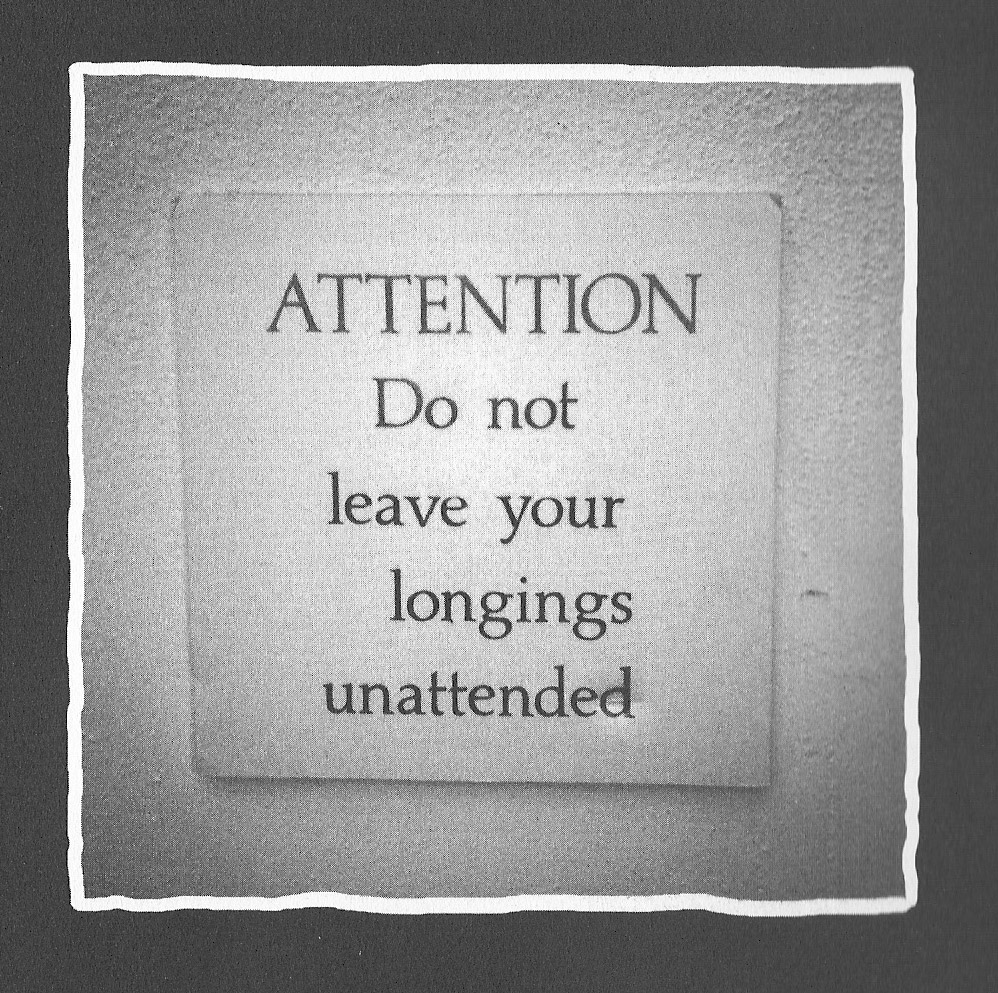 their positive affirmation (though this may be graffiti - I am not sure as I found it on the Cass Art facebook page), 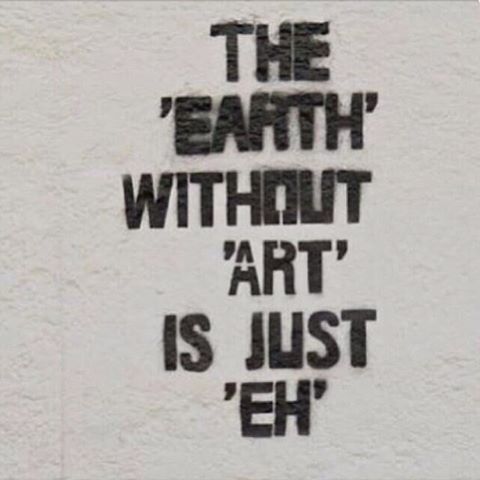 charming double meaning (this is a road sign at Nice airport taken out of context, but appropriate to my recent bad experience with French train service), 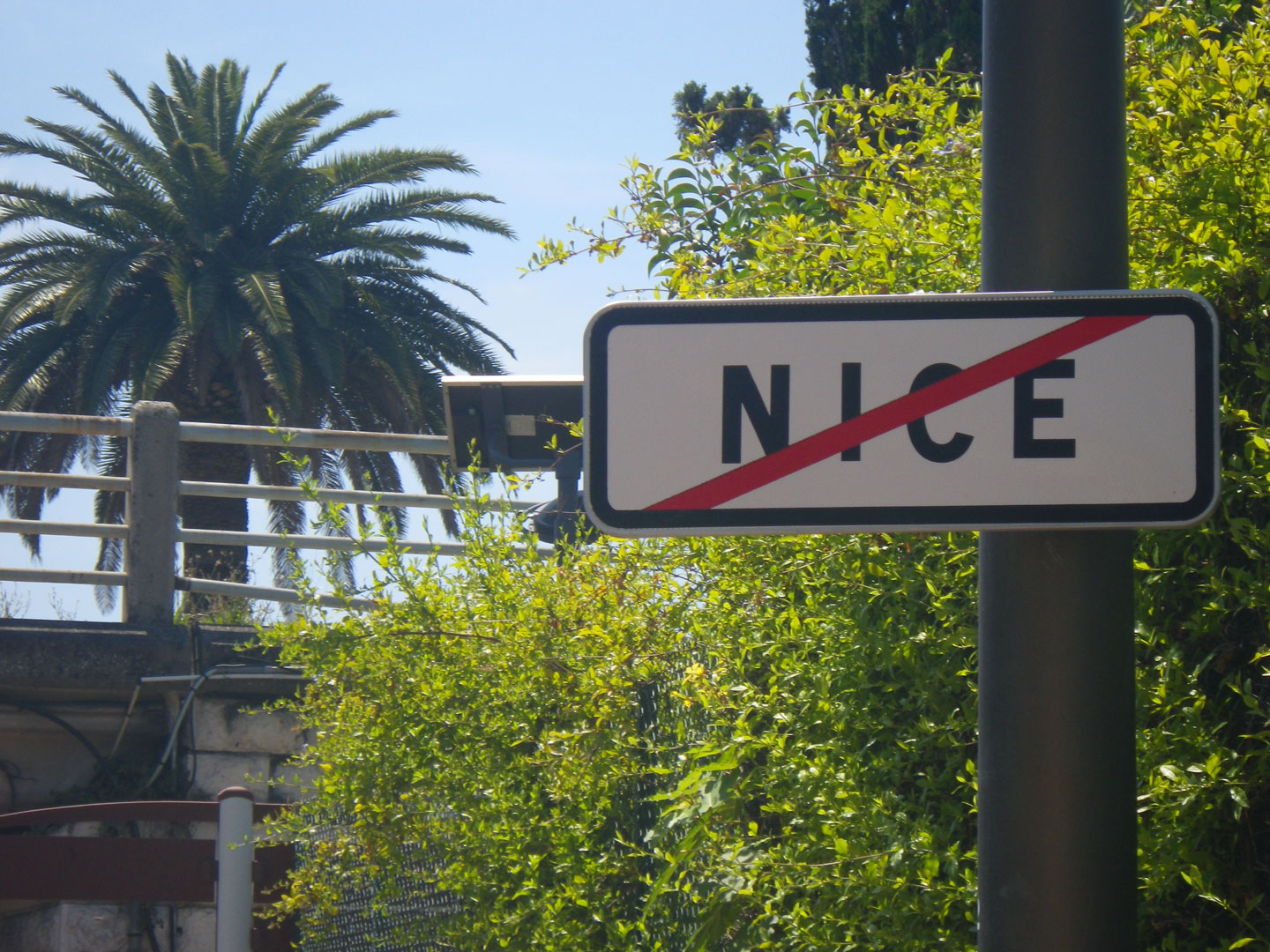 and/or just plain old surreality! (I know I posted this Dublin sign before, but couldn't resist doing so again.) 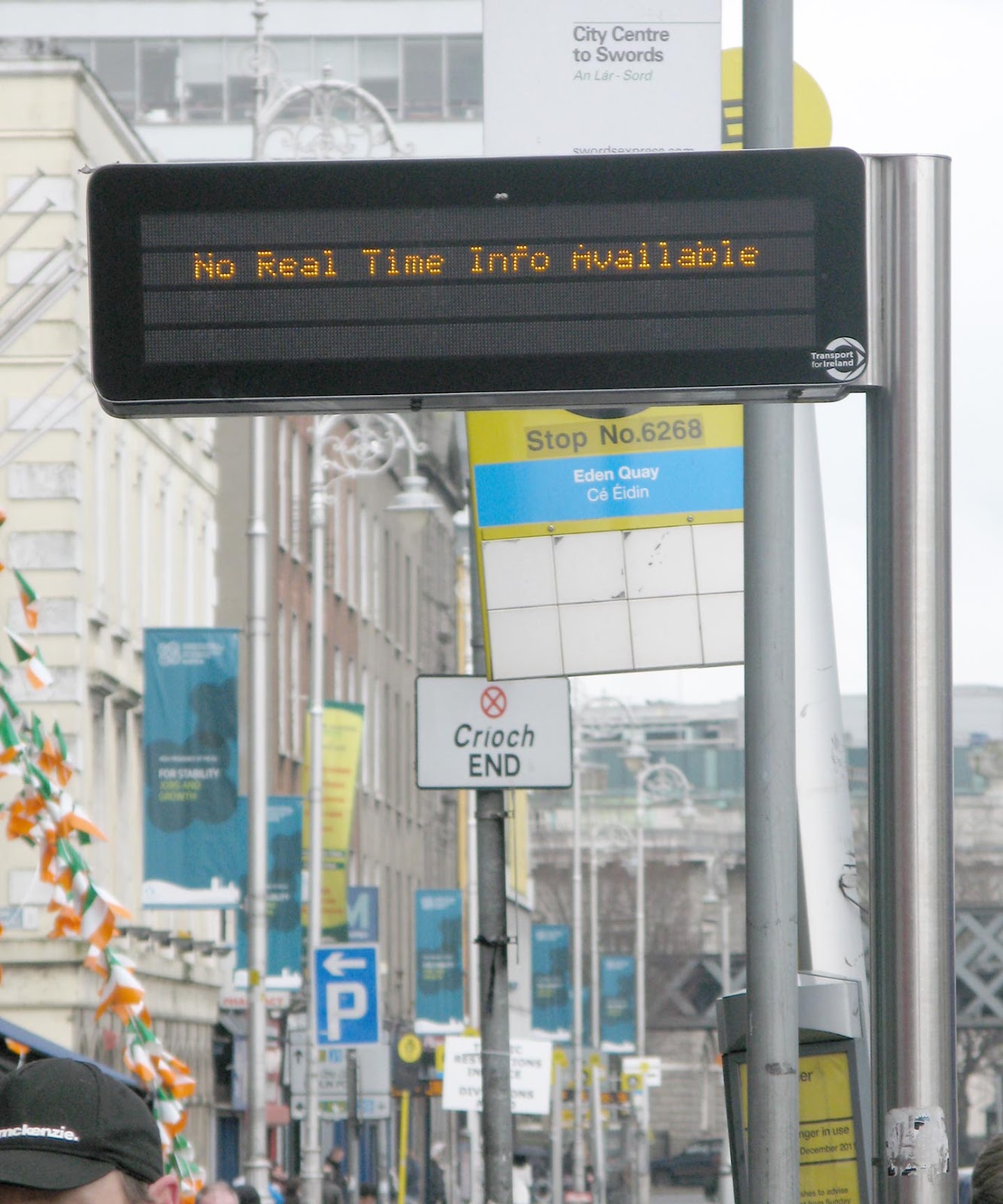 Posted by Lorraine Whelan at 15:13 No comments:

I have been getting back to my Van Gogh letters book, reluctant to finish it as I know the ending... But I was glad that this edition of the letters includes some of the sketches he made and sent off with letters when talking about his art. Like this sketch of his bedroom, which he sent to Theo when he was describing the painting of his bedroom that he was working on. 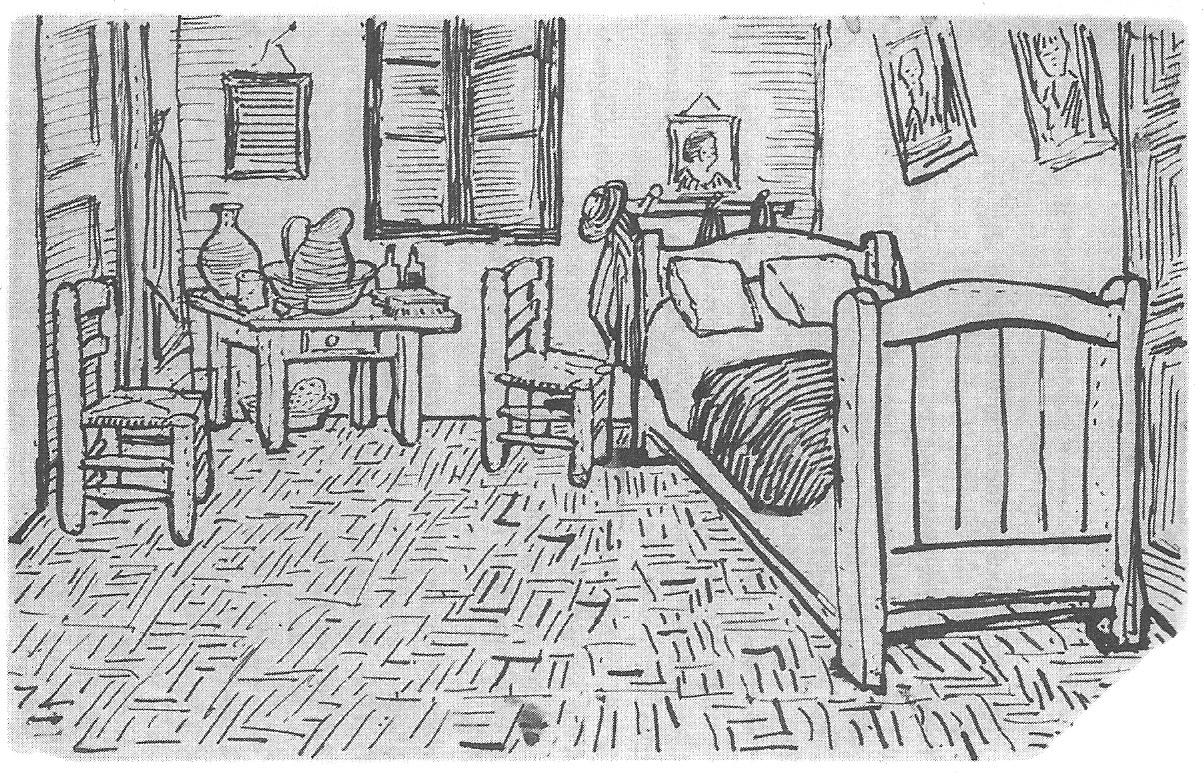 The letter was dated the 16 October 1888. In a letter from 8 days later, he seems to be speaking to me directly - and I dare to hope it is the truth: "I cannot help it that my pictures do not sell...The day will come, however, when people will see they are worth more than the price of the paint and my living expenses, very meagre on the whole, which we put into them."

Posted by Lorraine Whelan at 16:25 No comments:

Since I have been painting the Moments series on raw canvas, I thought I had better do the recommended conservation procedure of applying gel coats to the finished paintings. I hadn't been doing this as I finished the paintings, so had some catching up to do.  I am now on the sixth painting out of 9 finished works, and it is taking awhile as I need to apply 3 coats to each painting. I can only do one painting at a time, as most of them are large. Currently I am applying the gel coat to Chicago Thumb Wars. The gel is diluted with water and dries a clear matte, so the horizontal streaks which are visible in the closeup below will become invisible. I know this is true because I first did some tests, as recommended by Golden paints, and I already have 5 paintings with the gel coat completed before tackling this one! 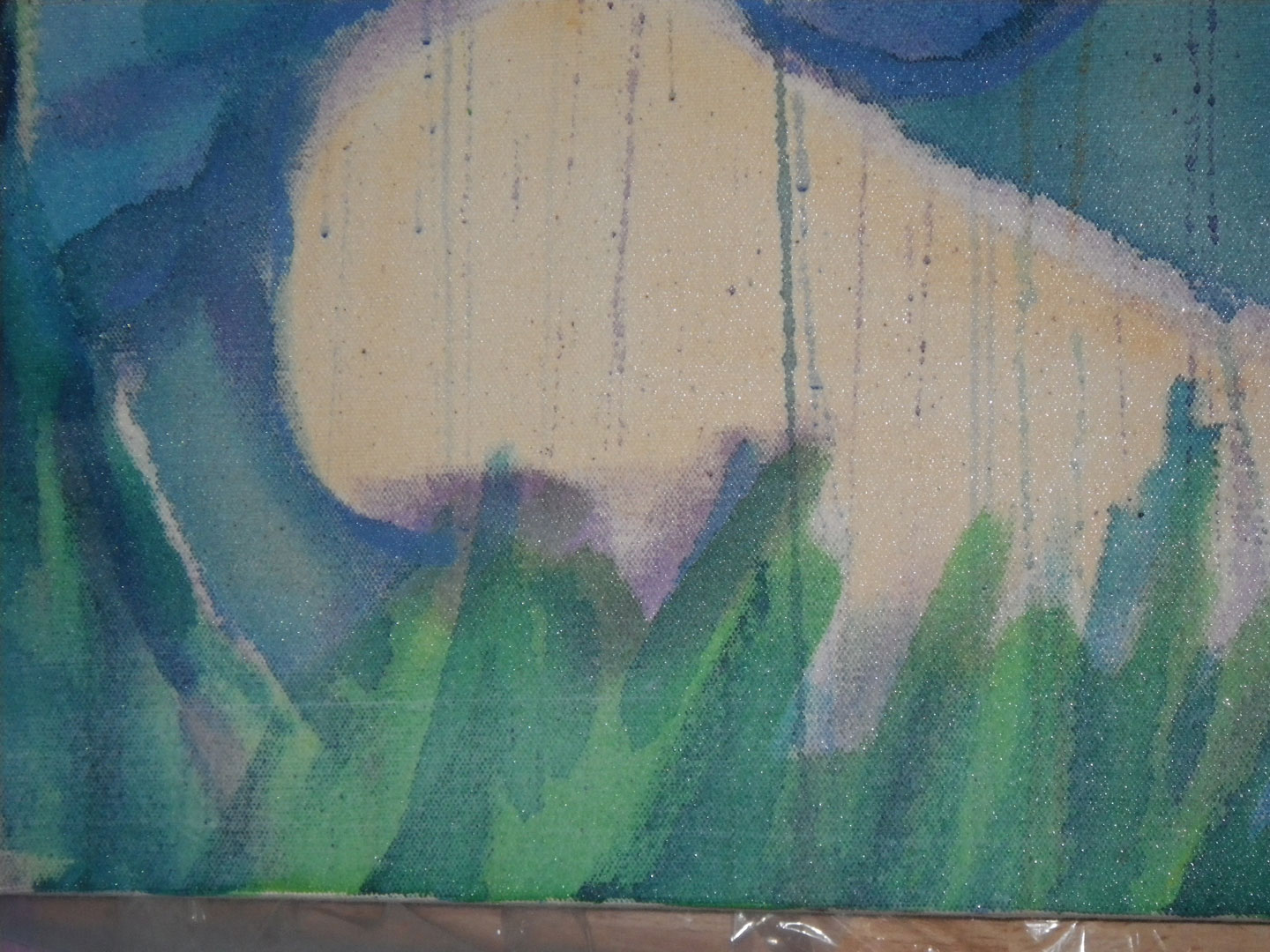 I am chomping at the bit to finish the gel coats on these paintings so I can finish two more which are also on raw canvas and get their gel coats done. I want to start some large drawings, still in the Moments series but on kraft paper, throwing conservation to the wind! Last week I was asked by the building manager, at the office where I work part time, if I could use a big roll of brown paper. Yes thanks! My husband James was picking me up at work that day with the car and the roll of paper was waiting for me at the exit as I was leaving. The paper roll was very heavy, so James carried it up to the attic studio for me where it looks at me questioningly every time I am working on gel coats... 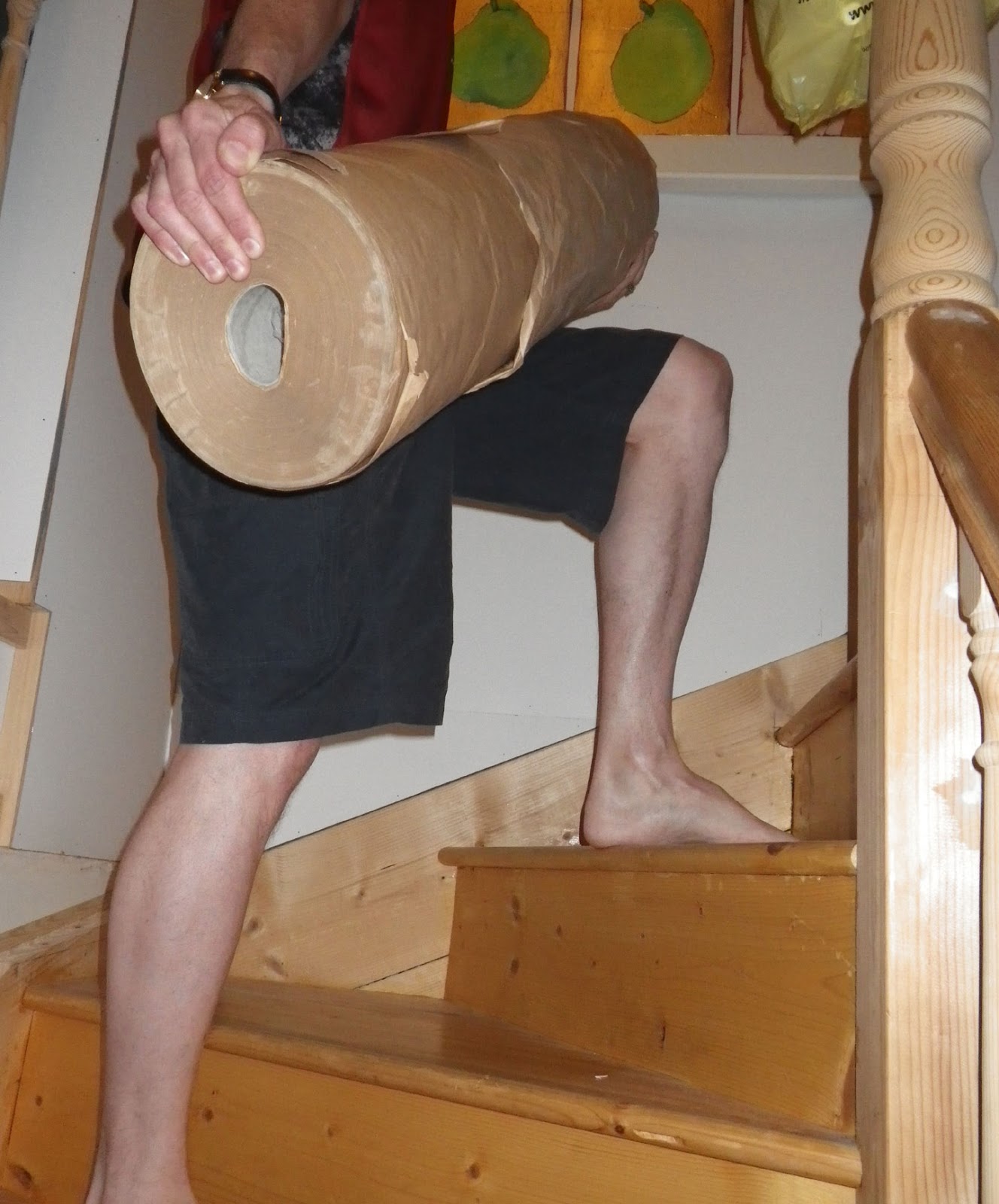 Posted by Lorraine Whelan at 15:40 No comments:

I still have a stack of books on the go, but am particularly enjoying three specific art books I have: the Picasso Museum Antibes permanent collection catalogue that I bought last year after my first visit there, the Jean Charles Blais exhibition catalogue that I bought this year from the Picasso Museum Antibes after seeing Blais's show there, and the Singing Skies.  Singing Skies is the beautiful book created by painter Suzanne Osborne and songwriter/poet/singer Stuart Staples (Tindersticks) -- the book pairs images of Osborne's paintings with Staples's writing. 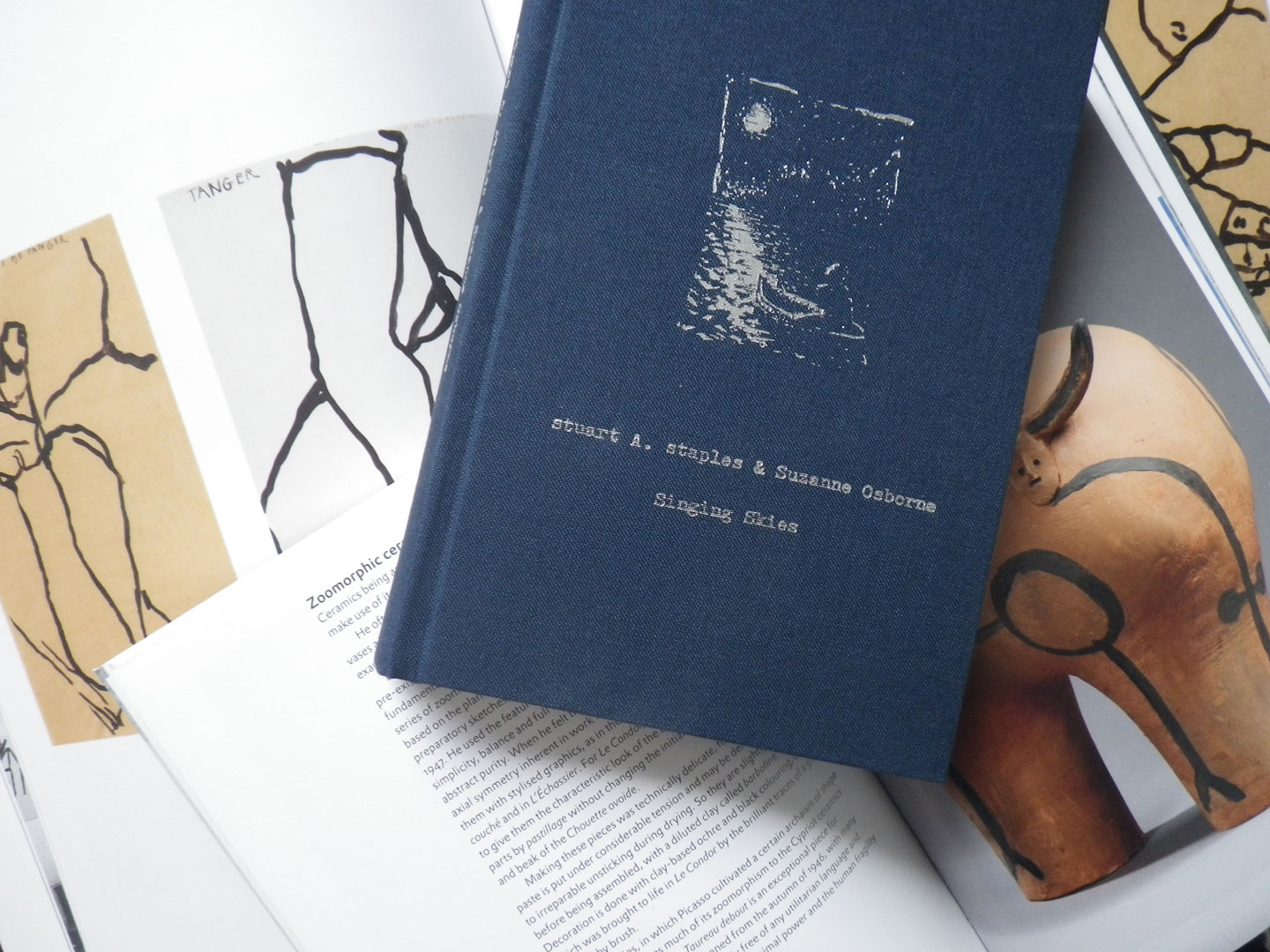 The other day I took Singing Skies outside to get a better look at the paintings, as the dim indoor light of my house was not doing justice to the paintings. I am not sure if the scan does the painting below justice either as the printing quality in the book is quite good! In any case, the painting below, one of my favourite in the book, is "May 18 2011" and it is paired with Staples's "Marbles". Osborne did a painting of the sky each day for the whole of 2011 and the paintings are simply entitled by date. 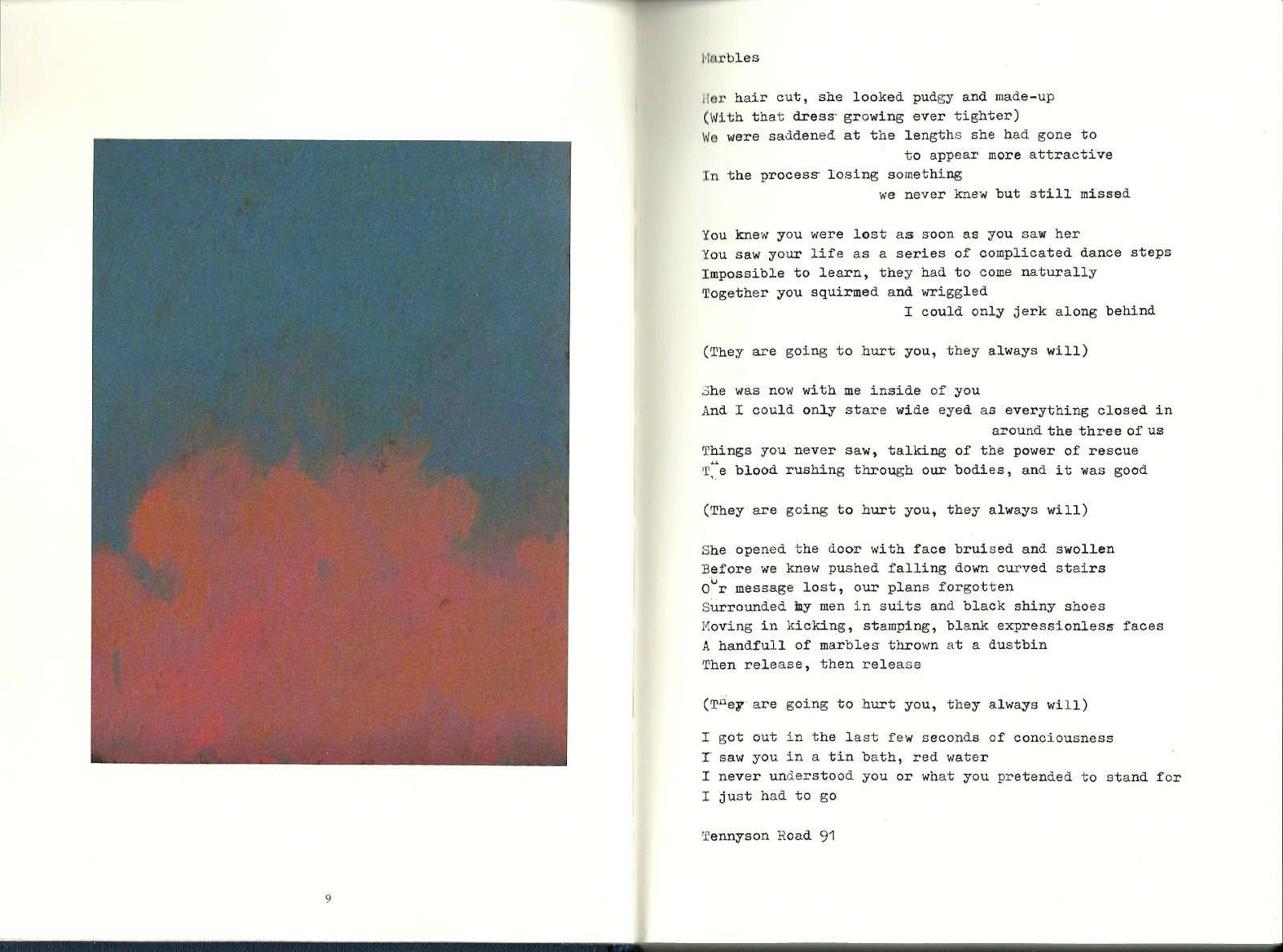 Posted by Lorraine Whelan at 14:46 No comments: