I had the great fortune to be in Rome last week. It has been 16 years since my first visit, and the Eternal City has both changed and remained much the same. When there in 1999, there were a lot of preparations for the Millenium and thus many sites were getting a makeover; often I would visit something one day only to return the next day and find it covered in scaffolding. The church of Santa Maria Maggiore was closed on my previous visit, but this time, since it was near my hotel, it was one of the first sites I visited. The church's opulence is mind-blowing! 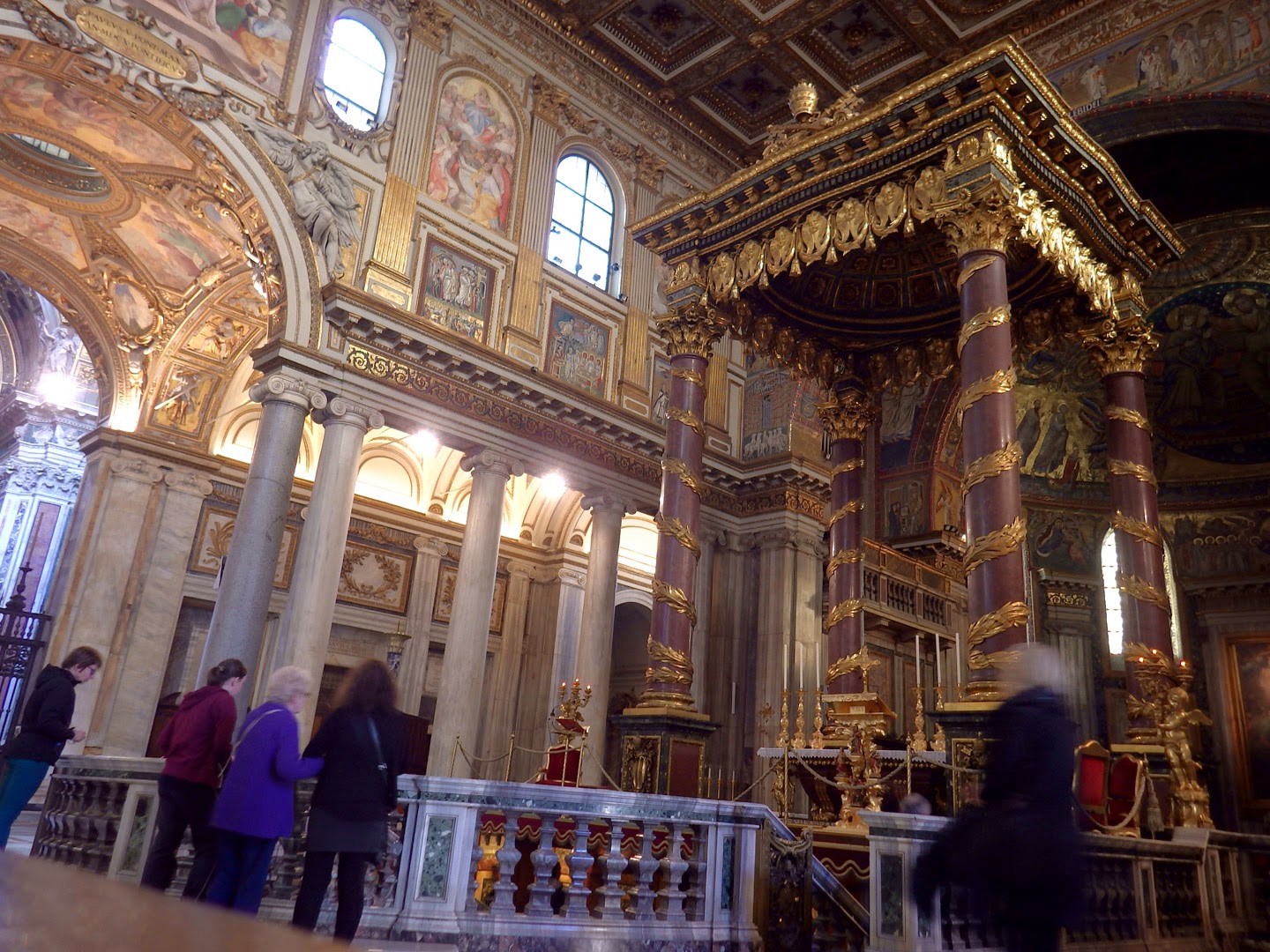 As well as basking in the warmth of Rome (16 C) it was a delight to be there during Carnevale as there were many street performances and an atmosphere of celebration. There was a grand piano set up across the road from the forum and four singers took the stage (individually, as duets, as a group) to sing popular opera songs. 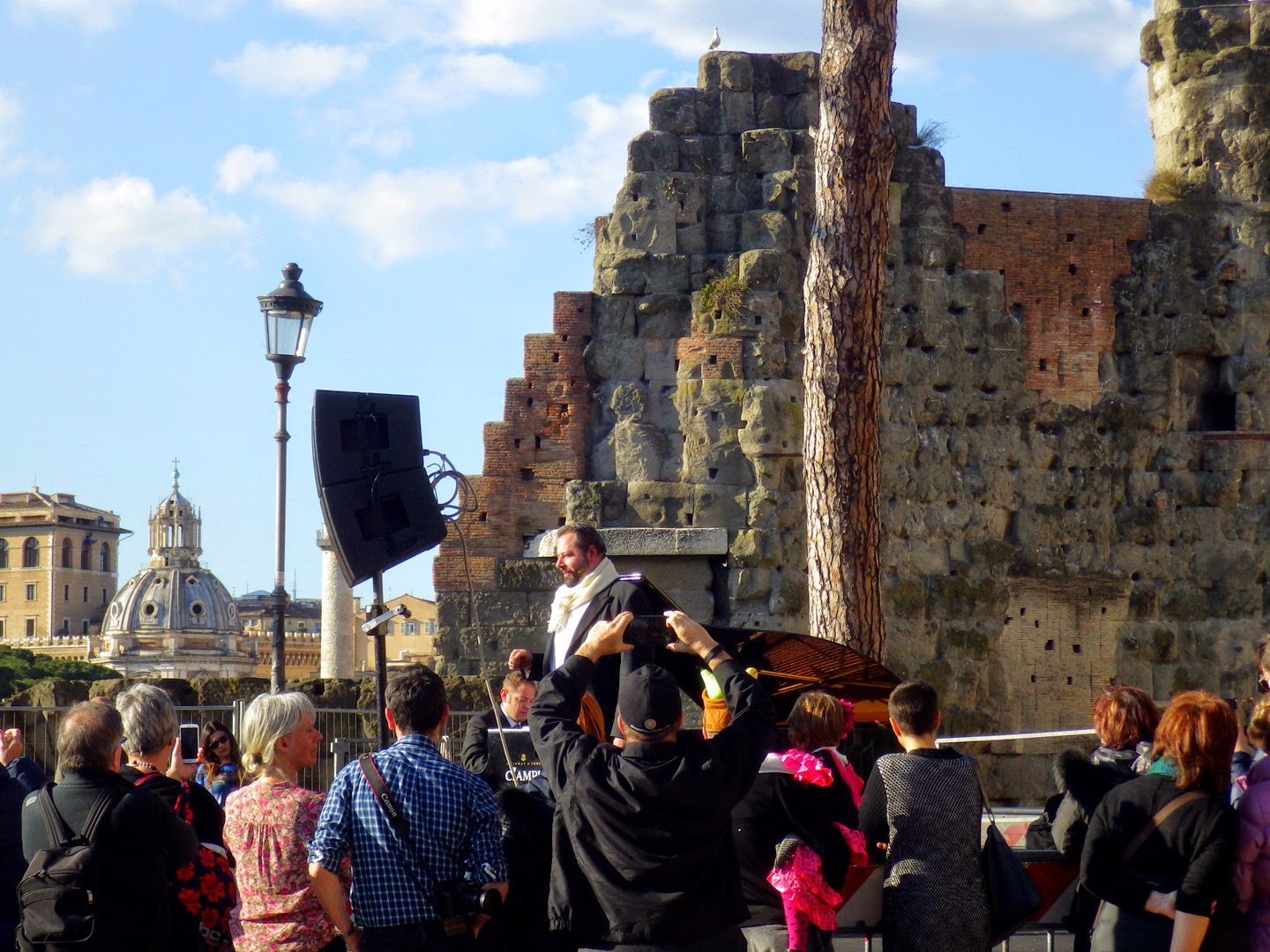 I love the Pantheon. Originally it was a temple to all the gods, now it is a church; most definitely a sacred place. 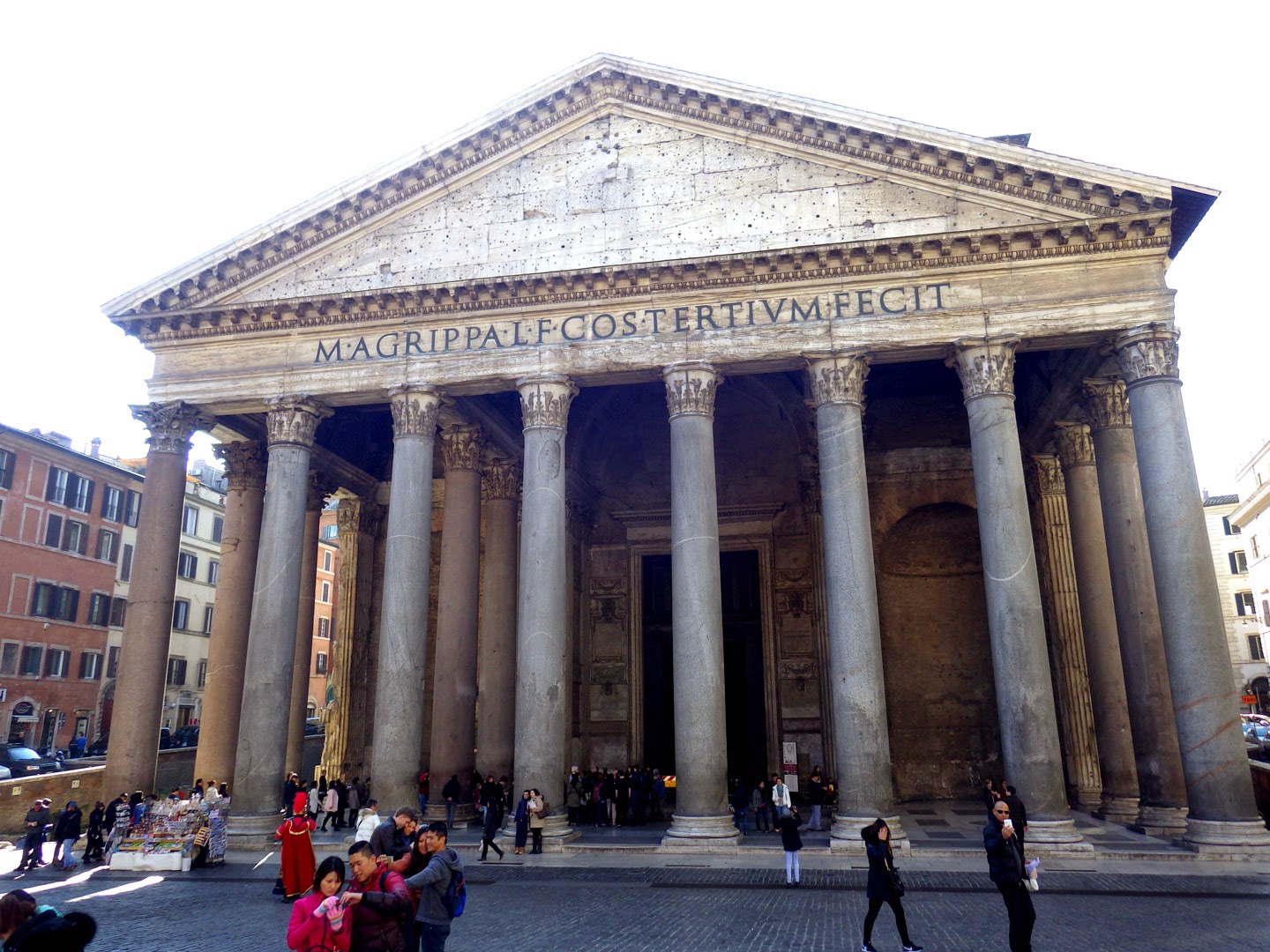 The Pantheon's dome is it's most amazing feature, with the open circle spreading the natural light. When I was at university and taking a Roman art & architecture course, my professor had shown some personal photos of the city, including the interior of the Pantheon after it had been raining - puddles under the dome. I have been enthralled since. 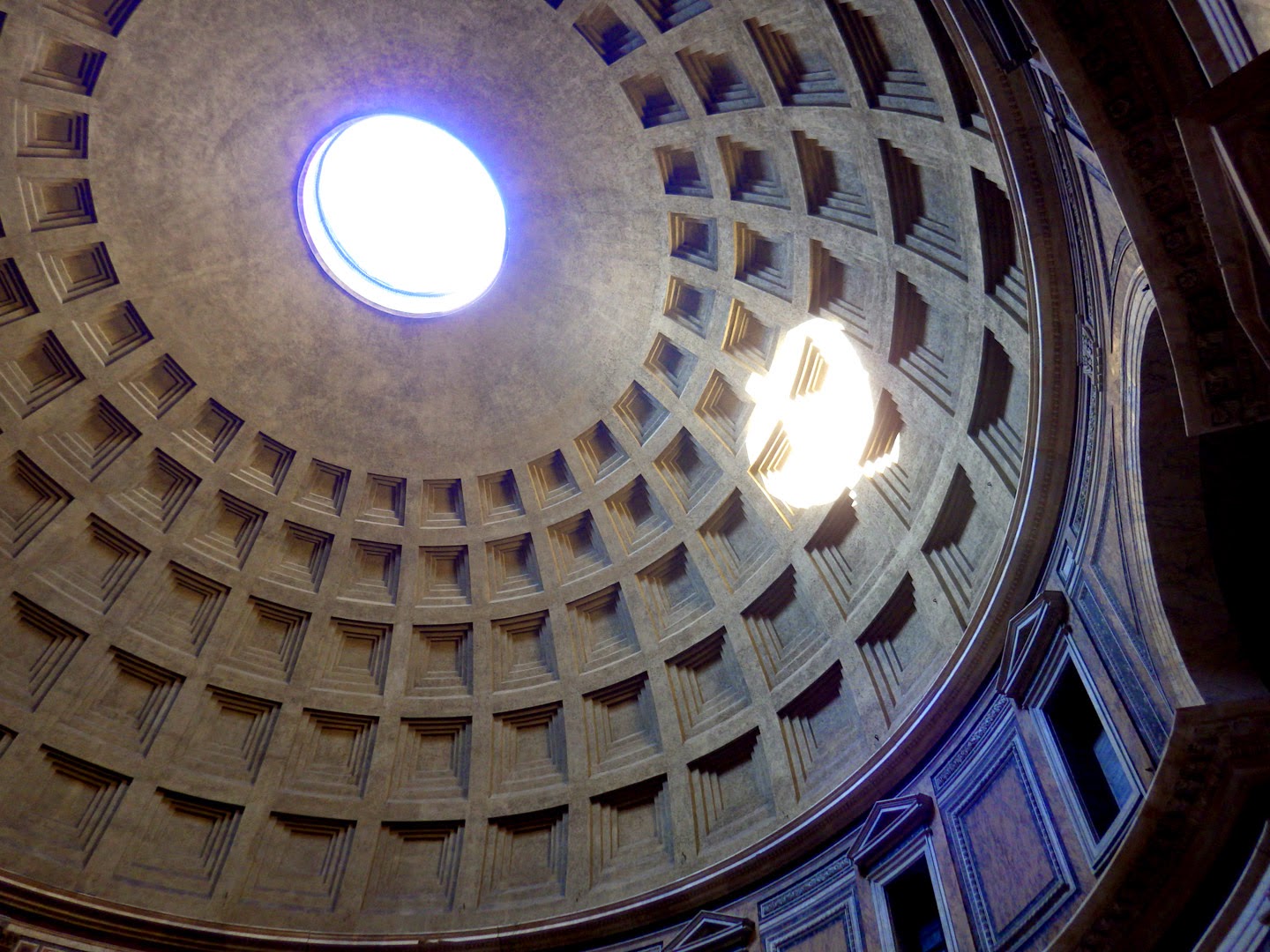 After a pleasant stroll from The Pantheon, I found myself visiting the very baroque church of St Agnes in Agone (left of the fountain) in Piazza Navona. The picture below is one of Bernini's fountains. 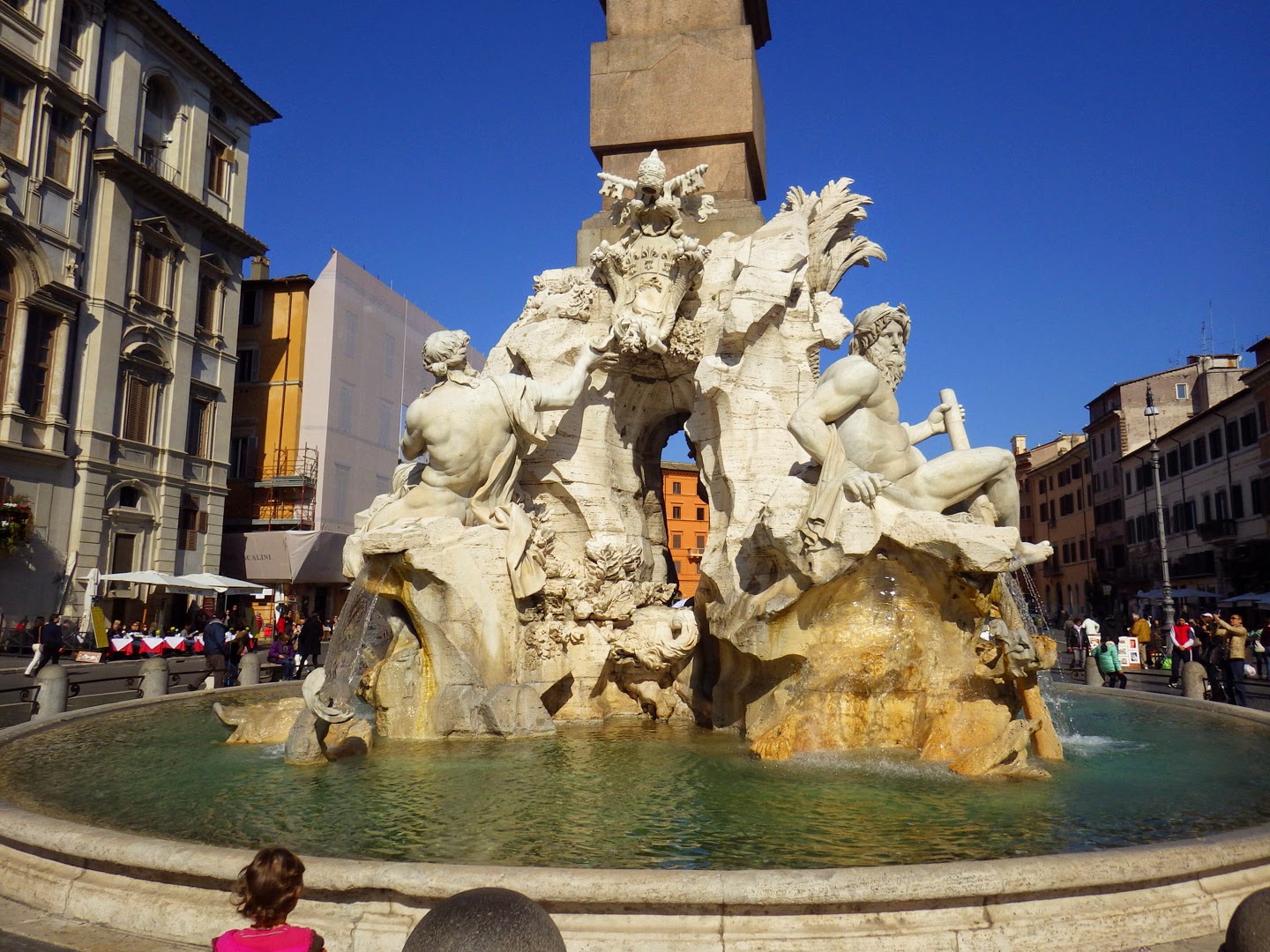 Below the Spanish Steps, at Piazza Spagna, my guide book identifies this as another Bernini fountain or perhaps a fountain designed by "his less famous father". Though I like this fountain, most especially as there is seating around it, my guess is that it is senior Bernini's design, more staid and with less dynamic movement! Unfortunately the day after I was in this piazza, there was a match of some sort and small riots attributed to 6000 drunken Dutch fans did millions of euro worth of damage to the fountain and the piazza in general. 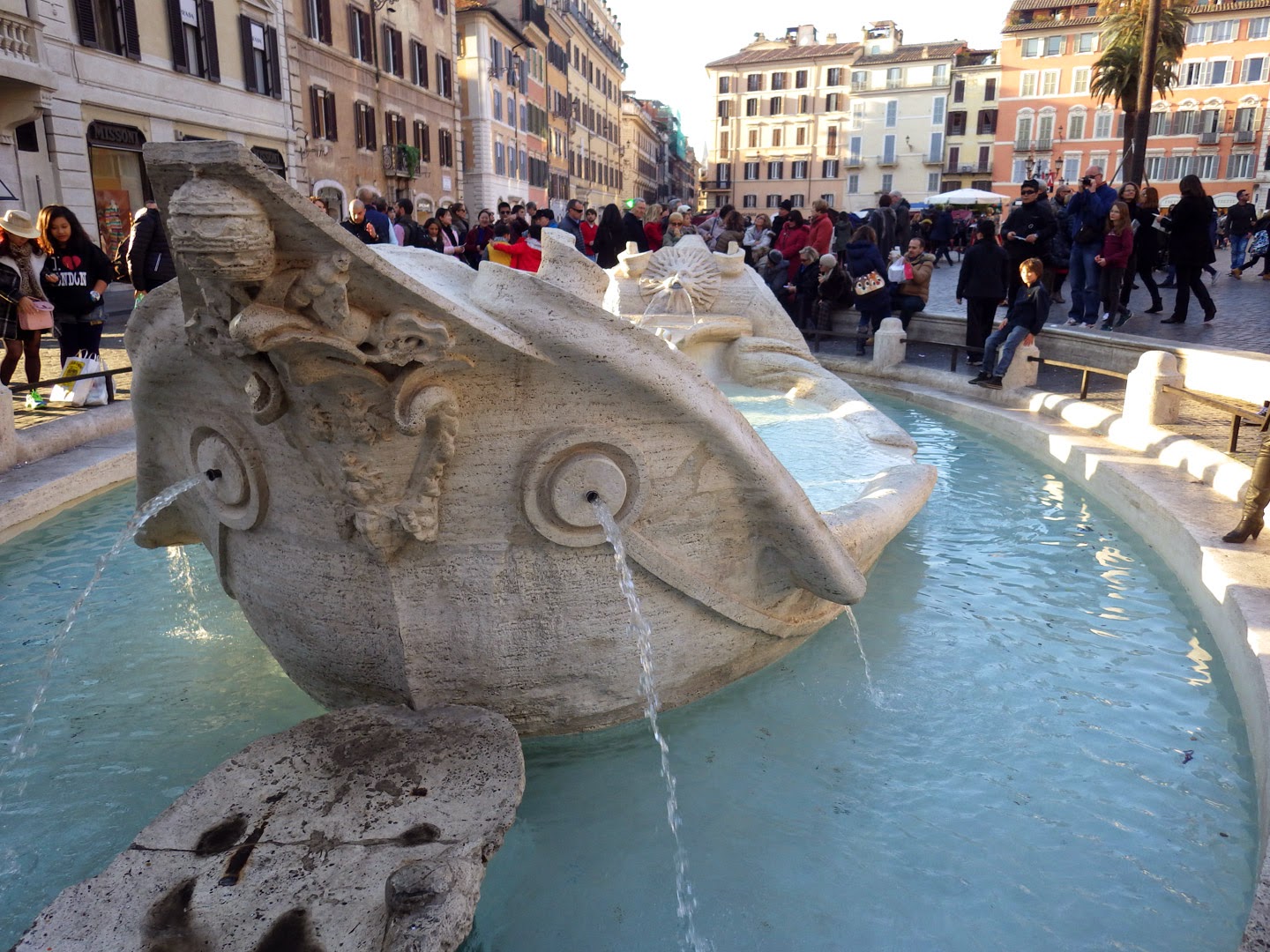 Posted by Lorraine Whelan at 10:49 No comments:

Yesterday was my 20th wedding anniversary! It has been a great 20 years, and has just flown by. Our wedding date was chosen haphazardly as a day to correspond with a party my husband had in the 1980s, which was also close to Valentine's Day. So making a card for our anniversary doubles as a Valentine's Day card. Am I lazy or what? For this year's card I used some paper that I had picked up in Chinatown in Toronto on my first visit back there in 1995 (I moved to Ireland in 1993). The bundle of Chinese paper squares already had applied metal leaf and some paint on them; I used a piece as a backdrop for my abstract cityscape of ripped blue card. The additional heart and gold leaf is like a sunrise. 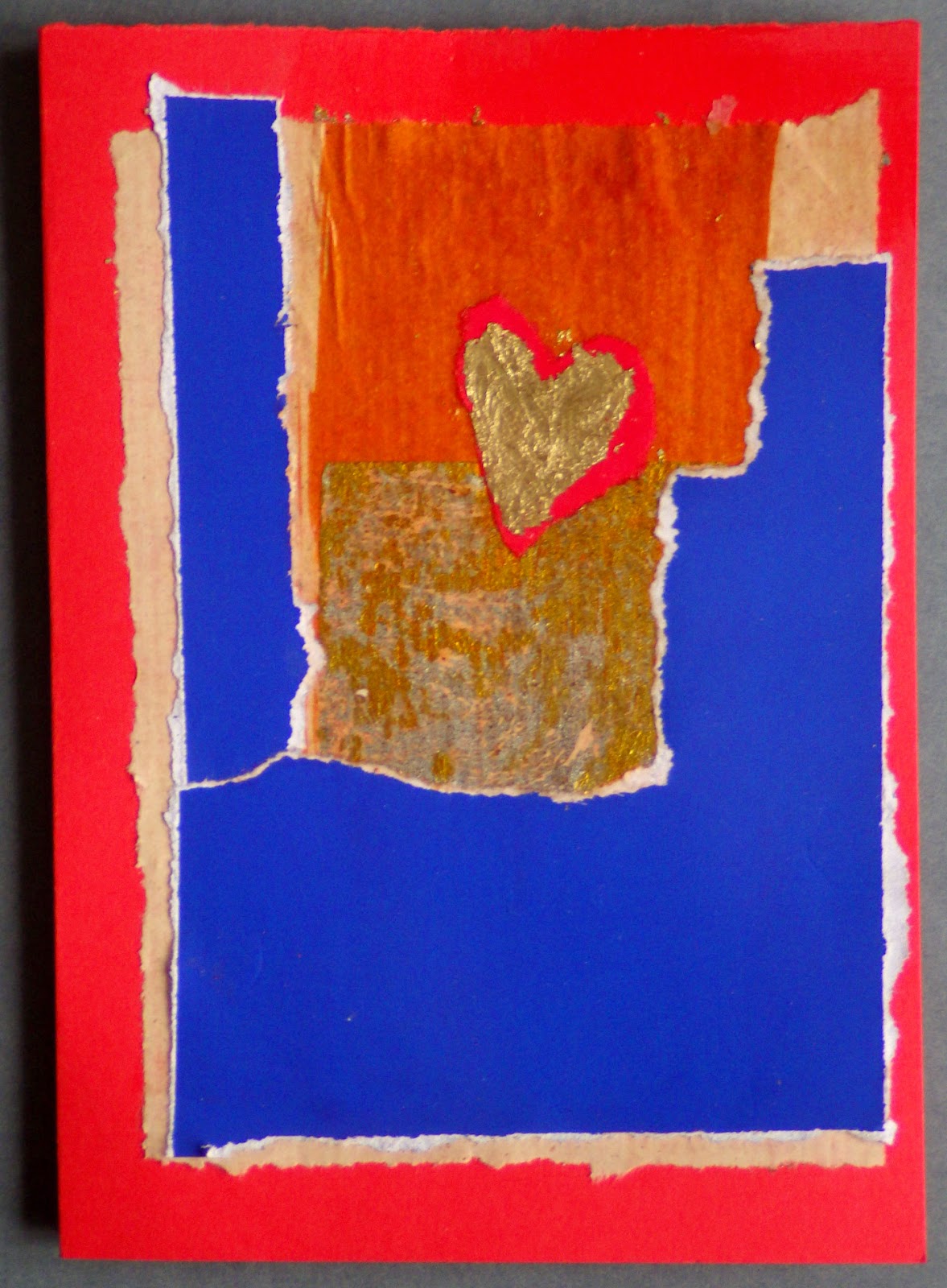 In the spring of 1988, I started going out with this young man (the host of the above-mentioned party!). This portrait is from one of my sketchbooks of that year. 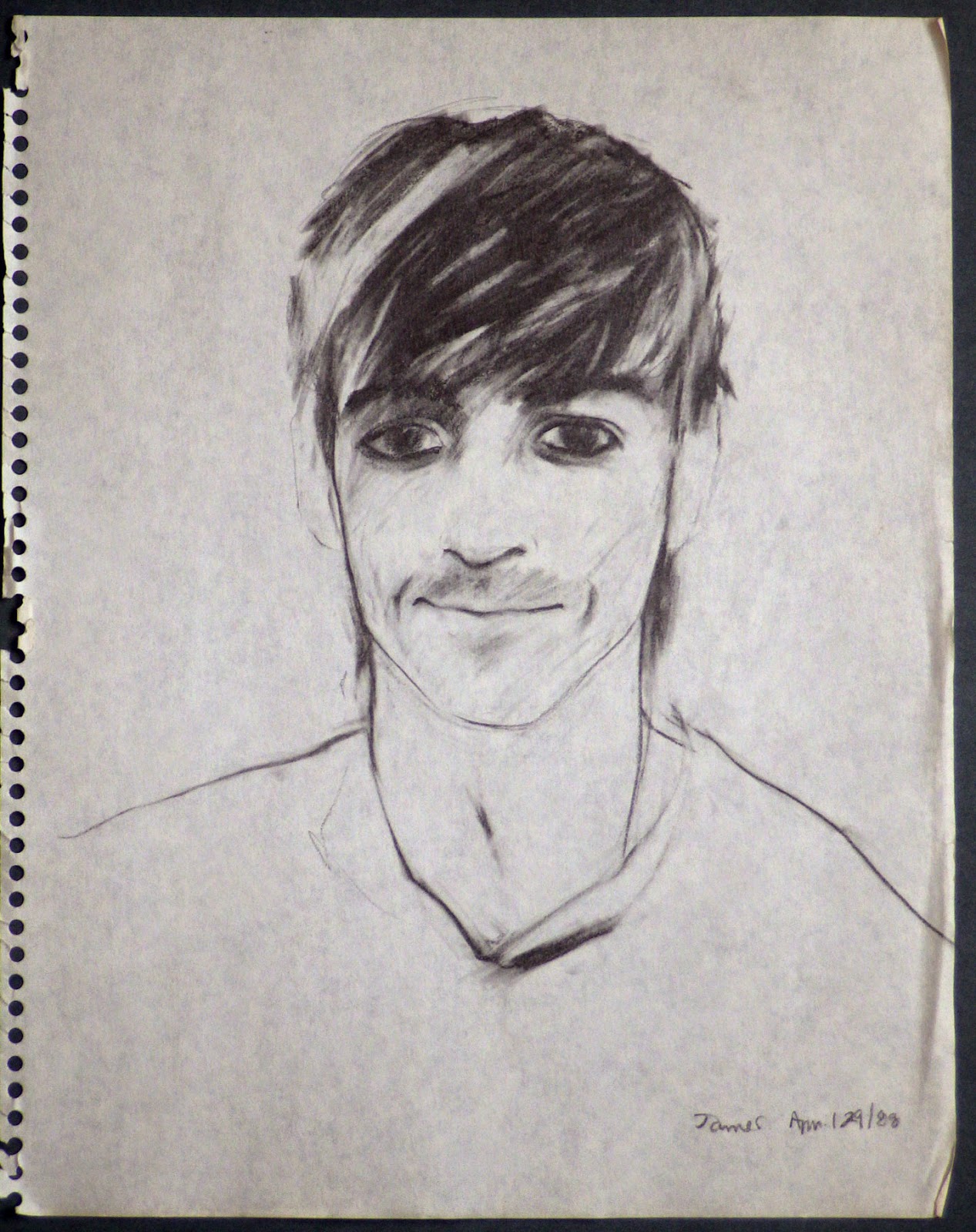 In 1991 we were living together in Toronto, and my job at the time allowed my spouse, including common-law spouse, to avail of my dental plan. It was a good time to get needed work done, including the removal of wisdom teeth. He was very smart, taking all the dental surgeon's advice seriously. My partner James is not holding a heart to his face, but ice packs to ease the swelling after surgery, and he is smartly wearing gloves so that his hands don't get cold! 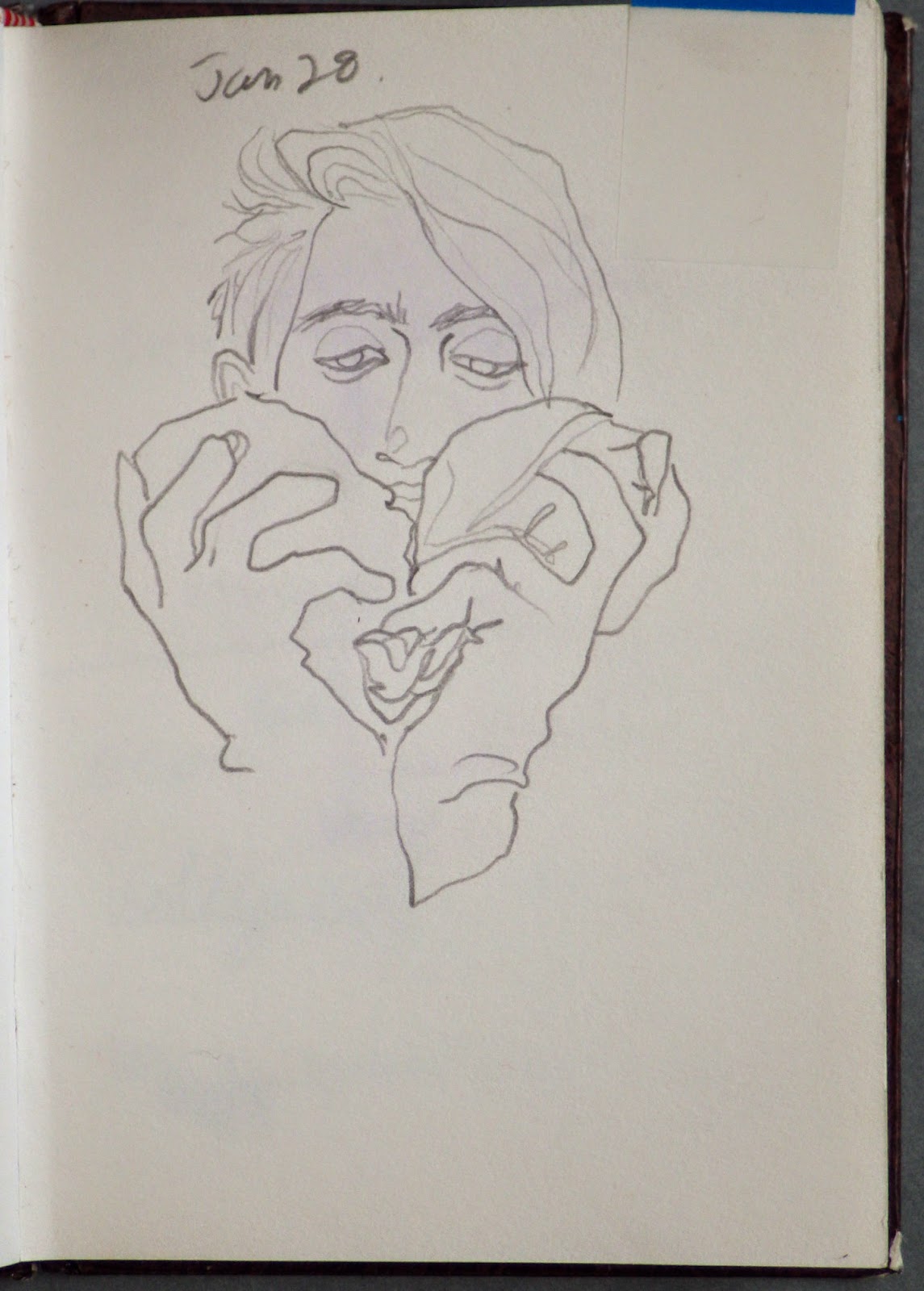 In this portrait from a 1994 sketchbook, I suspect James was reading as he is looking down. Because of the colouring, I think I was using a conté pencil to do this sketch. 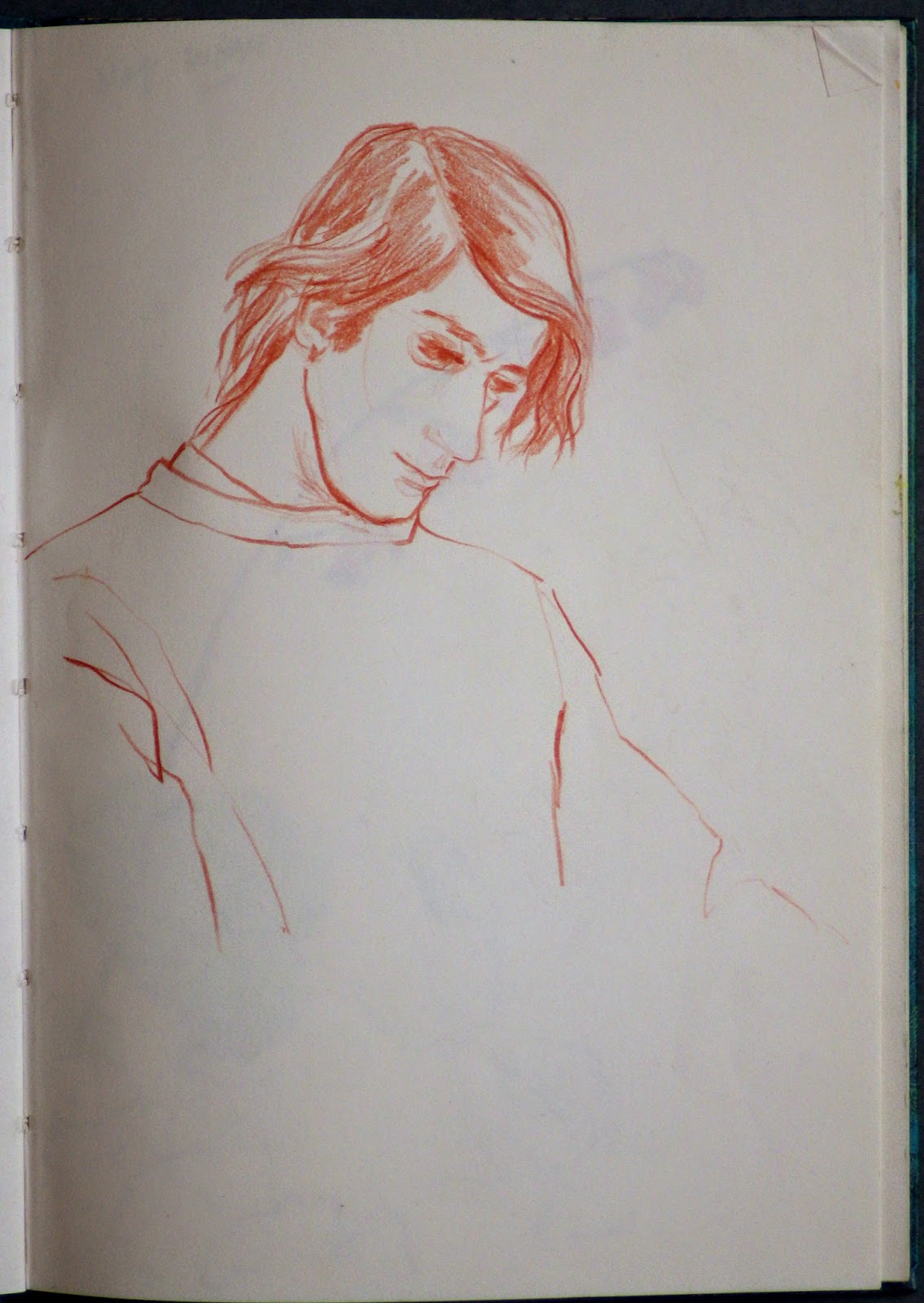 This drawing of James is from a 2001 sketchbook and I know he was reading because I have written "James reading" on the left page! 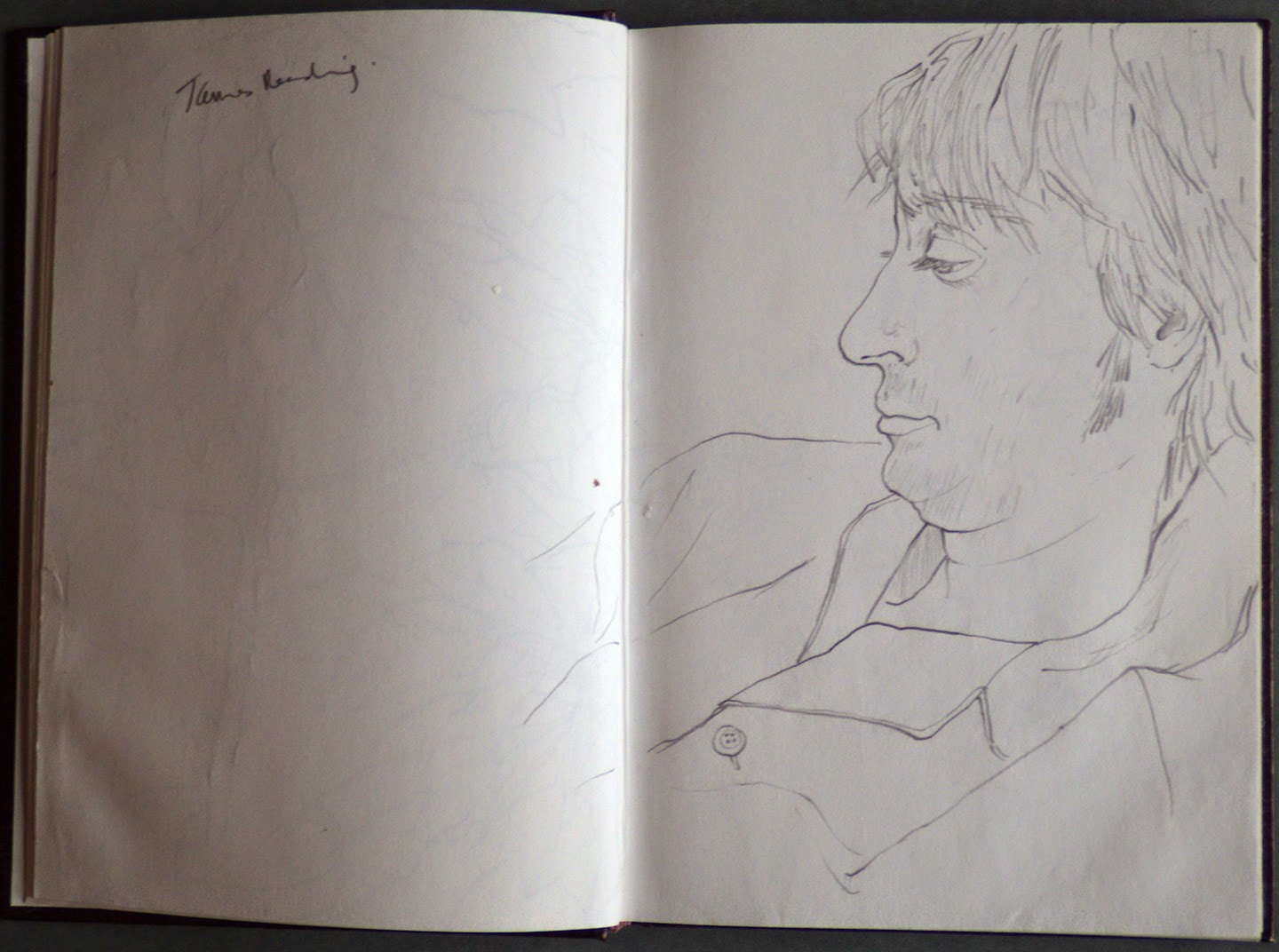 In this painting, Daddy Kiss, from 2012 from the Moments series, I have painted James with our new-born baby. Our baby is now heading for 13 years old so it is high time I did some new sketches of my husband! 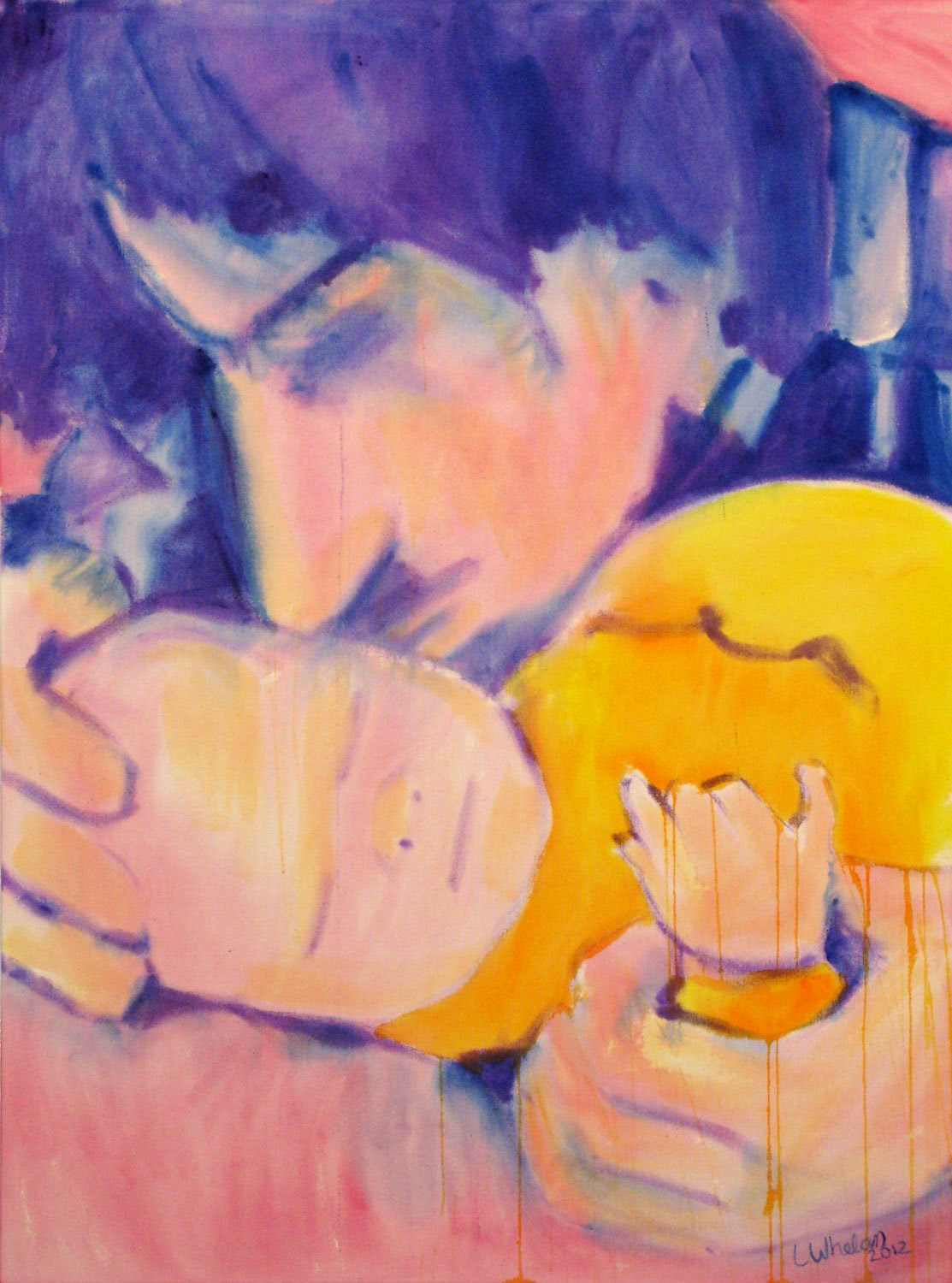 Posted by Lorraine Whelan at 22:44 No comments:

After spending all last week with blue painter's tape experimenting with various compositions before starting my final Fever Afterimages painting on the composite textured canvas, I woke up on Sunday morning with a lightning bolt inspiration. The textured canvas would be ideal for a cityscape painting that has been hibernating for more than 30 years! 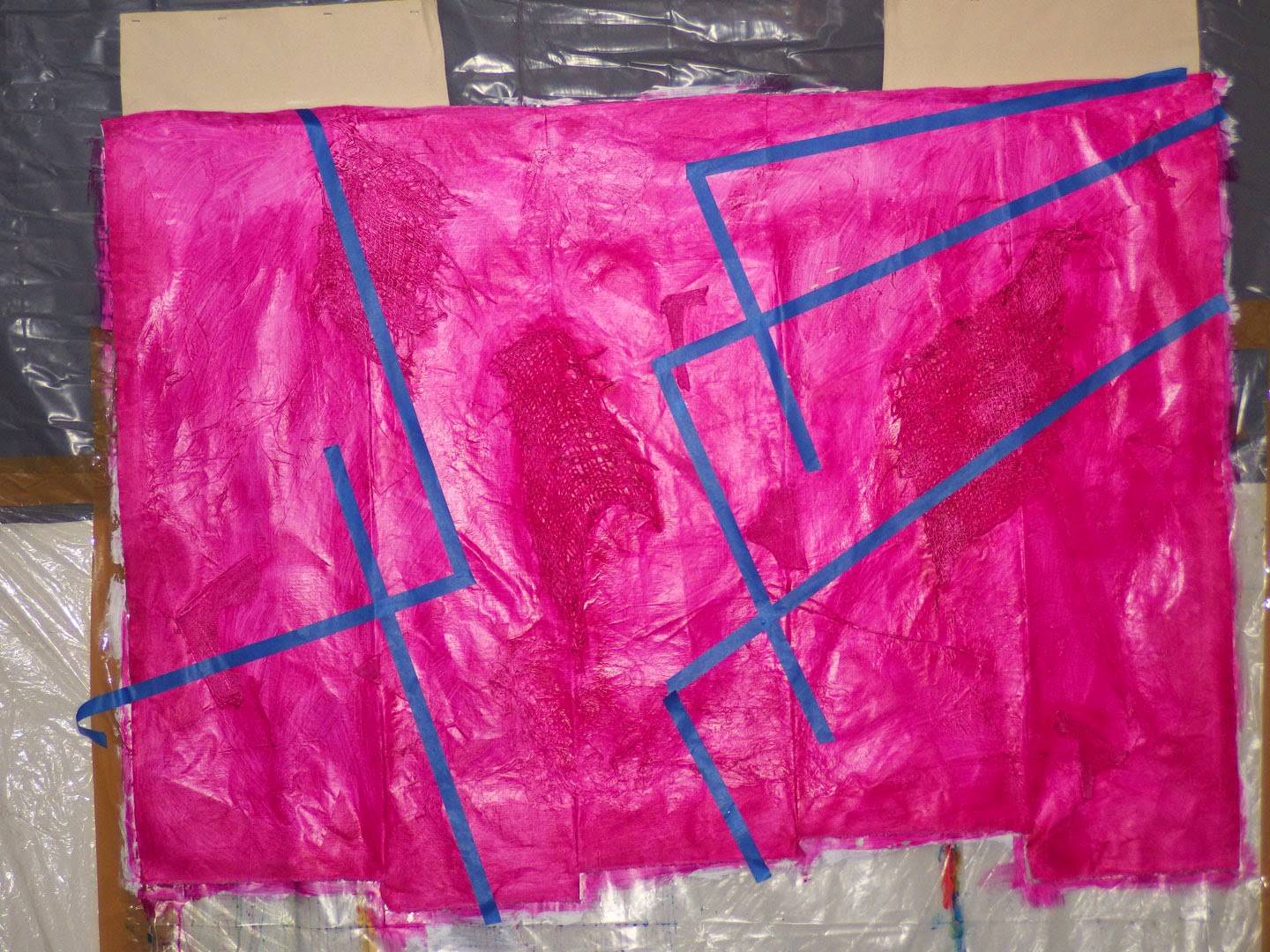 In my minds eye I saw the starting point for this painting as a tiny doodle in a tiny sketchbook. The doodle was from a period of time where I was temping at an office in Toronto. I worked "staggered" hours so that I started before 7 am and finished by 3.30 pm. In the winter it was very dark in the morning when I came to work, the office was empty and I got a view from the windows of buildings gradually appearing as daylight took its time dawning. I was searching through my box of old sketchbooks and couldn't find the doodle of my mind's eye, but found this tiny doodle (about 2.5 inches high) taped into the tiniest imaginable sketchbook. The doodle is from 1981, view from one of the office windows, so it is most likely the doodle I had in mind even if my memory had changed it's appearance! 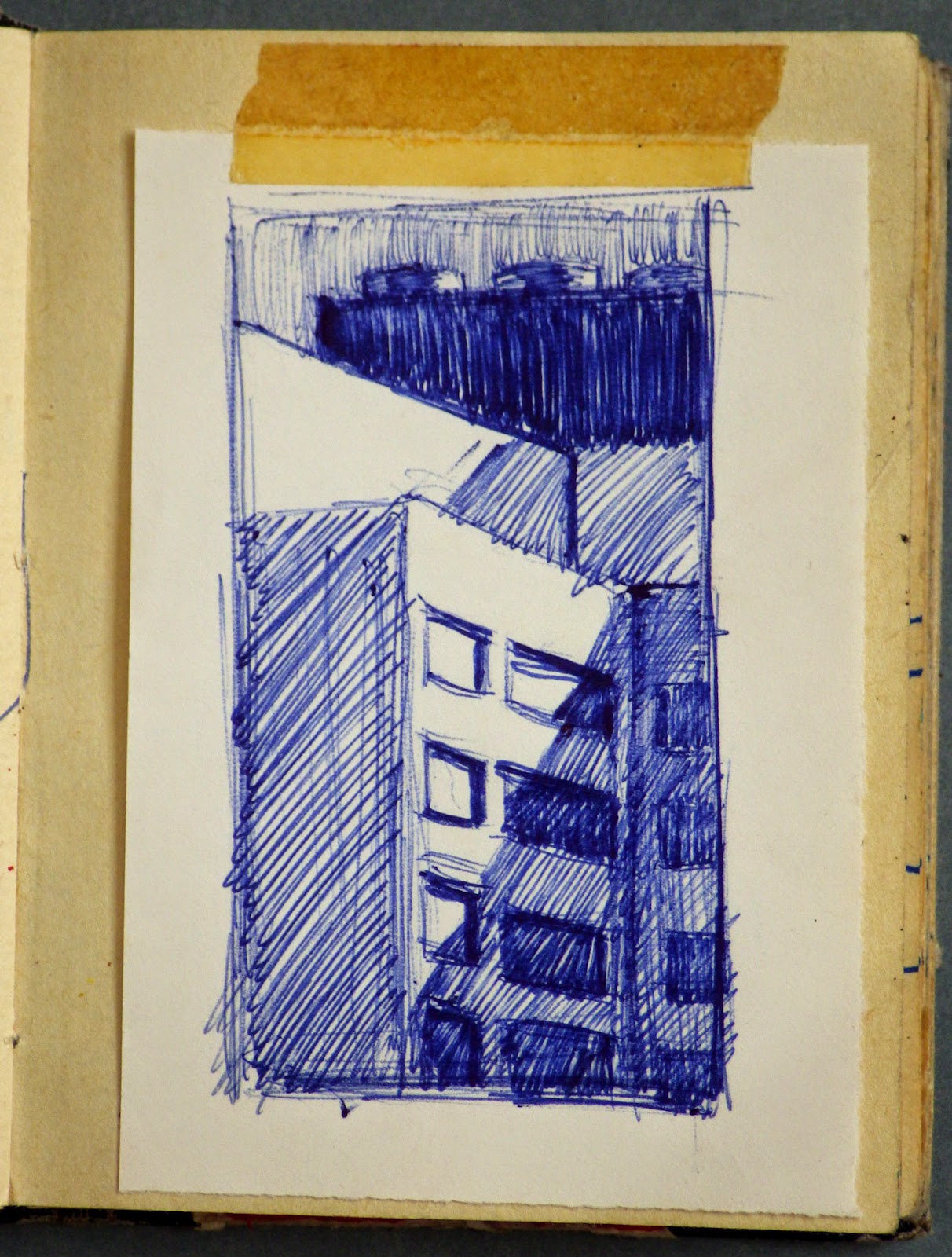 From that same period, I found a number of tiny doodles taped into a half-size sketchbook (imperial equivalent to A5). I know I was looking out a different window in the same office; the vertical lines represented the lines made by open vertical blinds. 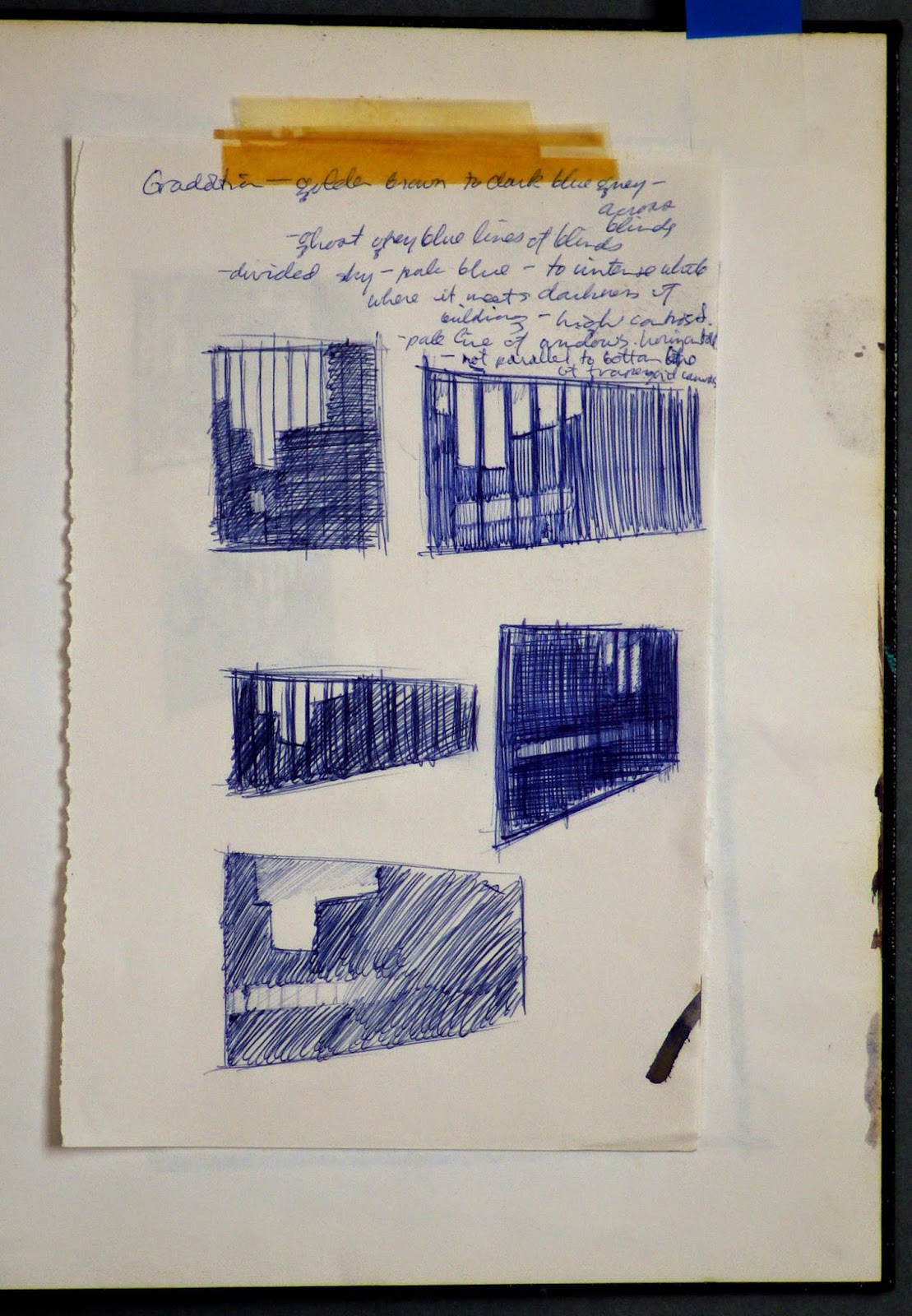 In a larger 8.5"  x 11" sketchbook from 1981 I found some ink sketches of sunrise through this second window which I obviously thought was more interesting! 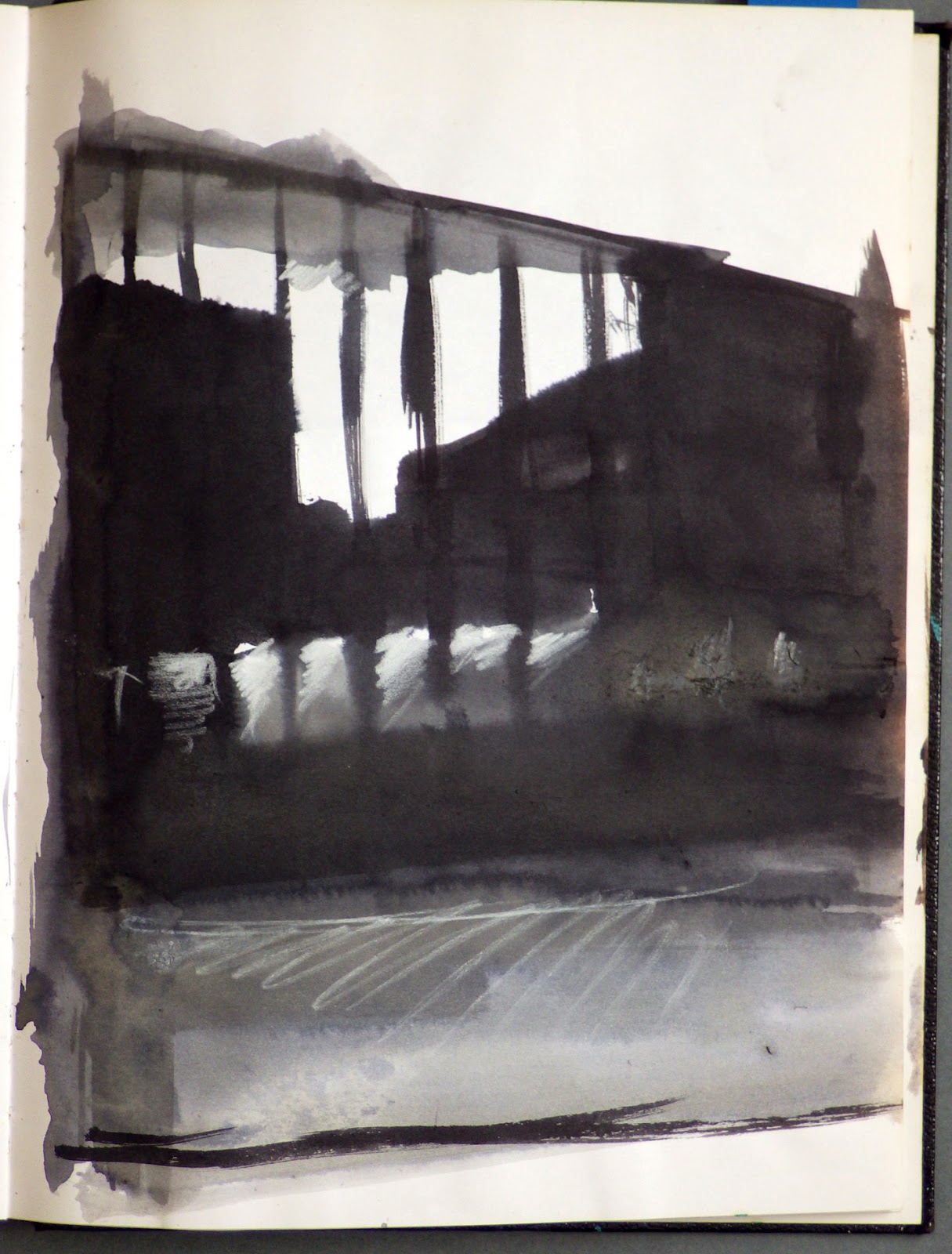 Was I thinking of a shaped canvas? 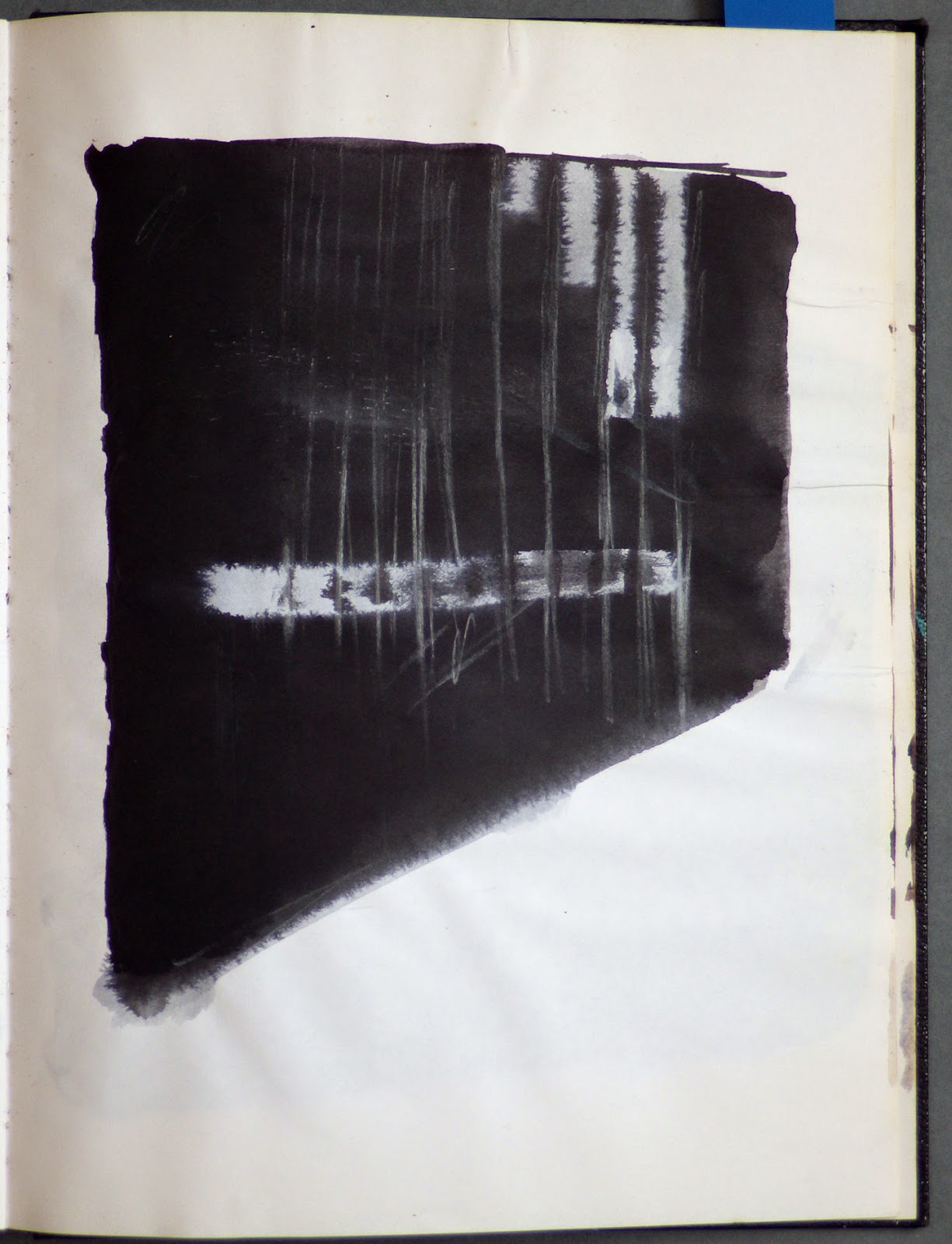 The whites scratches were drawn in chalk, sometimes on wet ink. 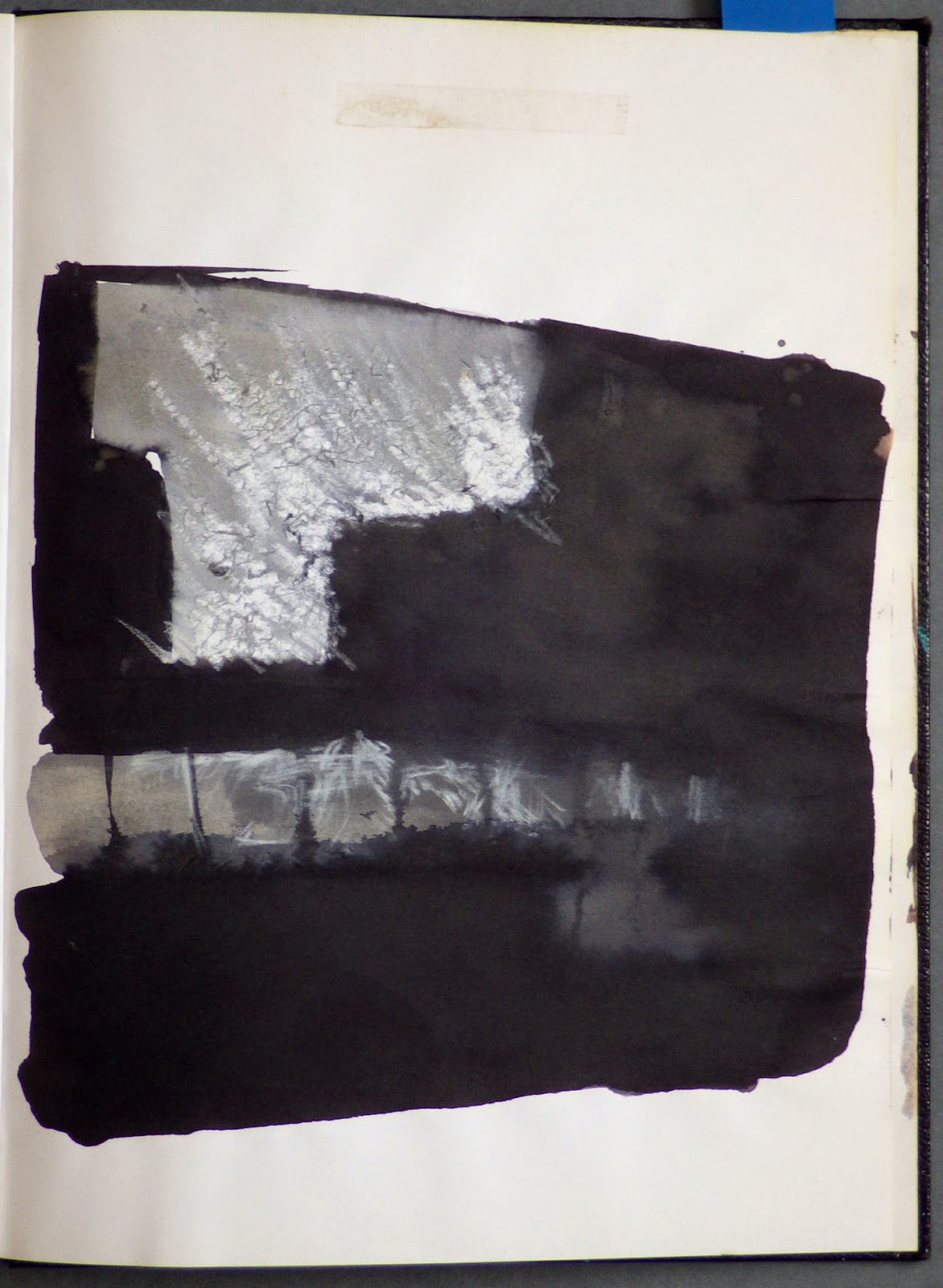 In another full-size sketchbook (8.5" x 11") I was working on the same cityscape theme with pastel. 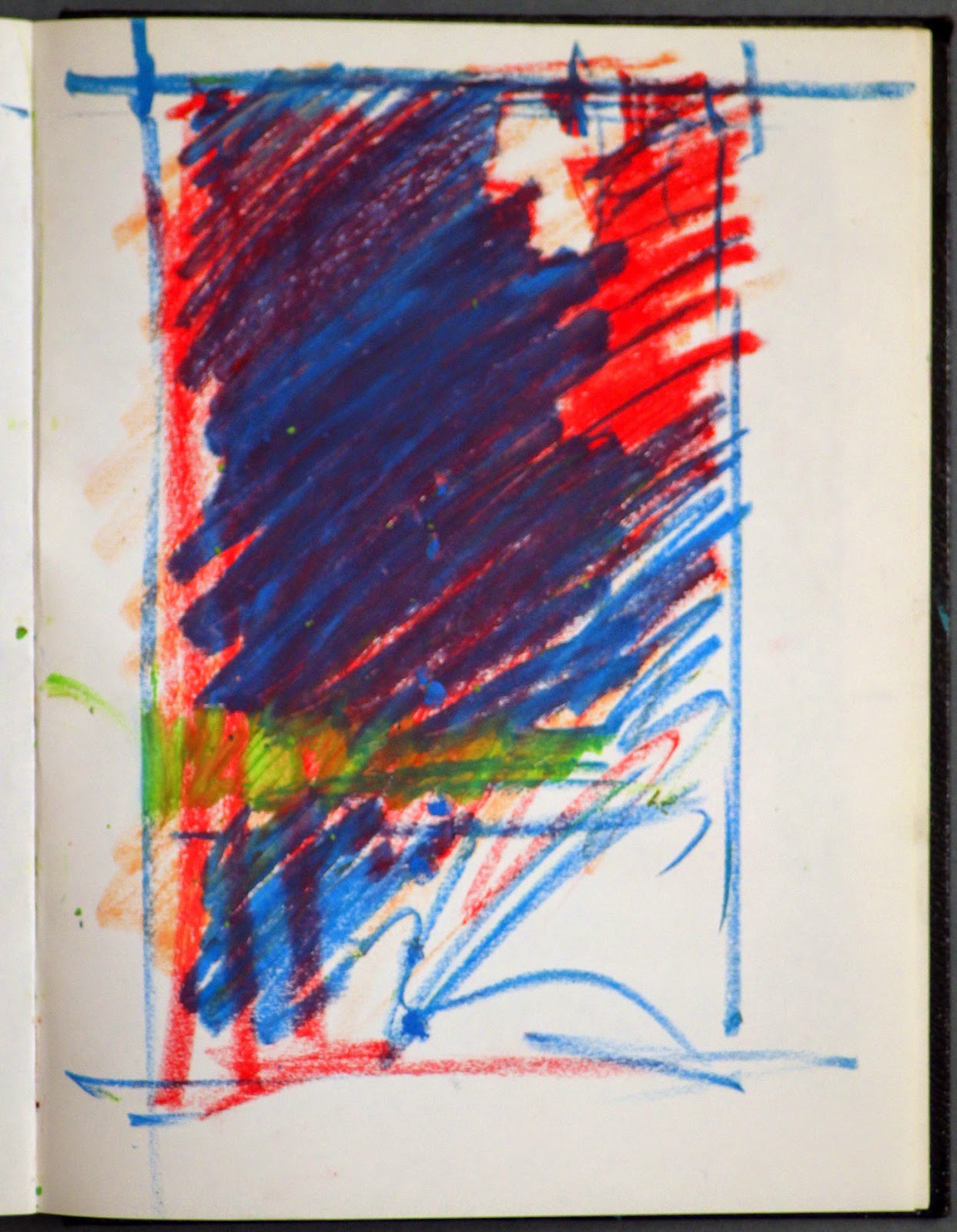 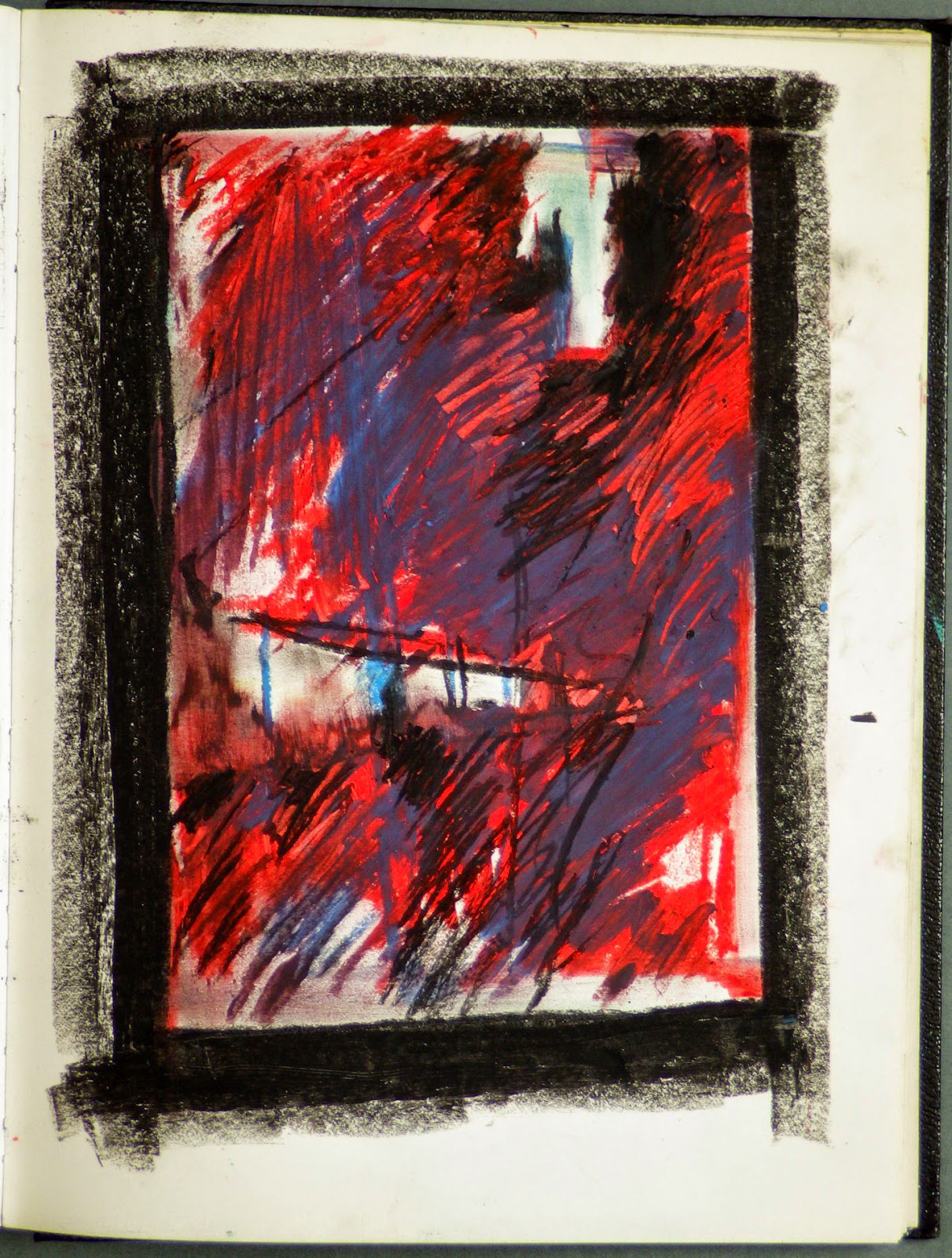 By 1982  I seemed to have more plans to make paintings. These two ink & wash sketches are from a full size sketchbook that year. 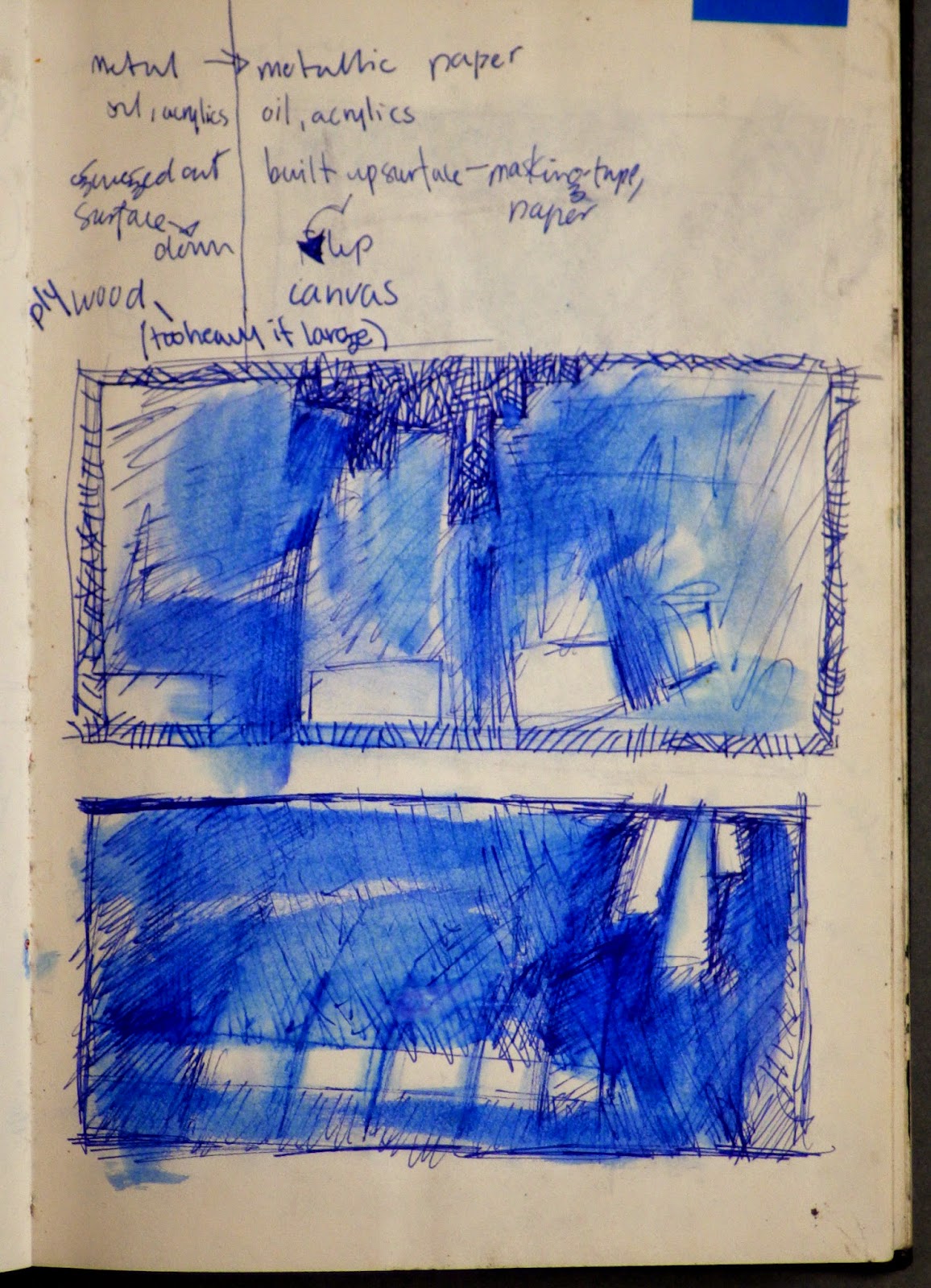 This painted and scratched sketch is also from a 1982 full size sketchbook. 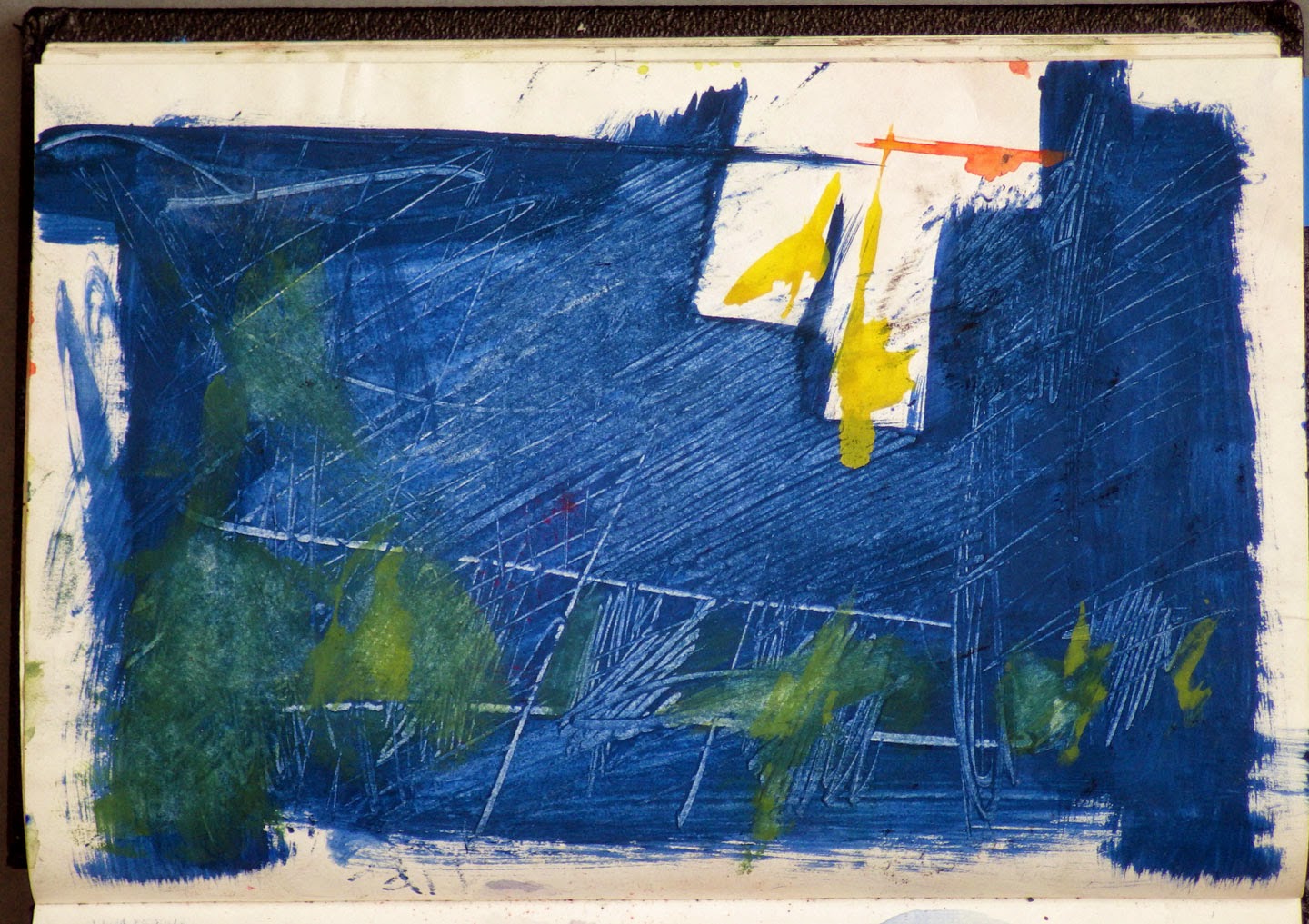 This sketch, from the same 1982 sketchbook, only covers about half the page. I used some silver paper and gold tape that I had found in a factory dumpster; the black is burnished crayon. It is this sketch that I am probably most thinking of as suitable for a starting point on the textured composite canvas. Time to get to work1 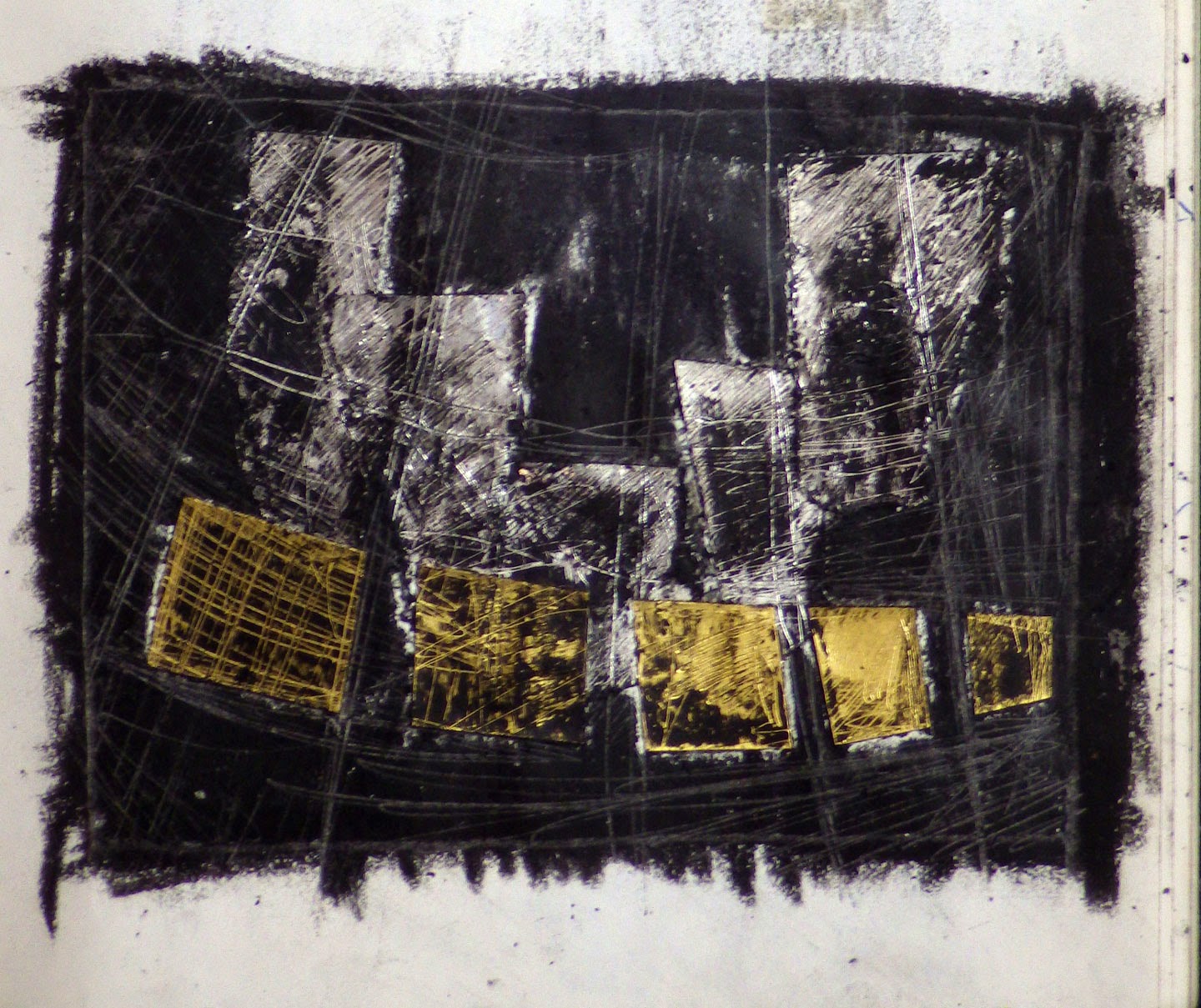