Some time in the mid-1980s I acquired a bunch of small glass and mirror panels (approximately 12.5 x 7.5 cm// 5 x 2.75 inches) and  had the idea to make some boxy gifts for friends and family. I don’t remember how many of these boxes I made but I never photographed them, so for the most part they are lost to time. Since this one was a gift I had given my Mum & Dad it is currently in my possession. 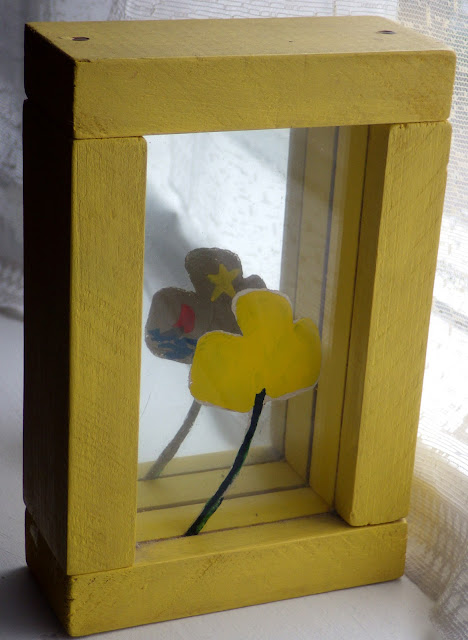 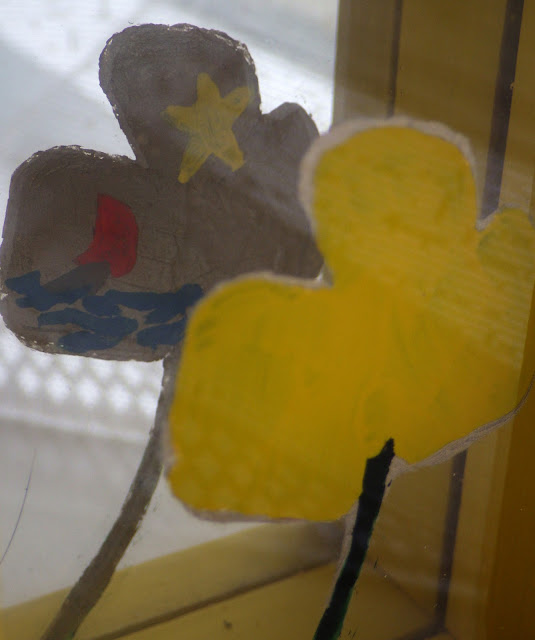 I also painted this figure on a tiny glass panel around the same time and may have been intending to turn it into a gift box, although I completely painted it so wouldn't have been planning a mirror component. I painted this figure directly onto the back of the glass in a reverse method and scratched into the paint for the line work. 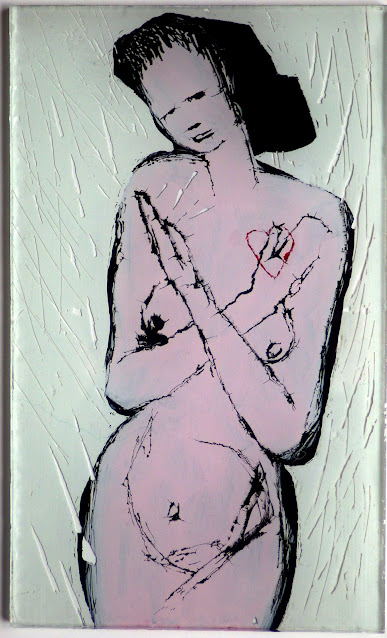 While I may have originally intended to create a gift box with this piece, for some reason I kept it for myself as a simple drawing. It has resided on my kitchen window ledge for decades. I have since come across the concept of "verre eglomisé" as a technique for reverse painting on glass and wonder if my little gift experiments qualify... 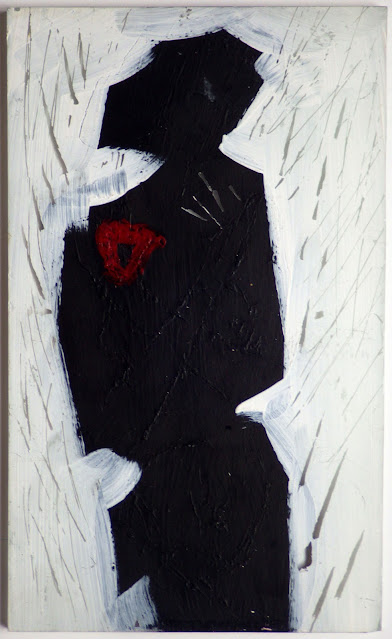 I was at the launch of the Bray Adult Education (BAEC) exhibition of student work (from final years of both 2022 and 2021) at Signal Arts Centre last Friday evening.  The show’s title The Art Within was complemented by BAEC's Director Ray Finucane’s opening speech regarding the journey of each individual on the road to developing their art and the unquantifiability of the art. 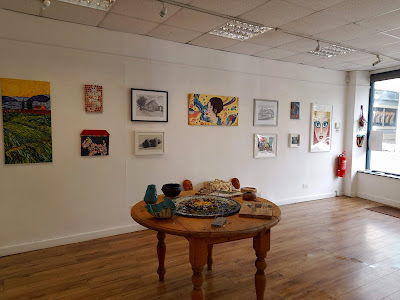 The exhibition is a fine showcase of the varied art and craft processes that the students learn at BAEC, each piece showing an individual creative response to a process. 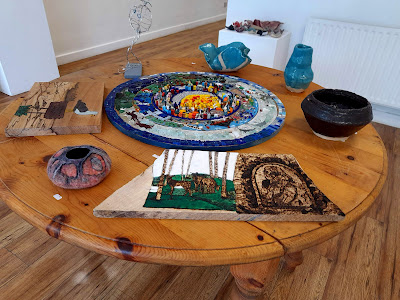 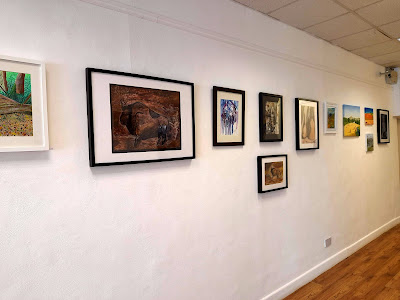 the walls were full of paintings and drawings, showcasing the developing skills of the students, many of whom had never formally explored art forms before. 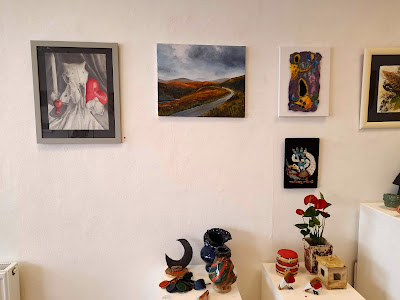 The age old tradition of student artists copying from the Masters is visible on this wall! 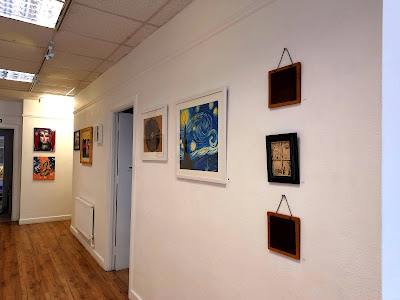 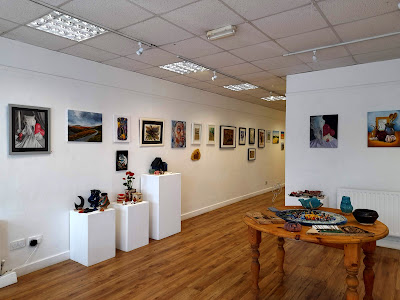 So it was a big show to organise and hang! 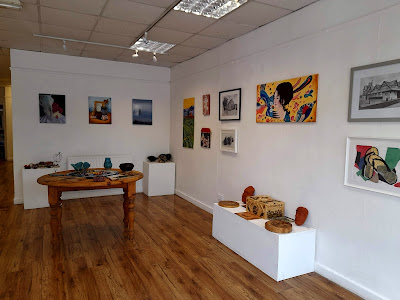 Much appreciation went to the staff at Signal who basically curated as well as hung the show on the Monday beforehand in order to show each work at its best. 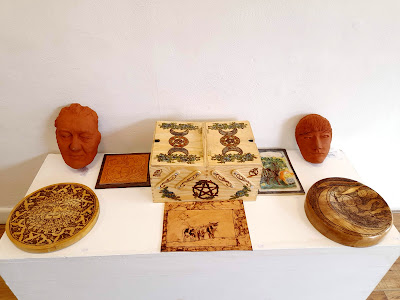 Posted by Lorraine Whelan at 10:13 No comments:

A return to live events!

Towards the end of April I was so excited (but still cautious) about going to the National Concert Hall in Dublin to see a live event. I had bought tickets to see Laurie Anderson before the pandemic, and then of course, everything in the world went topsy-turvy and the event was cancelled. As things started to reopen Anderson had started touring again, and so the anticipated event took place with me in the audience! I had happily been accessing (online) Ms Anderson's output over the past two years (6 Harvard "lectures", the "Party in the Bardo" radio show, and various Hirshorn Museum events) 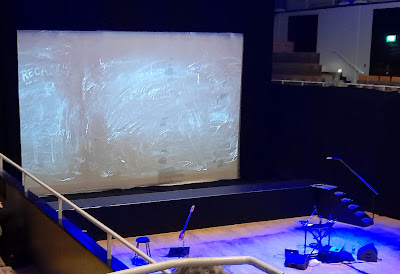 However, familiarity with Ms Anderson's recent work is no replacement for the live event! The evening was exciting and delightful! Anderson was accompanied by the wild improvising cellist, Rubin Kodheli. What a wonderful experience! 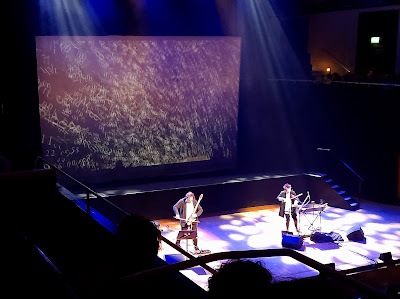 A few days later, Bray Jazz Festival - an annual May bank holiday event - returned to live events. For many years I have been following amazing musician brothers, Conor Guilfoyle (drums) and Ronan Guilfoyle (bass), and their various jazz projects. 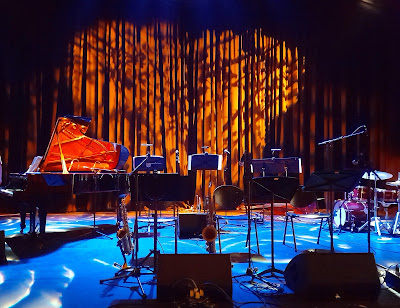 This year The Conor Guilfoyle Octet was set to appear at The Mermaid Arts Centre celebrating the birth of "cool jazz" about 75 years ago. The music was totally fresh - what a joy to be there! 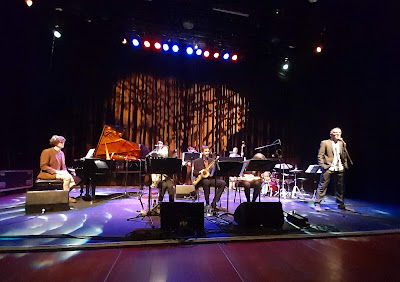 Looking at the Festival programme, I found out that Tudo Bem, Ronan Guilfoyle's Brazilian jazz outfit was playing at The Harbour Bar the next evening.  It was certainly strange for me to be out and about at three live events in the space of a week after several years of livestreaming and zoom events only, but it felt good and right! 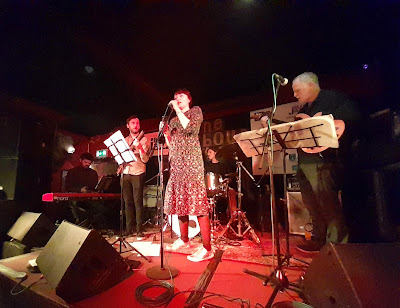 A couple of weeks ago I had great delight in attending the launch of both The Dublin Bowie Festival 2022 and the affiliated exhibition Five Years, by graphic designer Cartoon Bowie, at the gorgeous Rathfarnham Castle. For me it was especially interesting to see how the space was transformed after my recent exhibition of paintings and prints there. For a look at my work, Memory Is My Homeland, installed at this venue see my blogs here, here and here.

While technically The Dining Room is the last exhibition room one is likely to enter, The Entrance Hall offers a lovely portal view of a large animation, setting a great mood for the evening. 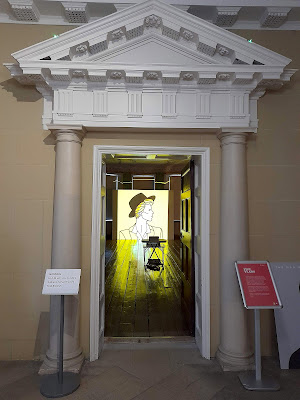 The Saloon was full of graphic images of Bowie, grouped thematically. I spoke to Cartoon Bowie on the launch night and he talked of the more recent images in blue and yellow, which he created after the Russian invasion and subsequent war in Ukraine. Specifically he confirmed, as with Bowie himself, that each time he thought he was done with this body of work, some new theme would present itself. 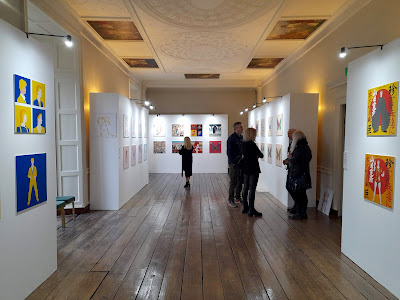 Among my favourite images in the exhibition were the most minimal ones. 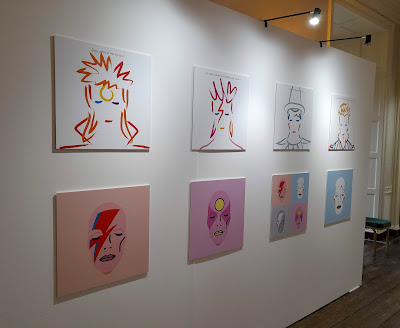 But on the other hand, I also adored the use of Japanese calligraphic characters in the group of works that celebrated the work of costume designer and Bowie image collaborator, Kansai Yamamoto. 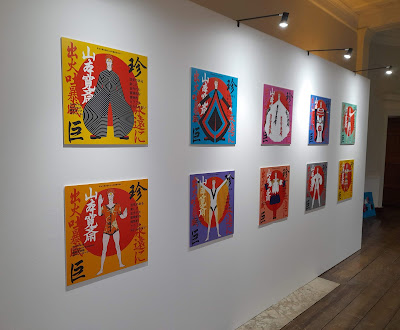 On the end wall in this room were a series of works which emulated, through a Bowie point of view, the work of other artists - one can certainly see an homage to The Beatles Sgt Pepper album, and I recognised immediately the vintage cruise ship travel poster look to illustrate the song Fantastic Voyage. 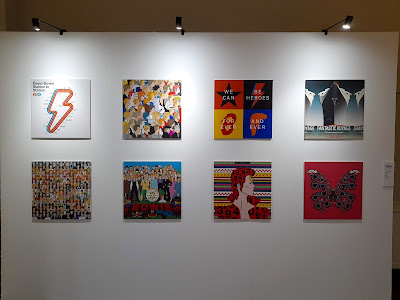 I really enjoyed that the works were all designed squarely as faux but very plausible album covers. 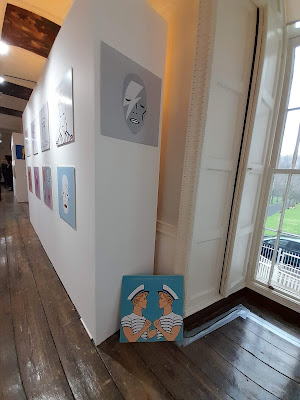 Cartoon Bowie also showed his wit throughout the exhibition - a wit that I am sure the great Bowie woulld have approved of wholeheartedly. 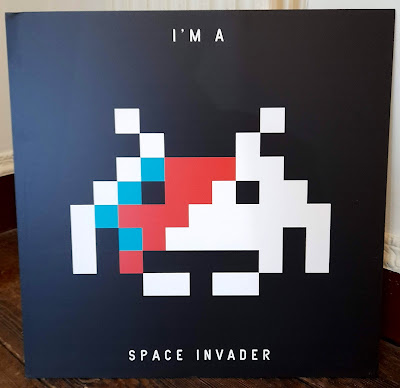 During the Bowie Festival and for the duration of this exhibition, limited edition prints are available for purchase with all proceeds going to humanitarian aid in Ukraine. 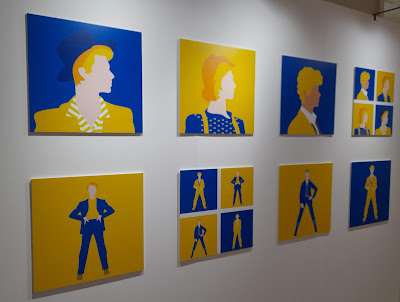 The works in The Pistol Loop room continued with the theme of an ever-stunning, ever-changing consideration of Bowie's profile. 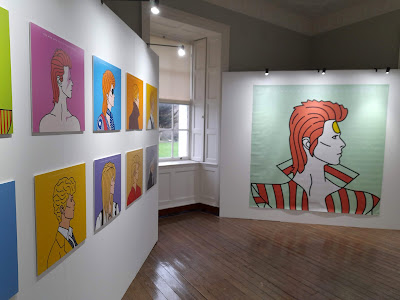 Throughout the exhibition each grouping had it's own didactic, which located the works in Bowie lore and offered a personal commentary from Cartoon Bowie. 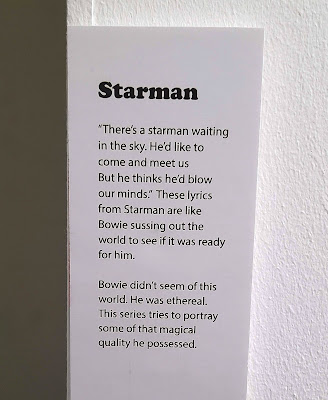 The Starman wall was a stark reminder that Bowie is no longer on the earth, having returned to the cosmos in January 2016, shortly after the release of his final album Blackstar. The joy, though, is evident especially in the lower images (outlining a black star) and a reminder also that David Bowie has left a huge legacy to the music, art, fashion and film industries as well as to humanity in general! Cartoon Bowie used his skills as graphic designer to pay an amazing tribute to this amazing man. 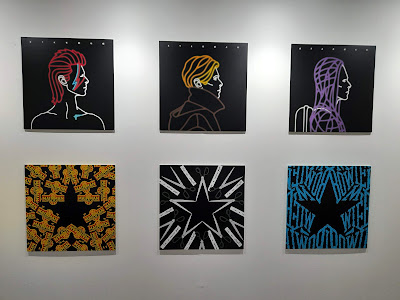 Posted by Lorraine Whelan at 14:20 No comments: