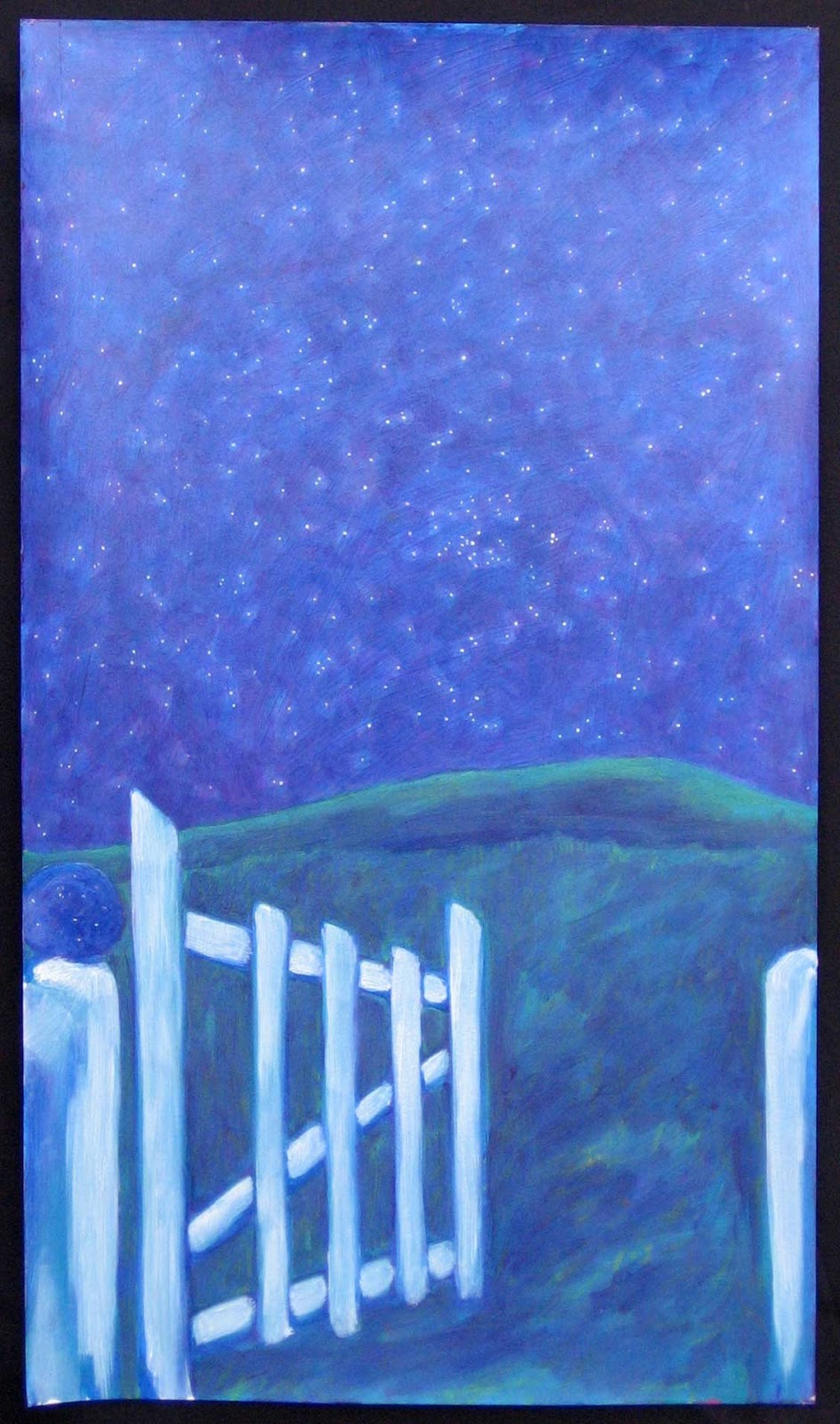 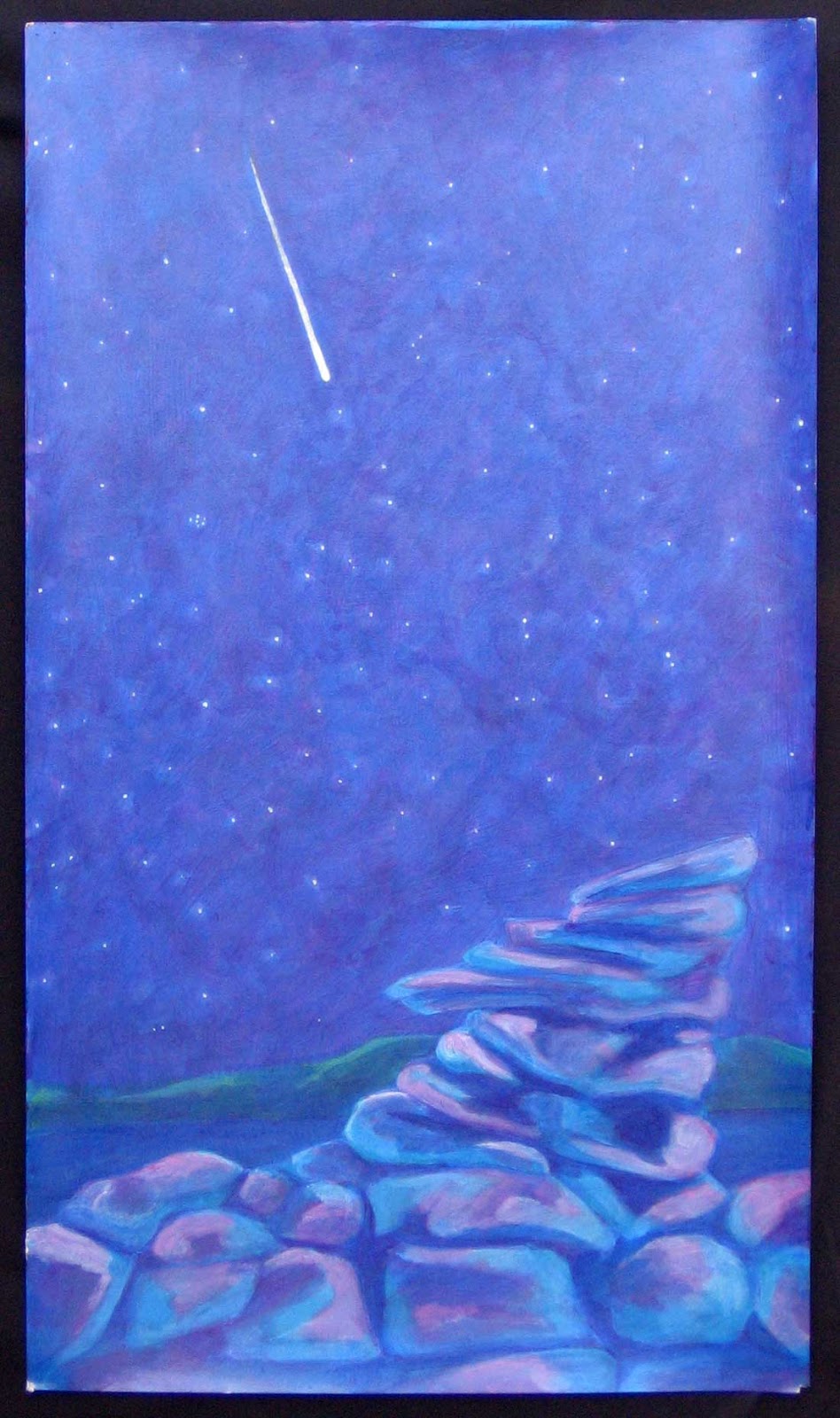 The next day, when asked about the difference between a comet and a shooting star, I was reminded that in fact I have seen two comets since coming to Ireland. The painting above, Knockeen Comet, is based on the actual view of comet Hale-Bopp that I saw from the back of my house (with an outbuilding ruin, Portmagee Channel and Valentia Island as a base for the night sky) when I lived in Kerry.
Posted by Lorraine Whelan at 12:40