Part of The Skipping Project  will include several short videos, which themselves include some animated footage. The first of these videos I have entitled Sword Story and it will include an animated girl carrying a sword superimposed on found military footage (eg, marching feet). So I did some cel drawings in pencil, but I decided I wanted the animated figure to be loose and sketchy instead of too fiddly as my pencil drawings are wont to be. 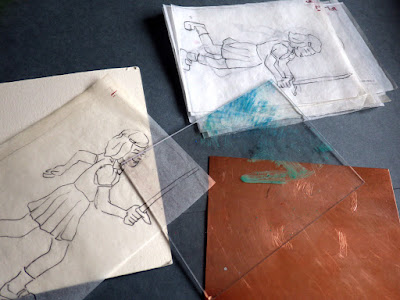 I decided on monoprints for cels -- the printing process would reverse my images and also the monoprinting process allows any number of "accidents" to take place. At first I was going to use a copper plate to paint on with alkyd (water based oil paint) but decided I could use a thin piece of plexi glass plastic as a plate, and then I could paint over the cel beneath. 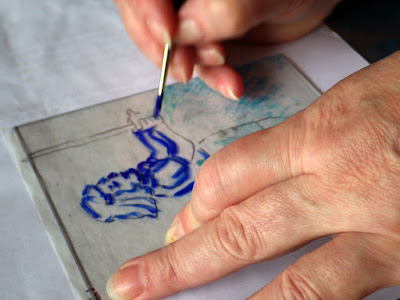 I am working small, so it gives me another chance to make use of my pasta machine printer! 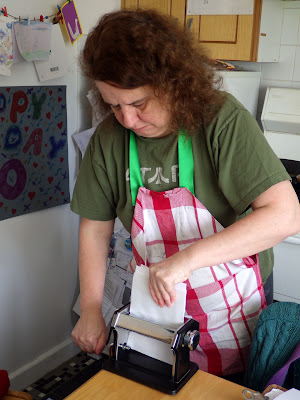 One of the printed cels with the original plate. 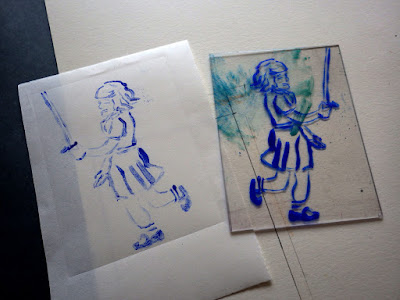 The monoprinting process is fairly quick, especially on such a small scale. There are lots of unexpected results, where the paint is thicker and thinner, more faded, etc. Next step is preparing the cels in PhotoShop, applying a green screen and animating in front of found footage. Onward and upward! 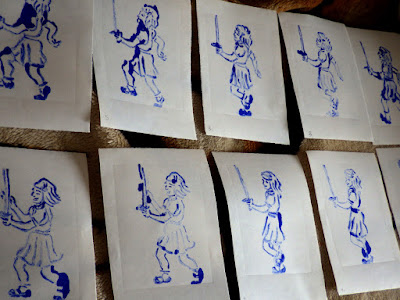 Posted by Lorraine Whelan at 11:05