I visited Tomnafinnoge Wood last week, on the last day of a sculpture symposium. Five sculptors had been working in the woods, in mostly fine weather, for the past ten days. From  left to right they are Con Gent, Niall O'Neill, Dave Kinane, Róisín Flood and James Hayes. 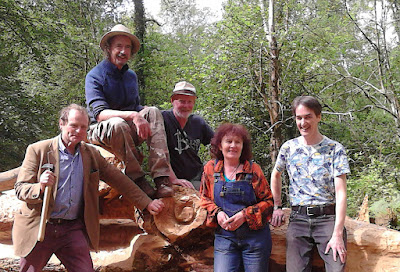 Niall O'Neill was busy at work on an enormous piece of fallen oak. The sculptors could only use hand tools in the forest, and could not damage living trees. 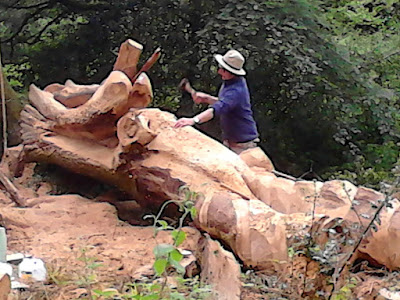 A local child enjoyed assisting Niall in brushing wood dust from the carving. 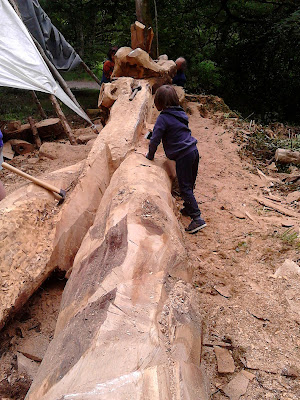 Con Gent carved an abstract face into one end of a large branching tree limb and the final touch was to stand it up as a tripod. 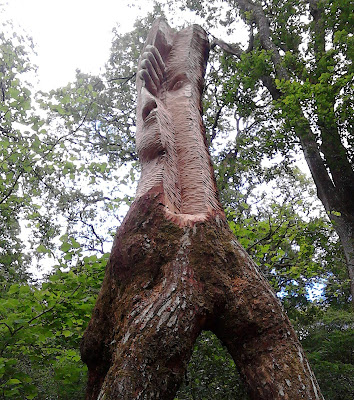 It appeared to be almost walking, spider-like through the woods. 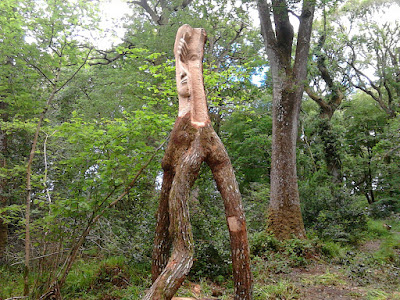 Dave Kinane’s constructed sculpture was the culmination of ten days of measuring, hand-drilling holes, and carving custom dowels to put together numerous saplings into a curving, open-mesh structure. 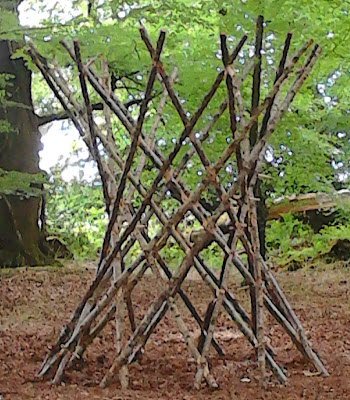 Kinane's piece has an Irish title which tranlates to "The Sanctuary of the Hooded Crow". The sculpture is open-ended and may very well provide sanctuary to birds and other fauna in need. 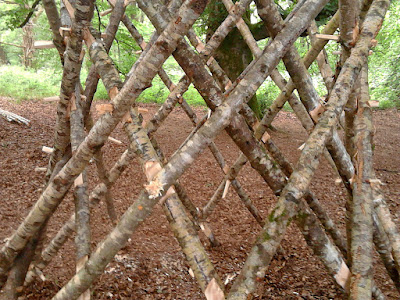 Róisín Flood’s work also required calculated thought and meticulous awareness as she wove together branches into a curved structure, which will eventually disappear into the woods. 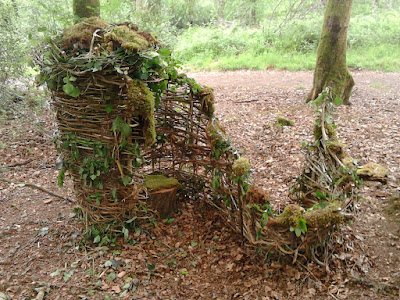 When I visited, Flood was applying finishing touches of ferns and moss in the hopes that animals may build comfortable homes within her piece. 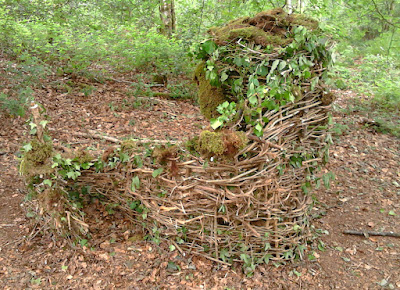 In addition to O’Neill and Gent, James Hayes was also woodcarving. He carved two blocky caryatid figures into short columns and they seemed to provide a portal into a glade. 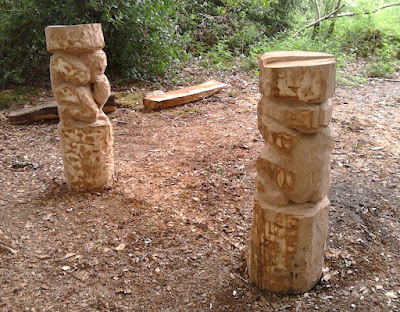 The figures. male and female, represent a duality within nature, both benign and malign in its disinterest. 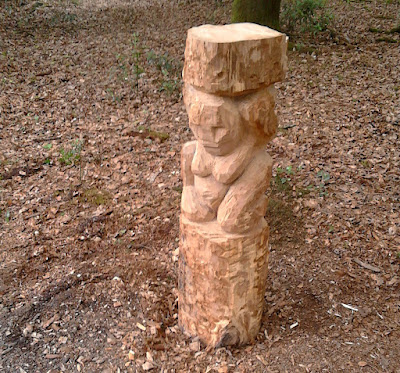 The carvings are roughly chiselled and appear both ancient and contemporary. 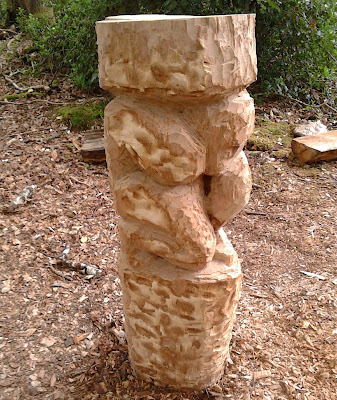 The concern for the environment and importance of craftsmanship was obvious in the work of the five artists on the symposium. Both local artists and the general community are hoping that this wood symposium will become a regular event.
Posted by Lorraine Whelan at 09:20