A couple of weeks ago, my husband became aware (via his facebook news feed) of a free portrait drawing workshop to be held online, by Raw Umber Studios. Neither of us had done this kind of drawing in a long time, so we both signed up for the one hour workshop, just as something to do on a Sunday afternoon. Charcoal was the suggested medium and the first "pose" was ten minutes long. 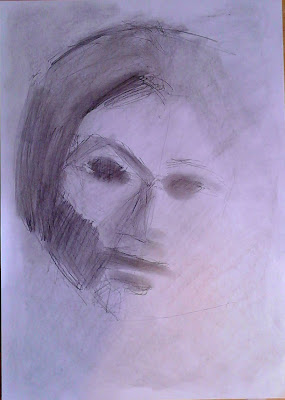 The tutor, Lizet Dingemans, worked alongside the livestream platform, talking through the various steps, such as marking measuring off points quickly, blocking in areas of light and shade, etc. The "model" was a group of well-lit photographs (of the same person), which changed with each pose. The second pose allowed 20 minutes for a drawing, and again I used charcoal on white paper. 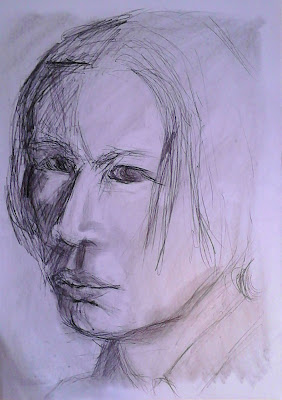 I found that I was watching the alongside drawing of the tutor too much, so I decided with the third drawing, a half hour pose,  I would use black and white conté on grey paper. It was delightful that the studio was offering this introductory workshop for free, which I imagine is a way to get more people to pay for additional courses. It's been a few decades since I've attended any formal classes, but as a working artist this workshop provided a good excuse to simply do some drawing that has nothing to do with my current work. 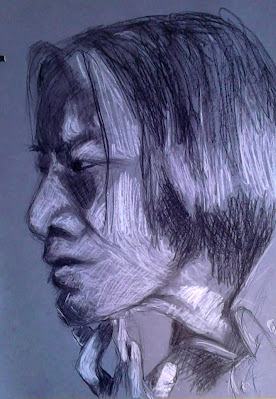 Posted by Lorraine Whelan at 11:57