A few weeks ago I was completely taken with Jesse Jones's exhibition, Tremble Tremble, at The Project Arts Centre. I blogged about it here. 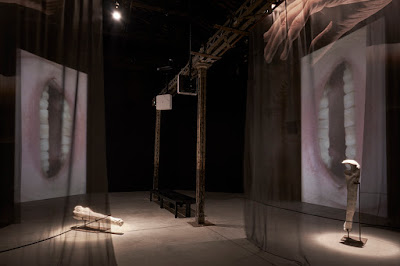 I was delighted then when it was announced that Jones would be in conversation with Olwen Fouéré one evening last week. I made my way into Dublin to attend! It was great to hear the two women talk about how the piece developed and in fact, how it is continuing to develop. Each venue is taken into account as the work deals with installation specifities. 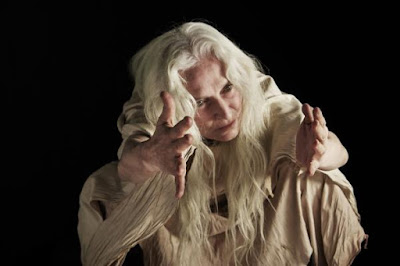 I had already seen Tremble Tremble prior to the conversation but was entirely unaware that there was a water element until it was discussed by Fouéré and Jones! I must have been focused on something else on that first visit to the exhibition, but I did not miss it on a subsequent visit. 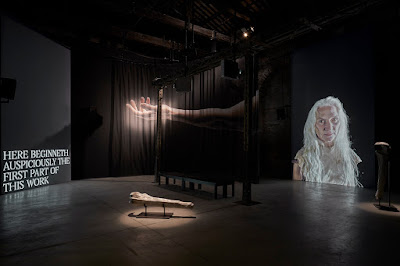 I really enjoyed that, during the conversation, Jones passed around two of the physical objects that were used during the elements of live performance in this exhibition. As with the previous artists-in- conversation events that I have attended, there is such great insight into the process behind the artwork that comes out naturally through conversation.
Posted by Lorraine Whelan at 08:51