In the past year especially, I have seen quite a lot of open calls for online opportunities. As I had recently dealt with destroying a large oilstick work from 1989 but couldn't part (yet) with a number of elements from the painting/drawing (I blogged about it here) the open call for "Open Fragment" was serendipitous! As recent work was requested I wrote to the curators for clarification - while the original work was created in 1989, the fragments created by destroying Sea of Roses could be seen as new works from 2021. 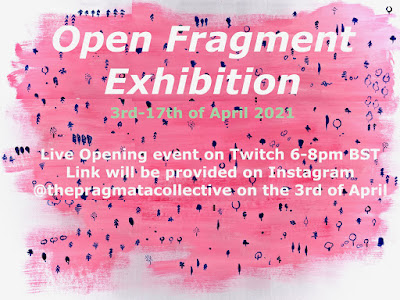 The curators wrote back to me and encouraged me to make a submission and it was a simple enough process, so I did. 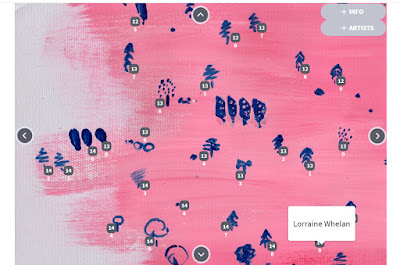 The online exhibition was organised by Pragmata Collective, a UK-based artist/curator duo (Adele Lazzeri and Toby Kidd) who are interested in an experimental approach to curation, which they fully outline in the exhibition statement. 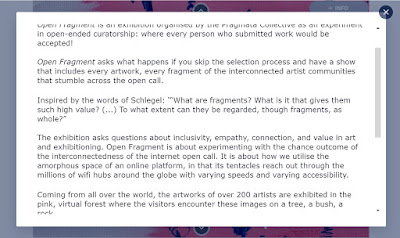 I submitted an image of my piece along with a short statement about it. The various artist statements were submitted to an electronic device which randomly read out parts of statements during the online launch of the exhibition. It was very interesting to hear this electronic mash-up of words, though my computer could not handle the TWITCH site for the duration of the launch. 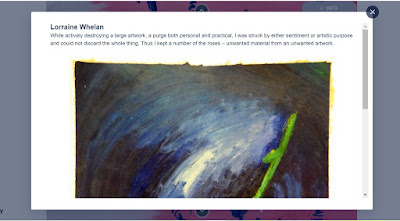 I retitled this fragment from Sea of Roses as Jetsam. I thought the definition of jetsam as "unwanted material or goods that have been thrown overboard from a ship and washed ashore, especially material that has been discarded to lighten the vessel" was appropriate to my destruction of the original 1989 work and personally lightening my load... 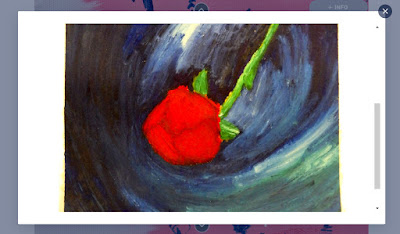 It took me awhile to figure out the numbering system, but that is because I was randomly clicking on the numbers on the site rather than simply looking up the list of artists which was provided. 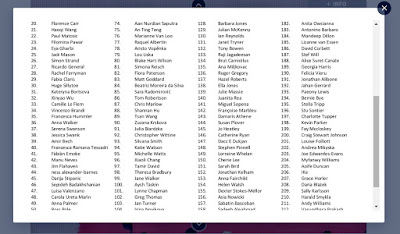 Posted by Lorraine Whelan at 10:28