The Tower at Rua Red

I was so excited a few months ago when a friend told me the Jesse Jones exhibition, “The Tower”, at Rua Red gallery in Tallaght was a continuation of her exhibition “Tremble Tremble”, which had been Ireland’s entry to the Venice Biennale in 2017. While I did not get to see that exhibition in Venice, I did see it a few times when it was shown again in Ireland the following year. I wrote about it here and I also wrote about the "in conversation" evening between Jesse Jones and Olwen Fouéré here. 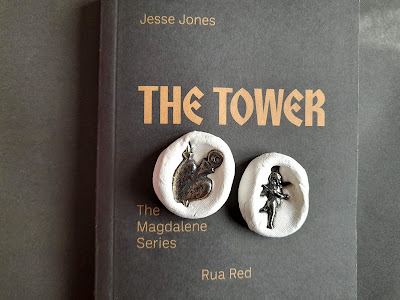 As in 2018, I was stunned and amazed by Jones’s monumental multi-disciplinary work involving collaborations in film, dance, sculpture and performance. Wow! As I stayed for the duration of several performances I ended up with two “milagros” (hope/healing/spiritual charms), which I cherish. 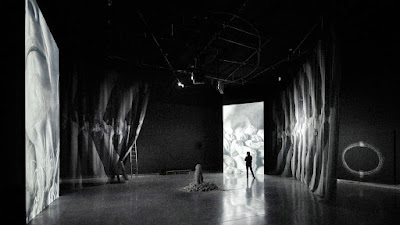 I was thrilled to learn that there will be a third installation in this amazing series of artworks from Jones. I lifted the last two photos from the Rua Red website and publicity (with apologies as I could not find the photo credits) because I wanted to give a sense of the magnitude of “The Tower”, which is a totally indescribable work, and I most certainly did not want to take photographs during this incredible performance event. 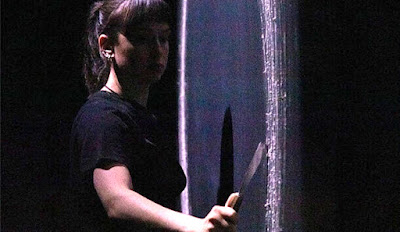 Posted by Lorraine Whelan at 09:38