While going through the multitude of items in the roof portfolios, I came across the poster for my friend Pat Moran’s 1988 exhibition at Temple Bar Gallery & Studios in Dublin (where I held my first solo exhibtion the following year). 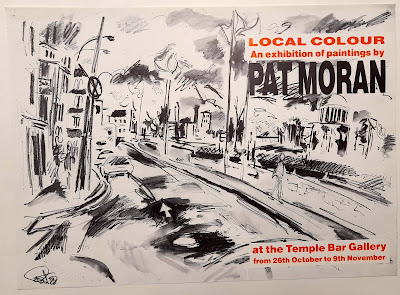 It was a great loss to his many friends and Ireland’s art world when Pat died suddenly in 1992, just a week after I had last laughed with him. I think I have a letter from Pat from 1989, and also the birthday card he made for me. 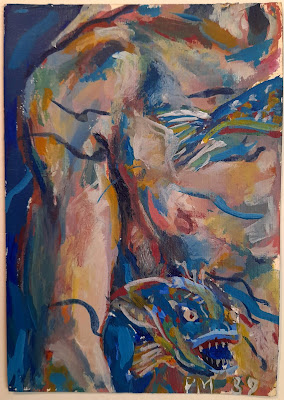 On the other side of the painting he included the dedication and a postcard he found. He told me this postcard reminded him of the studio I had in The Tyrone Guthrie Centre, which was full of large dolphins, flowers and star cutouts that I drew and stuck to the studio walls. When Pat visited my studio there, he called it the "play room". 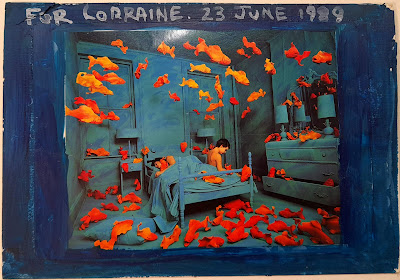 I googled Pat expecting to find some images of his work but was surprised not to find anything online. However, there was a Gandon Editions catalogue from a retrospective held at The Crawford Gallery, Cork in 2003 available and I promptly ordered it from Kenny's Bookshop in Galway. A few days later I was perusing the catalogue. 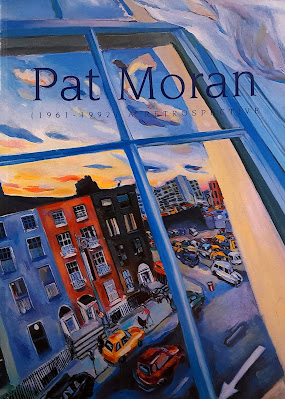 I particularly liked his Self Portrait with Isabella Rossellini and the look of surprise on Pat's face in the painting. 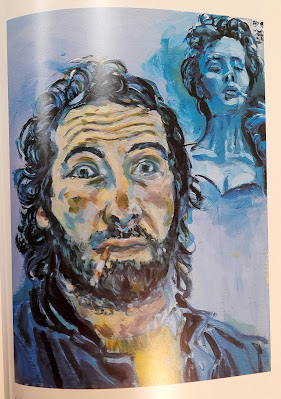 I thought I would include  here a couple of  images of some paintings of The Tyrone Guthrie Centre at Annaghmakerrig, which was where Pat & I first met in the spring of 1989. 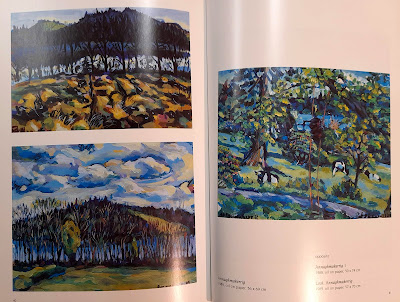 Posted by Lorraine Whelan at 10:13