I've got a few things that I'm working on at the moment, hopefully to bear fruit in the coming months. But one of the most pressing things I must do now is actually organise all the artwork I created during my ten week studio residency at Signal Arts Centre. The past few months have also coincided with a new studio being built in the backyard for my husband (sculptor James Hayes) and this currently empty space provided a great area for the photographing of the artwork. 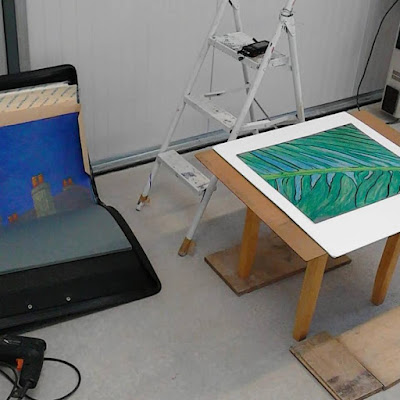 For the past few years I have been participating in Incognito, an annual fundraiser in support of The Jack & Jill Children's Foundation. For this fundraiser, artists create and donate small pieces of art on cards; the cards are exhibited and sold in a Dublin gallery (this year a gallery in Cork is also involved). 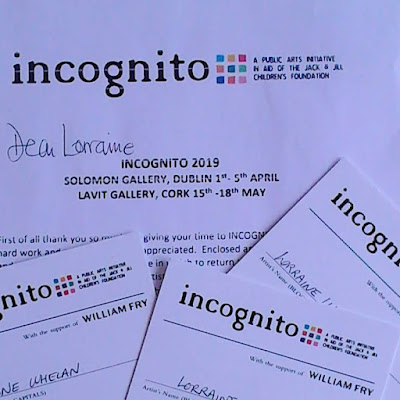 There are no signatures on the front of the cards, so buyers do not know whose work they have bought until the work is sold - hence the name of the fundraiser. All cards are sold for €50 with the entire proceeds going to Jack & Jill. This is "Fracture" - a tiny painting that I adhered to one of my cards in 2017. 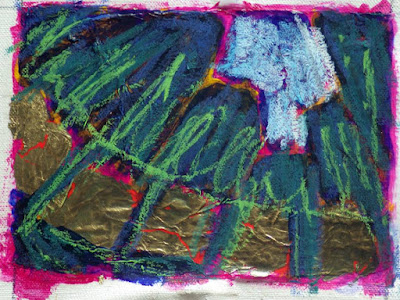 This is a lino block print that I affixed to one of last year's cards. The rosary beads image of "Prayers for My Children" was inspired by the same circumstances that inspired a short story of the same name, which was published online in Tales from the Forest last year. 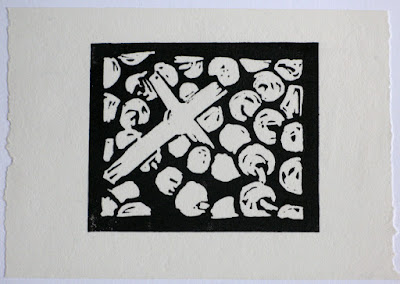 In fact, this blog began with showcasing the Big Egg Hunt Dublin! It was a more labour intensive fundraiser, and probably not as lucrative for Jack & Jill as "Incognito", but it was a lot of fun.

At the end of the event, my piece was bought by IBM Legal in Dublin. This is an amalgamation view of my egg, "Wild Roses".

Posted by Lorraine Whelan at 08:25