I wrote about having my proposal accepted for this year's Aos Dara/Umha Aos combined symposium here and included some of my preparations. I saw last year's work, which I blogged about here reviewed for CIRCA Magazine here. Tomnafinnoge Wood is really beautiful! It is an old oak forest with two rivers and several paths from which to explore it. 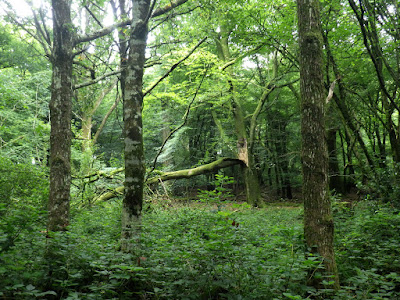 My intention was to explore different media and while I had prepared graphite and acrylic pages in advance to work on, while I was at Tomnafinnoge Wood, I did some bark rubbings. 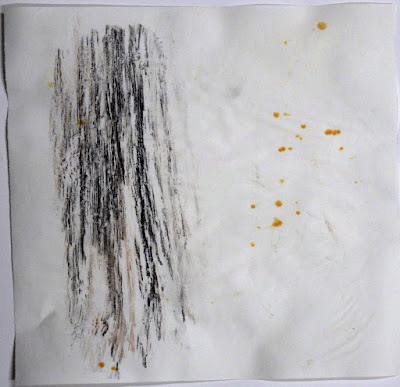 I thought I might use them in planned collages, and though I didn't, they got me into the mood! 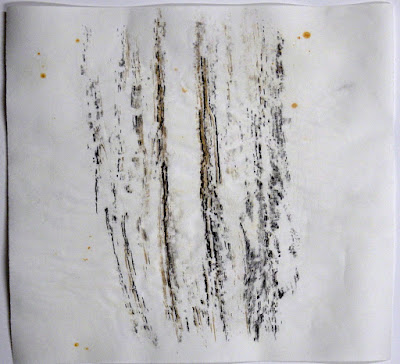 I also collected some oak leaves while I was at the forest and printed from them directly when I got home. 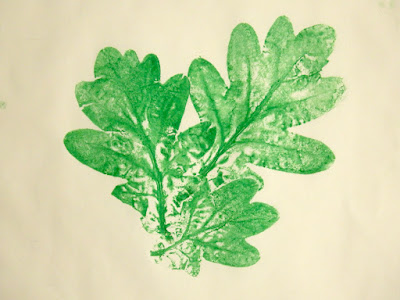 Using my watercolour pencils, I did some sketches from the numerous research photos I had taken during my day in the woods. There were some very strange looking mushrooms growing on trees! 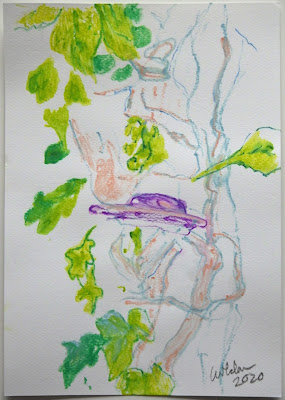 There were lots of smaller mushrooms at ground level too, on fallen, mossy tree limbs, and I even found a quite large Faerie Ring, which neither me or my companions dared to trespass in! I did especially like these mycelial networks and wanted to work more with the image. I'll report more on this in next week's blog. 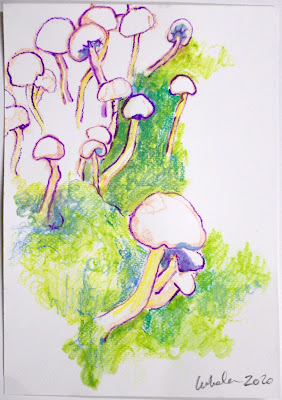 Posted by Lorraine Whelan at 10:12