Home Project - Memory is My Homeland

Last spring I finalised a title for the body of work, which I had been alternately thinking of as "The Home Project" and "Stories of Home". I finally settled on "Memory is My Homeland", a phrase which I extrapolated from a quote by artist Anselm Kiefer. The beginnings of this work can be seen in previous blog posts here and here. The third small piece in this series is based on the view from my window, from the first time I moved from the family home - I lived here for one month, and almost would not even include it in thinking of my various homes, but for the number of stories that I associate with this one month. I think this work gives an indication of some of these stories! 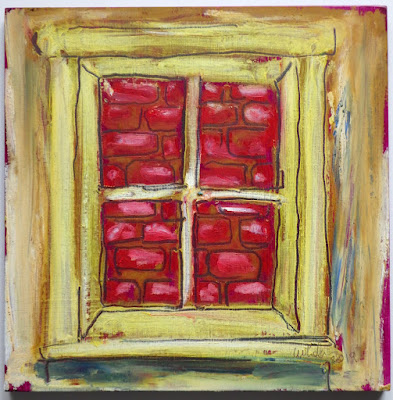 In July I did a sketch for a larger work related to the house that I grew up in. I would describe it as being about "growing up, leaving home, and trees & flowers". Kingswood, in the east end of Toronto. 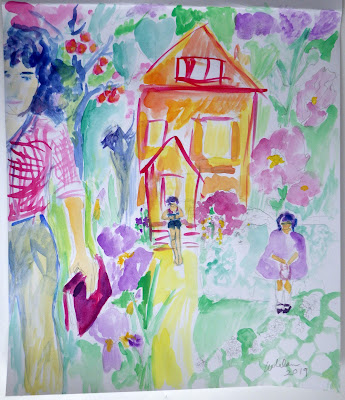 I finished the large painting before the end of 2019, but that will provide a blog post on its own. I used the image from the corner of this painting (a memory of my Communion Day, though for the painting I removed the veil) to feature in some prints. 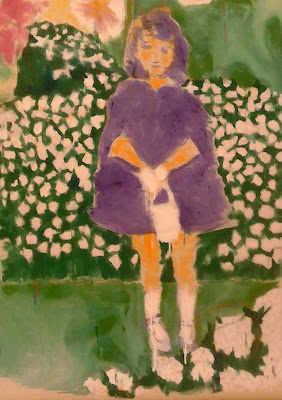 I previously blogged about going to the Trinity Arts Workshop to learn about carborundum (which can be found here) and it was after printing out the carborundum prints that I decided I wanted to include some linework in the final print. I returned to the TAW to etch a corresponding copper plate and was shown how off-setting a print from the carborundum would facilitate a perfect correspondence. I had never encountered this process before, so it was like magic! 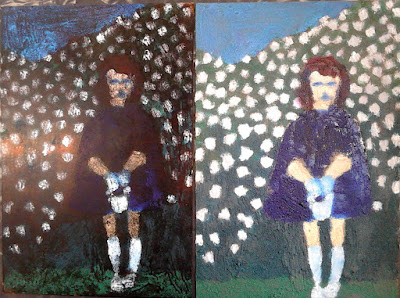 While I was resident at Signal Arts Centre at the end of last year, I did a few more test prints of the carborundum plate. I still have access to a small press and plan to finish the copperplate in drypoint before combining the plates for a final print edition. 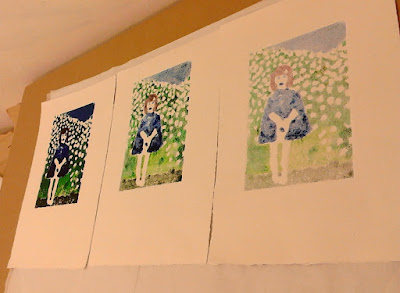 I used the Communion image again for a monoprint, but unfortunately I think I applied too much pressure when running through the press, and the ink stuck to and ripped the paper. This is the actual plate before I put it through the press. 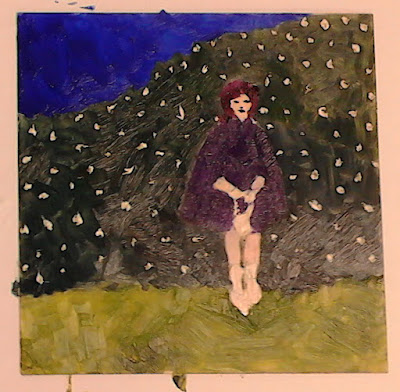 Posted by Lorraine Whelan at 08:23