Patrick MacAllister at The Mermaid

I realised last week that Pat MacAllister's exhibition, "Peering Out", was going to close soon, so I hightailed it over to The Mermaid Arts Centre here in Bray to have a look. I had covid when the exhibition was launched so could not attend, though it would have been nice to see Pat as I hadn't seen him in years. As well as an exhibition of work, I am also always interested to see how a body of work is laid out in a particular space - there seems be a unique solution applied to different exhibitions. At the Mermaid, the gallery is usually accessed by a stairwell (there is a disability elevator available) from the main floor lobby. 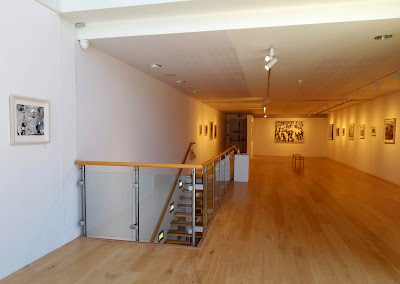 I was attracted to the black and white images that faced me as I came up the stairs. It has been many years since I have seen Pat's work, which I remember as colourful and non-objective so I was also surprised at what seemed to me as figuration popping from the black and white canvases. 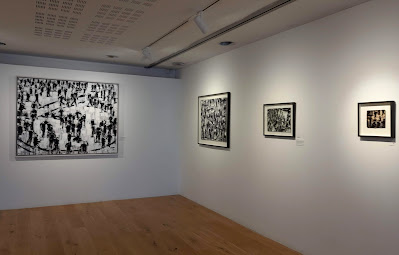 Indeed, it wasn't just the impasto playing with my perception - there definitely were a crowd of people (albeit loosely painted) expressionistically depicted in this painting. 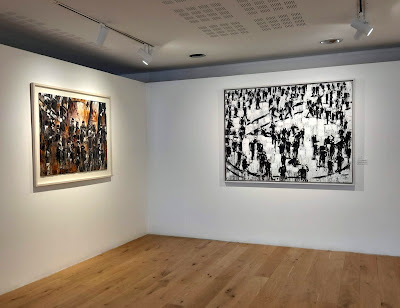 This work entitled "Lockout 2", from 2018, had an explanatory didactic next to it and the viewer got a sense, through paint, of the historical industrial dispute in Dublin in 1913. 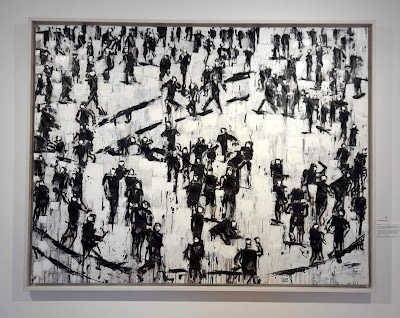 Although the pieces that I first came across in the gallery were probably just as interesting to view, I made a bee-line for the larger paintings, which drew me to them through the extra wall that seemed to contain them in a way that made them special. 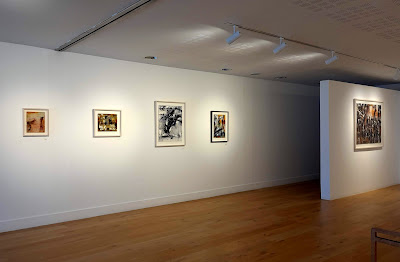 Likewise, the small room to the side and back was attractive because it had been painted a dark grey unlike the white of the rest of the gallery. 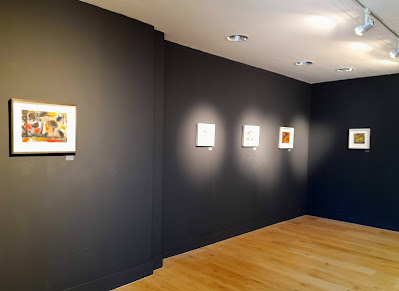 The pieces here were smaller than the other ones in the gallery but they suited this intimate environment and they had a "large" impact. 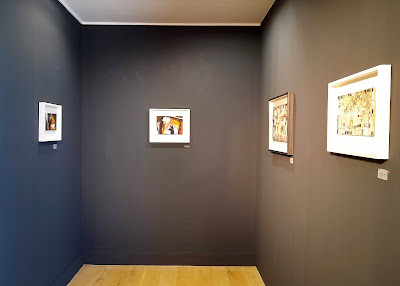 This was one of my favourite pieces in the show. The work itself is reminiscent of a map in my mind, with representations of game markers, yet it depicts no known map and no specific game. I look at it as a totally non-objective painting but it doesn't bring me back to Pat's old work that I remember. On the contrary, I see it as a move forward for his style. 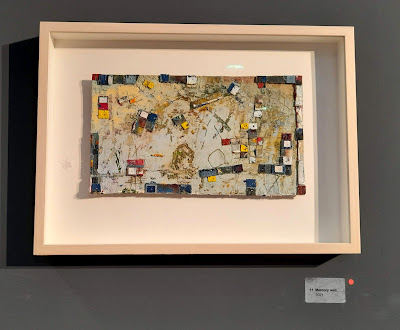 Posted by Lorraine Whelan at 09:36