While I was in Canada in July, the last leg of my trip was in Ottawa. I spent a day walking Le sentier culturel (the culture path) in Gatineau across the river and I saw so much artwork that I figured I had to devote several blog posts to it; this is the second and the first is here.

This mural was designed by José Guénette as a reminder that the area has a history of being ravaged by fires, but also a reminder of the major (past) employer of the area, the EB Eddy Match Co. The children - of any time - act as witnesses to the events of any era. These particular children could easily represent children of employees from a century ago or children now. 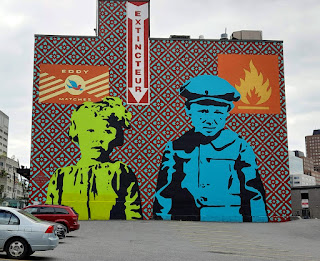 Place Aubry is a small pedestrian area in the middle of the downtown core. Walking in from the street I was drawn to the faux fountain where various colourful animals appeared to be drinking. 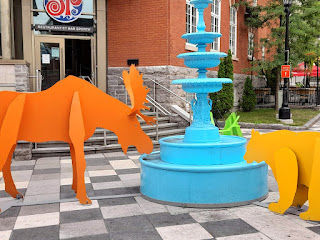 M Chadid's Havre de paix provided a colourful comment in three dimensions wondering if even predators can live together in peace with their prey. 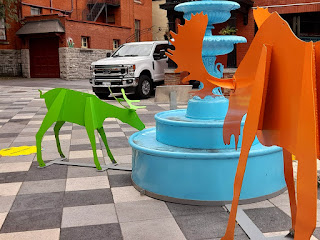 I could hardly miss the flock of butterflies soaring in the space between the buildings! 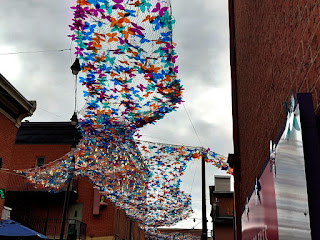 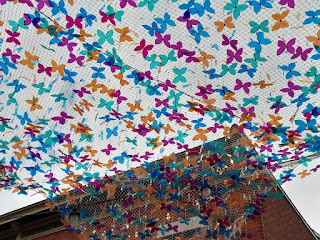 A short block away there were several more murals. The jazzy covering of a complete building is a celebration of this area’s past as “Little Chicago” (though according to Wikipedia this is due to crime in the area around the time of Prohibition). 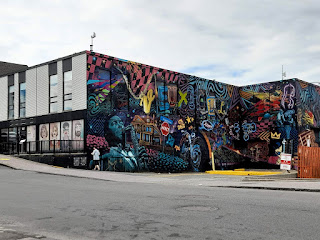 This past is brought to life by Philippe Landry and Marin Mitrasinovic. 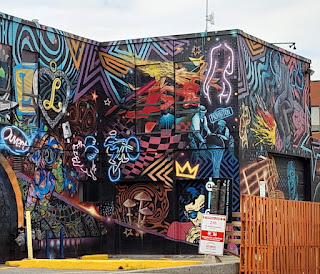 Although this building mural was also lively and colourful (and next door to the other one!) it was NOT part of the cultural trail so I do not know who the artists were. 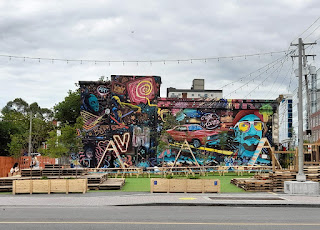 Kitty corner to this was Mitrasinovic’s solo mural, “Pop 60”, to my eyes interesting but not as rich or lively as the jazzy one she did with Landry. 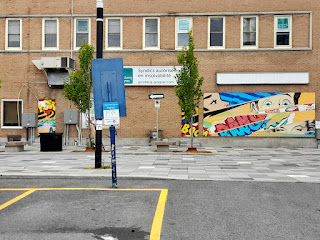 Posted by Lorraine Whelan at 10:59