At the end of July, when I was in Canada again, I strolled the downtown area of Gatineau (this area was formerly known as Hull) on Le sentier culturel to see outdoor sculptures, murals and artistic interventions. This is my third post about the cultural trail and my previous posts may be seen here and here. 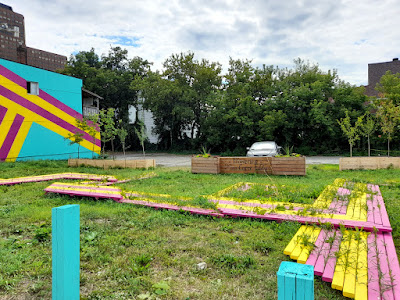 Each artwork had a nearby didactic in both French and English, which gave the title of the work, artist's name and link (if applicable) as well as a brief explanation of the work. 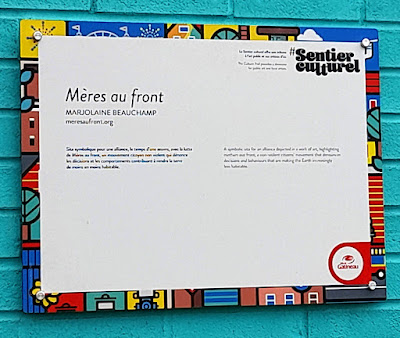 Often on the nearby footpath a colourful marker acted as a reminder of the nearby artwork. I was pleasantly surprised by the lack of vandalism along the trail. Small perspex/plexiglass holders containing free colour brochures that included a trail map could be found near every artwork. 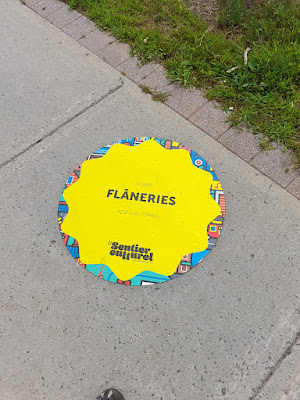 The colourful abstract mural on this building was certainly eye-catching! 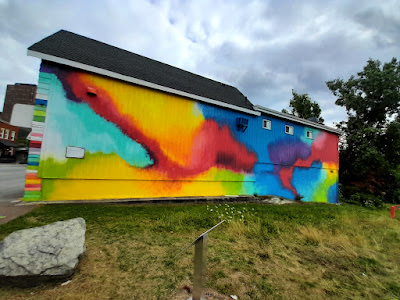 I was especially drawn to the painted corner bricks. 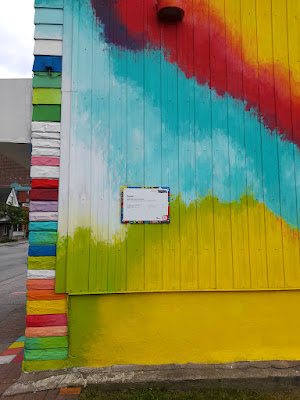 I wasn't particularly impressed by the mural on the side of this container building, but I was again impressed by the lack of vandalism! The container had an end entrance that lead to a mini cinema where a video was playing on a loop. One could sit down and watch the video or simply take a peep. 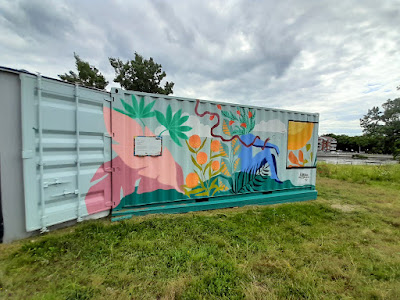 A short walk to the edge of the canal brought me to another sculpture and works that could be seen across the water. 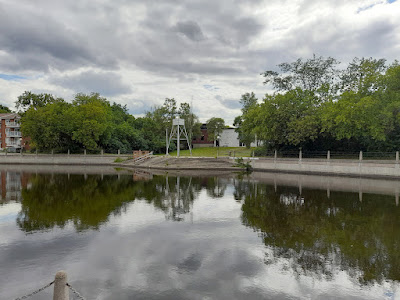 Although this picture shows another artwork across the canal, I was more interested in the reflections and the architecture... 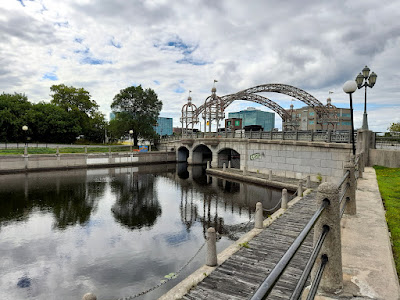 There were many murals along the trail, but this one, by Dominic Laporte, was my favourite. It was painted as a tribute to the historic textile industry of Hull (downtown Gatineau) and the women textile workers. 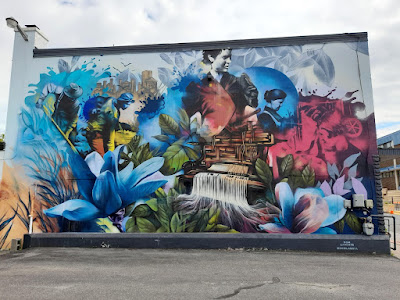 As well as being an explosion of colour, what I especially liked was that from a distance the mural appeared to be tightly painted, yet from a closeup point of view the solidity seemed to disintegrate (as with the ethereal loom) and 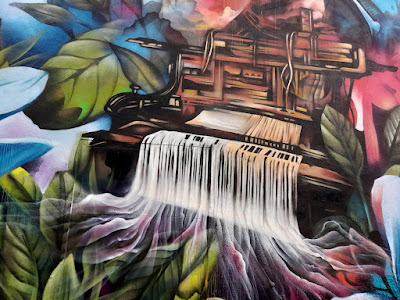 the painting technique was incredibly loose as colours dripped into each other. Further information on the art trail and the artists involved can be found on Le sentier culturel website. 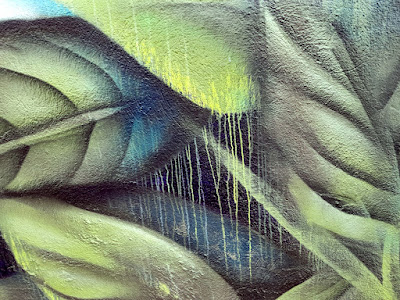 Posted by Lorraine Whelan at 08:21